Scientists estimate that the Caribbean has lost an astounding 60 percent of its healthy coral in the past three decades. While there are a number of conservation and restoration programs working to preserve these environments, they have been challenged by the lack of detailed maps of the area’s benthic habitats. An environmental nonprofit is helping by using an eCognition-based mapping technique to create the first-ever, high-resolution benthic habitat maps of the Caribbean Basin.

The Caribbean Division of The Nature Conservancy has been focused on monitoring, protecting and restoring the region’s marine environments for more than 40 years. As the plight of coral reefs has become more urgent, so too have TNC’s efforts to tackle coral conservation — and meet the demands for better maps.

“Reef maps are an essential tool for coral resource managers, but historically these maps have had insufficient detail, been outdated or been produced for small areas,” said Dr. Steve Schill, TNC’s lead scientist and marine conservation specialist in the Caribbean Division. “Not having access to accurate, large-area reef maps has limited our understanding of these ecosystems and the benefits they provide.” 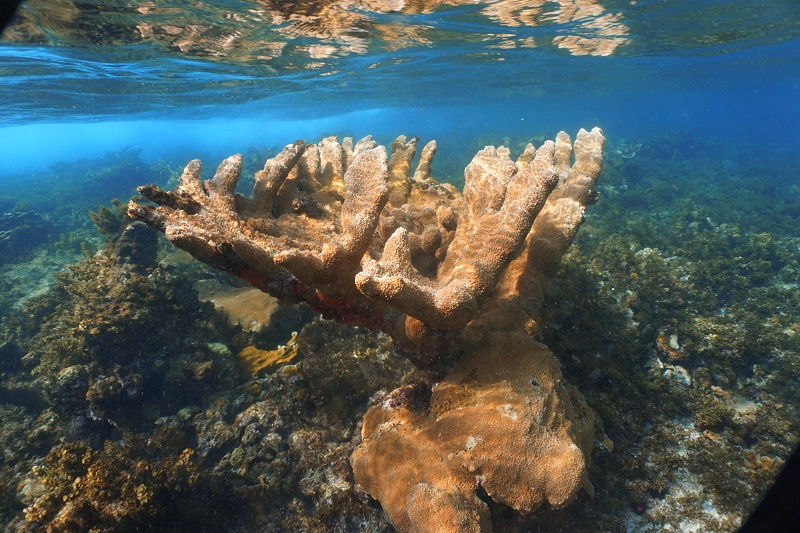 An Elkhorn coral colony just off Isla Catalina in the Dominican Republic. This coral is typically found in shallow areas with high wave energy.

Having used Trimble’s eCognition object-based image analysis software for automatically classifying and mapping small reef areas, Schill believed eCognition could be the enabling, scalable approach to map the hundreds of thousands of reefs across the region.

To begin, Schill worked with technical professionals at Earth observation company Planet and researchers at Arizona State University to select more than 30,000 4-meter-resolution scenes from the Dove satellite constellation. The team then created a seamless mosaic of the whole Caribbean Basin. They also partnered with eCognition specialists Tama Group to develop the OBIA method to automatically classify benthic habitats. 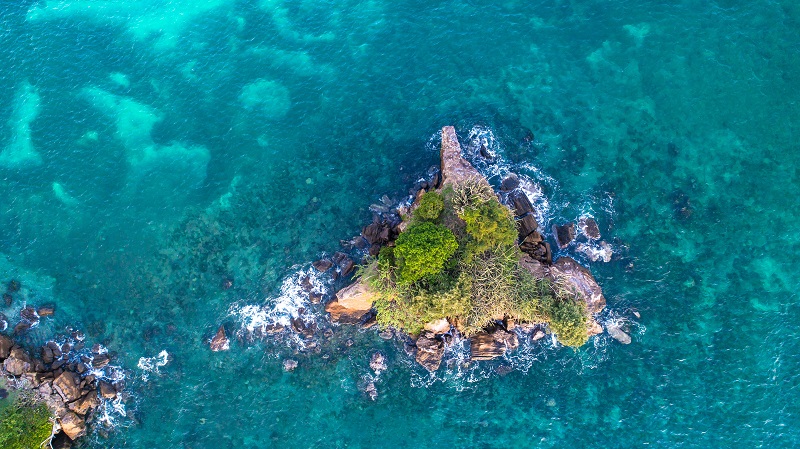 An aerial view of Grenada. Photo by Hugh Whyte on Unsplash

“eCognition is smart,” said Ralph Humberg, Tama Group’s managing director. “It takes in all this information we give it about coral reefs and uses it in the context of pixel characteristics and spatial relationships to classify features. It knows where features should and shouldn’t exist. That’s why it can accurately classify objects that look similar, like seagrass and hard bottom with algae.”

Using this workflow, eCognition successfully classified the shallow water benthic habitats of the entire Caribbean Basin in four months — an area about the size of Texas and California combined. The software exported each classified area as vector shapefiles and Schill and his team downloaded them for analysis and quality control.

With each classification, Schill’s team has been assessing the data to map the benthic habitats. Moving from reef to reef, they’ve been using field data to methodically analyze the accuracy of the classifications, and making manual corrections where needed. 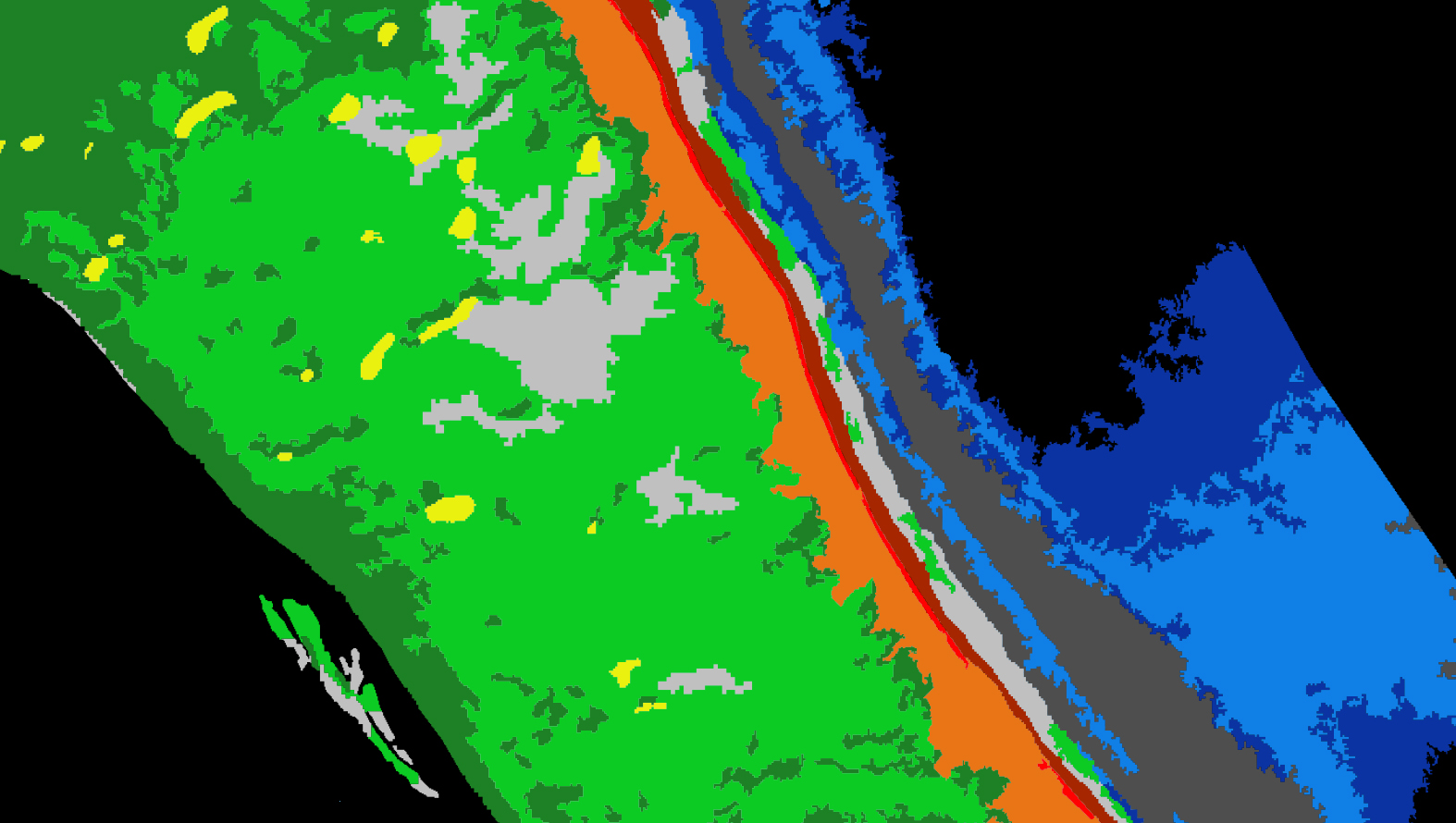 An eCognition classification of 14 different benthic habitats for Turks and Caicos.

“Combining eCognition with Dove imagery has made mapping at this scale possible,” said Schill. “We’ve never before been able to map such large areas at such detail. With these high-resolution coral reef maps, resource managers can better understand the benefits these habitats provide to people and develop strategic conservation actions.”

What’s Wrong with the 2020 Census - Why You Should Care - How to Deal with It
What is LaserGIS® & Offset Mapping?
This Planet Ocean: Mapping the Other Two-Thirds of the World
Top Geospatial Webinars of 2021
Top Geospatial Articles of 2021
Top Geospatial News of 2021
Equity Mapping: How We Can Do More with GIS
Many Faiths, One World: The Geography of Religion
Coincidence, Correlation or Causation? The Geography of Mysteries
Leading with GIS for Better Citizen Services
How to Ensure Your GIS Analytics Project Succeeds
New Paradigms in Land and Asset Management
Podcast: Geospatial Experts as Witnesses
An Easier Way to Work with Imagery & Raster Data
Open Data, Local Knowledge and Geospatial Technologies: Public Participation is key to disaster recovery
Women's Geospatial Perspectives Bring New Ways of Thinking
Paving the Way to More Inclusive Conservation Efforts
Why Cartography Still Matters