From Farm to Table: Mapping Our Meals

“The future of the nations will depend on the manner of how they feed themselves.” So wrote the French epicurean Jean Anthelme Brillat-Savarin in 1826.

I love food; who doesn’t? Our entire civilization depends on food consumption and, therefore, food production. For hundreds of thousands of years, from the Paleolithic era, our ancestors lived on hunting and gathering. Then, 10,000 years ago, came the Neolithic Revolution in the Fertile Crescent of Mesopotamia (now modern-day Iraq), when we developed agriculture and settled down in villages, which sometimes became cities. Now we live in a new age, in which we may not even know from where our food comes.

In this article, we’ll explore how geospatial technology (GST) has been an essential component of managing food production from ancient times to the meal we ate this morning.

One of my favorite subjects in graduate school was cultural ecology, the study of how humans interact with their environment. The modern version of this began with the eminent Carl Sauer, who wrote seminal papers on the subject, using archaeology, geography and personal fieldwork to illustrate how people and their sustenance are inextricably intertwined.

Dr. Sauer’s work was in the pre-digital age of the mid-20th century, and his work led many other researchers to further discoveries using modern technology. In the nascent days of GST, my professor at Indiana University, Dr. Emilio Moran, began using the same integrative research techniques to analyze demographic and economic data, and satellite imagery, both to answer and create questions about global food sustainability.

Other researchers have continued on this path. In 2012, Professor Megan Konar and her team at the University of Illinois developed “the first high-resolution map of the U.S. food supply chain, [showing] a comprehensive snapshot of all food flows between counties in the U.S.” This enlightening map and its associated database paint a picture of how food flows across the nation. Dr. Konar, like her predecessors, brought in specialists from multiple disciplines, and integrated eight databases. (Interestingly, Los Angeles County in California is both the largest exporter and importer of food.)

Academic studies, however important and interesting, can be difficult to understand for the casual audience. The power of maps is using data to tell “digestible” stories. In “40 maps that explain food in America,” vox.com explores topics ranging from regional food preferences to “Where are hurricanes (and Waffle House)?”

Mapping from the sky: How NAIP began

These days, we take aerial photography for granted as one of our standard base layers. There are dozens of satellites taking pictures of the Earth every day, every minute. How did it all begin? One of the first modern endeavors was the USDA Farm Service Administration’s Aerial Photography Field Office, which began a systematic program in 1955 to establish a nation-wide archive. Most of these photos are still available in many different formats.

This program evolved into the National Agriculture Imagery Program, which “acquires aerial imagery during the agricultural growing seasons in the continental U.S. A primary goal of the NAIP program is to make digital orthophotography available to governmental agencies and the public within a year of acquisition.” 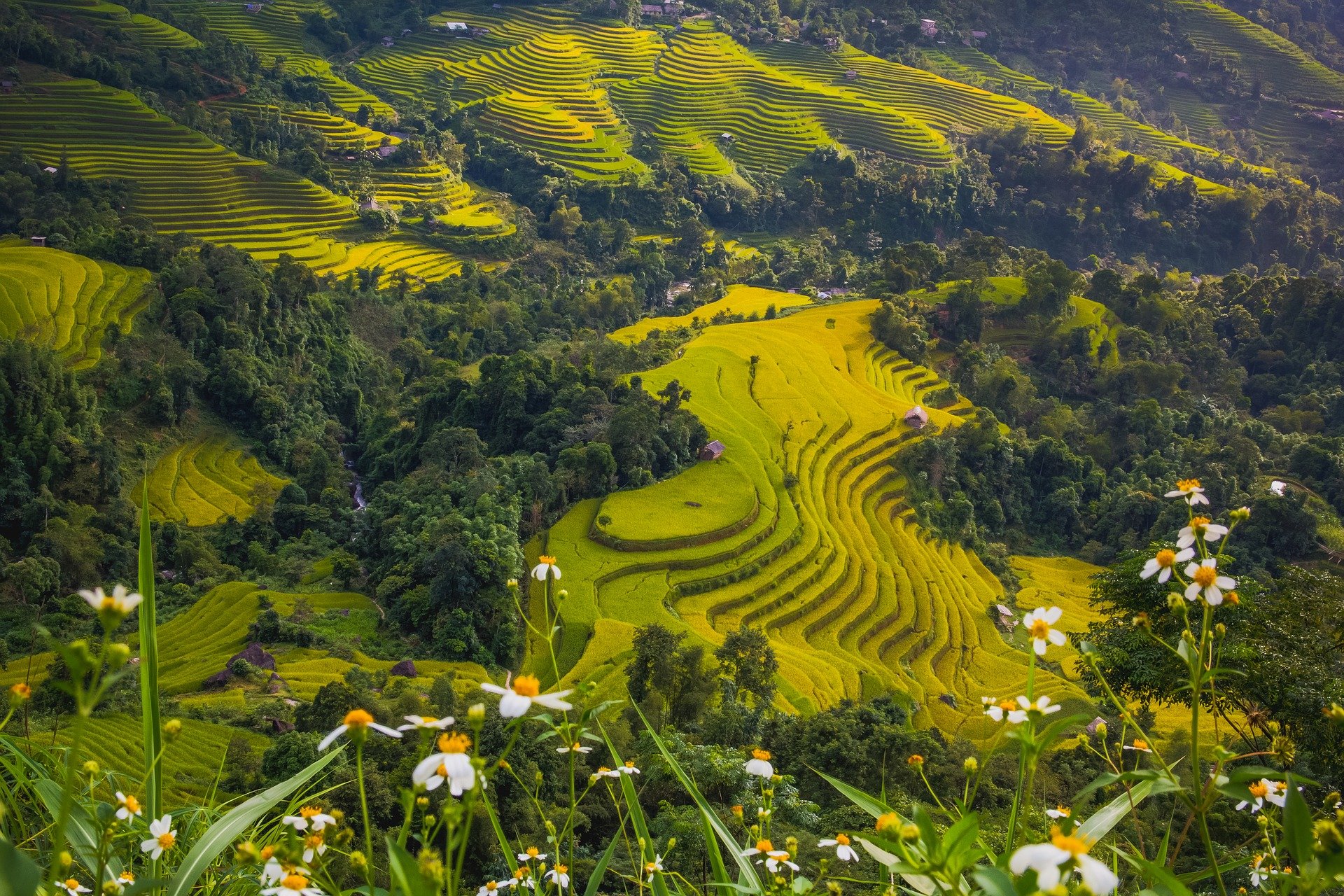 Agriculture is an enormous sector of the global economy, from coffee to wheat, and the market is subject to geopolitics and environmental conditions. Large or small, farms of any size operate on slim profit margins. Efficiency is essential.

One of the first modern uses of GST in farming was precision agriculture, with which fertilizer, water and herbicides could be selectively applied using GPS, soil maps and ground sampling. The John Deere company pioneered this technology more than a century after its founder revolutionized plowing technology. Initially it was only suitable for large-scale operations, due to the low accuracy of GPS at the time, but it is now being used at much smaller scales with much more sophisticated technology and sub-meter accuracy.

Agriculture at the commercial scale requires enormous amounts of chemicals, and is therefore a contributor to pollution, both point and non-point, affecting drinking water, natural waterways and air quality. The nonprofit Environmental Working Group and the USGS have both developed interactive maps and databases to visualize the problems and provide stakeholders and the public access to empirical data.

Clean water means clean food, so agriculture also suffers from pollution. Aquaculture is an excellent example. Raw seafood such as sushi and oysters (two of my favorites!) require very clean water. GST has been used in many places, like North Carolina, to minimize pollutants that can negatively affect aquaculture and fisheries.

The geoduck (pronounced gooey-duck) is a massive (and tasty) burrowing clam native to Puget Sound. An important food source for local tribes, it is also a commercial harvest. The Nisqually Tribe used GST to make a map of delineated harvest areas as well as of polluted areas in order to maintain a sustainable, safe and equitable harvest.

The Nature Conservancy owns land and manages projects across the globe that integrate sustainable agriculture and aquaculture with land and water conservation and restoration. Their robust GIS program integrates digital data with local knowledge and participation. Whether identifying habitat for sustainable fisheries in South Carolina or tracking elephants in Kenya so that pachyderms and farmers can coexist, GST plays a critical role in all of their projects.

Where can you farm?

In the U.S., China, Russia and many other countries, there are millions of acres of flat land suitable for cultivation. In other lands, the rainfall is abundant, the climate is suitable, but the terrain is steep. Yet the people there were, and are, able to feed themselves through terrace farming, where walls are built along contour lines to make stable surfaces.

This practice has been going on for millennia, and continues to this day. Lidar has become one of the most powerful tools in GST for three-dimensional mapping. In Europe, lidar and Relative Path Index techniques have been used to identify and mitigate erosion impacts from terraced vineyards.

Illustrating how long this practice has been used, archaeologists have used lidar to map abandoned terrace farms in Mayan Belize, Hawai’i, and other islands in the South Pacific, including American Samoa and New Guinea. 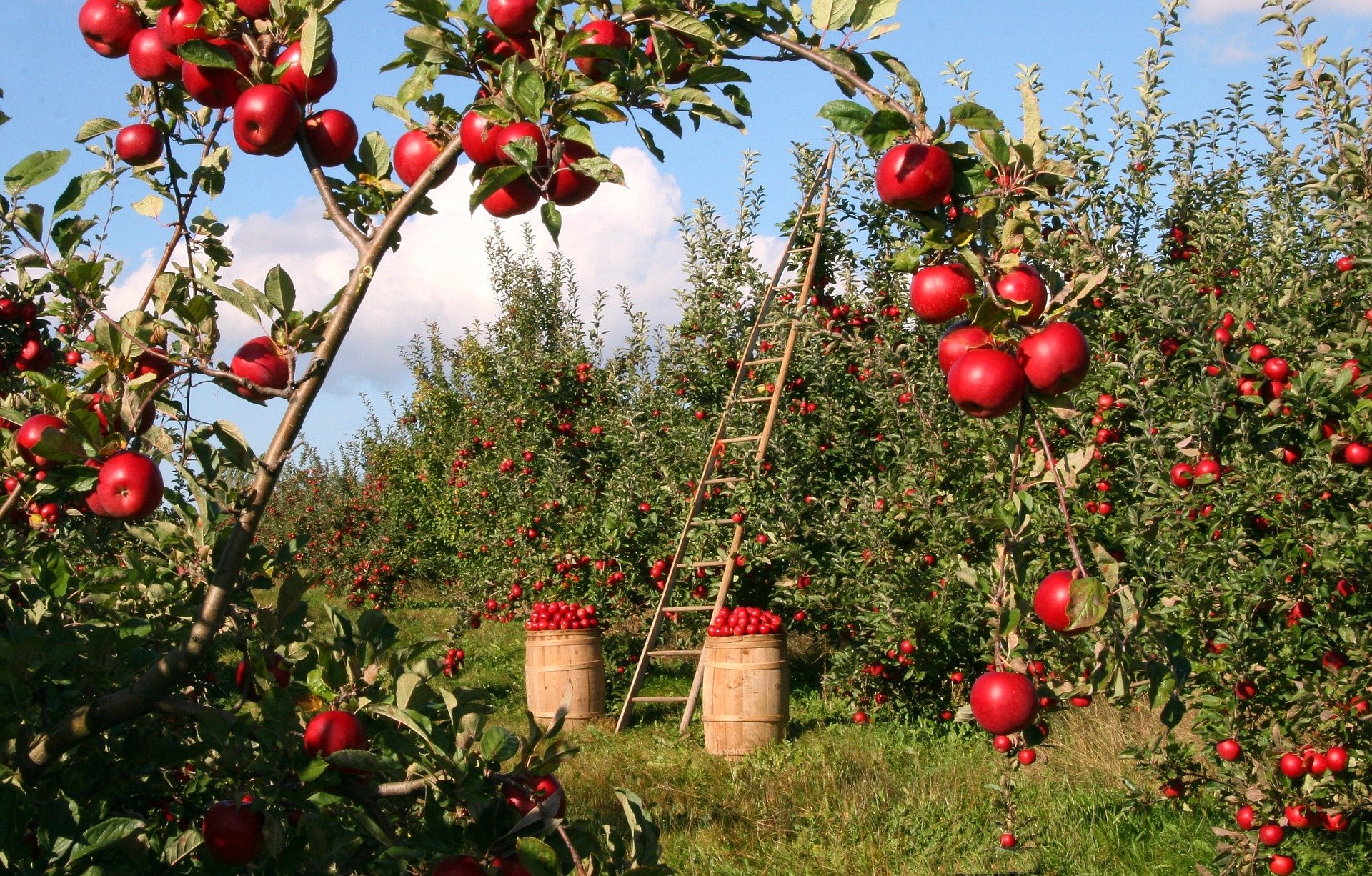 In our world of plenty, it is unconscionable that millions go hungry. The Food and Agriculture Organization of the United Nations leads international efforts to defeat hunger. They have developed a framework for a food insecurity and vulnerability information and mapping system. Although yet to be implemented, it is a great step forward.

“Food deserts” are communities in the U.S. where fresh food is scarce but fast-food and c-stores abound. Scientific American has developed a fascinating, if not uplifting, series of maps showing the correlation between food deserts and health metrics. Even at a glance, the patterns are clear. Appalachia, the Deep South and Tribal areas suffer most. Hopefully, these maps can offer policy-makers and grass-roots organizations insight into where efforts and resources should go to improve the health of all Americans.

My nephews and brother live in Flagstaff, Ariz., a beautiful place of mountains and forests, but virtually no agriculture. As my brother said, “They have no clue about farming.” When we all gather in Oregon, southern Arizona or Indiana—places rich with agriculture—my brother and I show them the orchards, cotton fields and ranches, and explain that this is where their food and clothing originates.

One of my favorite exercises with primary students in autumn is to map how far their Thanksgiving meal may have traveled. Esri has developed a county-level story map for this using USDA data, but l always like to teach with paper, pencils and rulers. I use this map as the source, and print out blank U.S. maps for each student with a simple scale bar, which they use to track the distance their meal may have traveled. (Measuring scale meets math standards!) It is certainly not a precise figure, but as they draw lines from our home to distant states, it helps them understand how connected and interdependent we all are.

Citing the bath sponge from the South Pacific, the soap from France, the coffee from South America, the tea from China, the cocoa “poured into your cup by a West African,” the toast “that’s given to you at the hands of an English-speaking farmer, not to mention the baker,” the Rev. Dr. Martin Luther King reminded his congregation on Christmas Eve in 1967, “Before you finish eating breakfast in the morning, you’ve depended on more than half of the world.”