As more countries move to preserve their historic relics, one Vietnamese municipality is turning to 3D laser scanning to document its treasured buildings, with excellent results. The Saigon Opera House—also known as the Municipal Theatre of Ho Chi Minh City—is a beloved structure that has served as both a performing arts facility and government building. Now, it has returned to its roots as an events venue and the local government wants to ensure it can be rebuilt should anything happen.

With modern advancements continuing to creep further into our lives, many governments are realizing the importance of saving historic relics. In Vietnam’s capital, Ho Chi Minh City, for instance, there are more than 150 historic structures, including the Ho Chi Minh City Post Office, Museum of Fine Arts and Notre Dame Cathedral.

Perhaps one of the most cherished buildings in the city is the Saigon Opera House, built in 1897 by French architect Eugène Ferret, who created what is the country’s best example of Vietnamese beaux arts. The elegant three-story structure in the heart of downtown has been a major tourist attraction for decades.

To preserve the Opera House’s place in history, the Department of Culture and Sports decided to create a 3D model of the building’s façade. Creating a 3D representation would help the government restore the opera house if it ever needed to be repaired or replaced. A 3D model would ensure that the building’s detail and design were safely preserved. The Department of Culture and Sports selected VMT, a full-service consulting and engineering firm, to handle the project.

Huynh Si Nguyen, co-founder of VMT Solutions Ltd., said his company was contacted in May 2020 about scanning the Opera House. VMT has scanned other old buildings in the city, including Saigon’s City Hall. “The Saigon Opera House is very important because it has been a part of Vietnamese culture for more than 100 years,” he said. 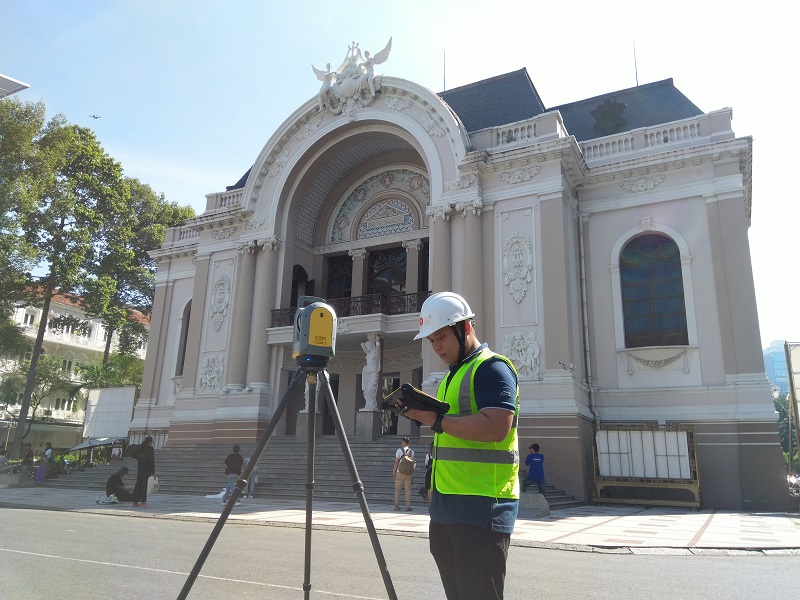 They chose the Trimble X7 3D laser scanner to complete the task. “The mapping needed to be extremely accurate,” Nguyen said.

VMT used the laser tool to scan and measure the exterior conditions and features around the façade of the building. “This is very important to the control point clouds in the project when they are combined with point clouds from the images,” Nguyen said.

“We used a drone and Nikon camera to take pictures where a laser scanner didn’t have easy access, such as the roof, reliefs and statues,” Nguyen said. “There were 36 scan stations, and when we were finished, we had a 3D mesh façade with texture that was used to support design projection mapping. This is important to the customer since the mesh allowed them to easily and quickly continue with the optimization.” 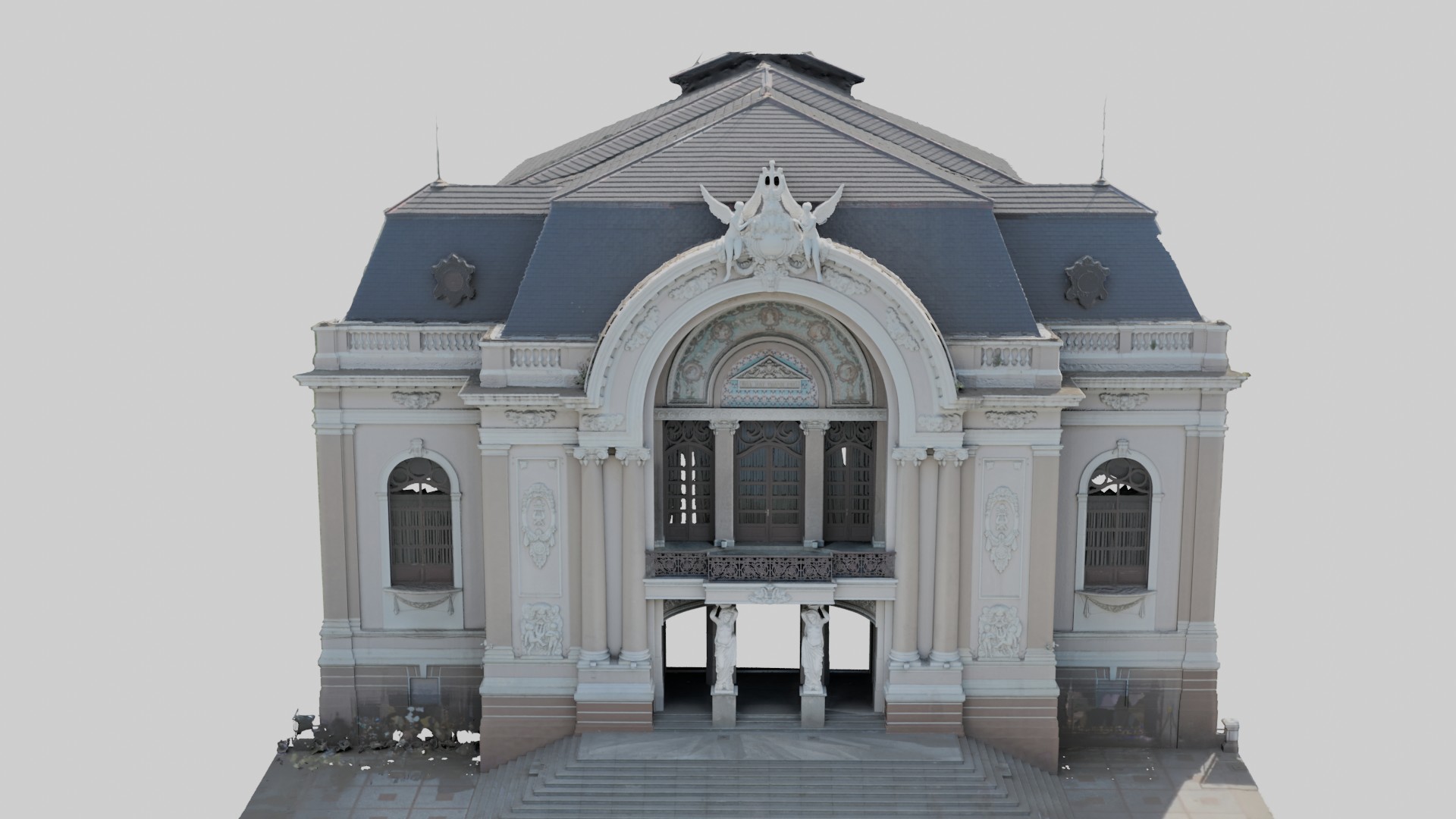 Once VMT had captured the critical details, the engineers developed a 3D photograph of the structure using BIM to capture 3D details about the size and material of the building. A 3D mesh façade of the opera house was created from the point cloud, which VMT Solutions delivered to the customer. “They can print the digitized data and then make a model of the same size with the same material,” Nguyen said.

Nguyen was pleased with the results, especially the onsite scanning, which took only four hours. “Previously we needed to combine the data of the terrestrial laser scanning and then take photos by hand or by drone,” he said. “The 3D scanning let us see the results of the field work immediately. It makes the field work faster and more efficient,” but more importantly, “We have improved confidence in our data capture.”