Mapping Energy from Extraction to Disposal

Good morning, it is coffee time! Gurgle goes the pot, and bang goes the toaster, and hiss goes the hot shower. Clean clothes come out of the thumping dryer, and then I’m in the humming car on the way to work, where I fire up my computer and plot maps to the sound of the purring plotter. Not a bad way to start the day.

Every one of these activities depends on some kind of energy. The appliances are powered by electricity that comes from… I don’t where, except the outlet, which comes from the main line. The car runs on petroleum that has been transported, refined and shipped from many places, but all I know is that it comes from the pump.

The production of energy from raw materials is the subject of countless adventures and inventions as well as conflicts, and has affected global geopolitics for millennia. In this article, we’ll explore the many aspects of how geospatial technology is used in the cycle of energy use, from extraction to production, consumption and disposal.

This is a vast topic, and the nuances are far too complex to cover in a single piece. If you’re not up for reading the entire article, check out “11 maps that explain the US energy system.”

From where does energy come?

For most of human history, energy production came from mammals — humans, equines and camelids. Then came fire, which gave humans processed protein that allowed them to live longer and increased the energy output from their labor. This isn’t an anthropological treatise, but fire dramatically increased human productivity. Then agriculture followed, increasing energy output from animals.

Mammals and wood continued to provide the major source of energy production until we discovered coal. Finding maps and data on ancient coal mines proved difficult, but there are many static maps out there, such as this elegant one of England.

And thus began the Industrial Revolution. Work hours were no longer dependent on the sun’s light. In the U.S., coal was being discovered and extracted across the land, from coast to coast, as well as in England, China, and eventually, the entire world.

After coal came petroleum. Crude oil is inarguably the most widely traded commodity in the world and has defined life across the globe since the 1800s. Wars have been fought over it, and the vast and ongoing story is far beyond the scope of this article. Daniel Yergen’s book and series, “The Prize,” describes this fascinating, if often dark, story in detail. Published in 1990 and over 900 pages, it obviously requires a commitment.

Why we love and make maps is that they make information digestible in a visual format. Using Mapbox, Roque Leal created interactive maps of oil production, consumption and prices. The maps are scalable from the global level, showing deposits, to the local level, showing refineries and “oil units.”

If you can’t grow it, you have to mine it.

For most of human history, this was true. But is it now? Energy came from the ground, whether from mammals being fed by crops or from mining coal and oil. Now there is a growing emphasis on renewable energy, such as solar and wind. Are these renewable resources mined or grown, both or neither? And what defines “clean” energy?

Hydropower from dams produces no carbon emissions and relies on a natural source, water. In the northeastern U.S., the bustling industry of mills and factories was built on hydropower, and in the western U.S., hydropower gives electricity to millions of people. The Tennessee Valley Authority project electrified Appalachia and created new recreational opportunities. Today, it continues to integrate geospatial technology into its operations, both within the agency and for the public.

Hydropower has also devastated ecosystems and communities. The Three Gorges Dam in China, the world’s largest, has displaced millions of people. The population of native salmon in the Pacific Northwest has declined precipitously since the era of dam construction, and on the Colorado River, the mighty Hoover and Glen Canyon dams have transformed the entire ecosystem of a once free-flowing river into a series of massive reservoirs that supply emissions-free power and water to the metroplexes of Las Vegas and Phoenix. Instead of seasonally flooded, warm, silty water, in which an ecosystem once thrived, it is cold, sterile, and can be turned on and off like a faucet.

Driving through Oklahoma, I passed a large truck whose cargo was one single vane for a windmill. It was enormous! Wind energy produces electricity without carbon emissions, but not without costs. Wind farms can interfere with viewsheds, and kill migratory birds. Then there is the manufacturing process, which consumes energy. The USGS has an interactive site displaying wind farms throughout the U.S., offering various metrics, including height and capacity.

Electric cars are an alternative to internal combustion engines, which, in the U.S., are major contributors to pollution, especially in urban areas. However, electric cars are more expensive than traditional automobiles and require lithium batteries. Lithium has to be mined. It is distributed widely across the globe, but can be expensive to extract.

Close to home, there is a large and deep lithium deposit in the high desert of southeast Oregon and northwest Nevada, as described by High Country News. It is located near Tribal lands and ranches that depend on groundwater, which could be affected by the proposed mining.

Solar also has its benefits and challenges. I’m proud that the Oregon Institute of Technology is one of only a handful of universities in the world that are carbon neutral, thanks to an enormous solar array and geothermal resources. We offer both undergraduate and graduate degrees in renewable energy engineering, and many of the students enroll in our GIS courses.

The global solar atlas, built with OpenStreetMap, has an interactive map of solar energy potential around the globe, and the U.S. National Renewable Energy Laboratory offers interactive maps and downloadable data on solar resources in the contiguous states.

Yet solar has its pitfalls. The manufacturing of solar infrastructure requires energy, as does the transmission of the power. On campus, the solar array is just above us, and in a school full of engineers, it wasn’t hard to tie it into our grid. Large-scale solar projects are often in remote areas with no transmission mechanisms, and because of their vast size, may negatively affect the habitats of threatened and endangered species, such as the Mojave Desert tortoise.

From some points of view, nuclear power is another form of clean energy, with minimal carbon emissions and incredible efficiency. Others say it is the road to the apocalypse. Western Europe has the densest concentration of nuclear reactors, but there have been few incidents, perhaps due to the scarcity of earthquakes. The U.S. and Japan are close behind in the number of reactors, while China hosts the most new reactors. This map from the Guardian overlays nuclear plants with seismic hazard ratings.

As the tsunami of 2011 in Japan illustrated, well-vetted safety measures can mitigate a potential catastrophe. The Chernobyl disaster in Ukraine was on the opposite end of the spectrum, showing how poor preparation, or possibly none at all, can have terrible effects on a continental level.

What goes in must come out.

For every action, there is an equal and opposite reaction. When we consume food and beverages, we need to get rid of the waste products. The same is true of energy consumption, but that waste is often less wholesome and much more challenging to dispose of.

As I mentioned in previous articles, economically disinvested people typically bear the brunt of the pollution, but it can affect everyone. In first world countries such as Japan and the U.S., there are safety measures in place, but not everyone receives equal protection.

One of my students did a case study on wind farm equipment disposal. Those vanes only last so long, and as I mentioned above, they are huge. All of those materials have to go somewhere. Many superfund sites are the result of energy-based resource extraction, from mine tailings to oil spills. One of my early archaeology jobs was in Alaska, monitoring the effects of the Exxon Valdez oil spill. Compared to other waste disasters, it was fairly mild. It was cleaned up quickly, and just a few years later, the salmon and halibut were running again. 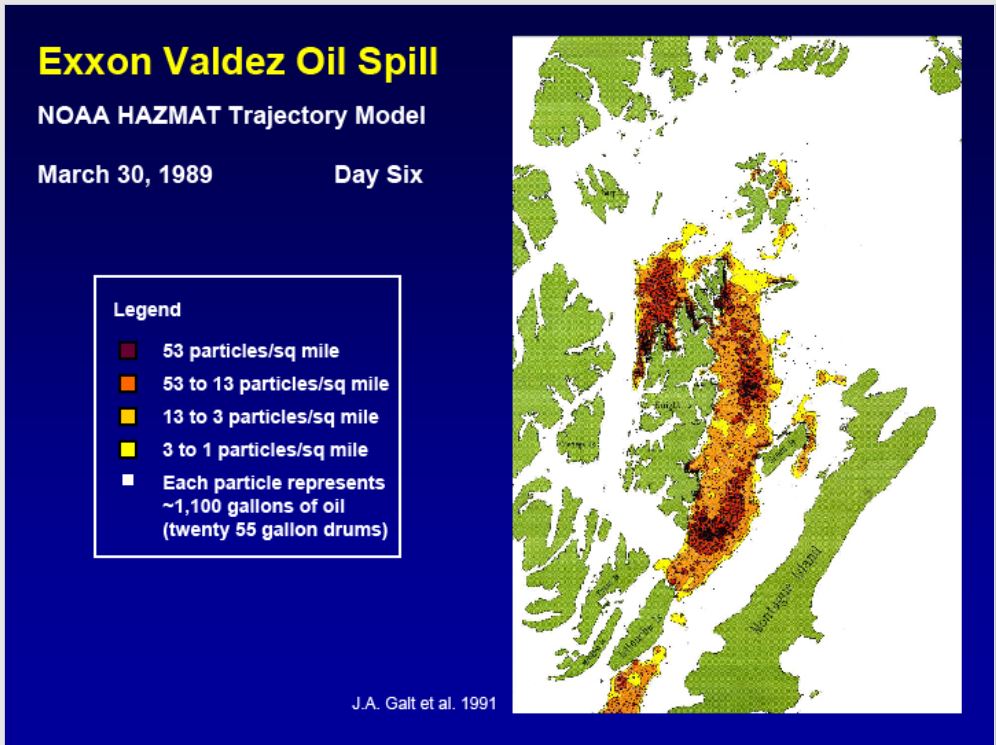 The list of other disasters, some costing hundreds or even thousands of lives, is sadly, far too expansive to cover here. Maybe a future article…

Maps to the rescue — as always, of course.

As we transition to renewables, we need to consider the costs and the benefits and how to mitigate harm. The Nature Conservancy has developed a fascinating map using more than 100 GIS layers of wildlife habitat and land use data to find optimal sites for renewable energy.

The dinosaurs, from whose remains we extract coal, oil and gas, lasted for hundreds of millions of years, and their brains were much smaller than ours. Hopefully with over seven billion frontal lobes, our species can last as long.