An Insider Perspective: A Personal Take on the Intersection of Public Health, GIS and Smart Cities, Part 1 - The Exposome

The following is the first of a two-part series by Lance McKee, who helped found the Open Geospatial Consortium and who retired from his OGC staff position last year. In the first part, McKee explores how the scope of public health is broadening and how geospatial technology and location data will play an increasingly important role in health as we build a technology foundation for the “exposome.” In the second part, the author asks readers to consider the mounting evidence that our health and the health of future generations are at risk from the weak electromagnetic fields emitted by our wireless technologies.

Ever since Dr. Snow’s mapping of the 1854 London cholera outbreak, spatial data have grown in value as a tool for public health. Public health researchers and practitioners benefit in many ways from the fact that health hazards data and health resources data have spatial elements. Global trends — urbanization, population growth, climate chaos, mobile devices, the growing importance of disaster management, and others — increase the need for integrating public health data with other kinds of spatial data.

Environmental health is usually seen as one discrete component of public health. From the perspective of Health GIS, however, it makes sense to expand the definition of “environmental” to include social, cultural, economic, technological, and political environments. All these environments have local specificity, which means that data about them can be analyzed together with chemical and biological sampling data to understand the larger context of exposure to disease germs and environmental pollutants. Also, apart from germs and pollutants, these “soft” environments are all factors in health care availability and delivery. Information Technology standards development efforts play a major role in facilitating the sharing and integration of all these many types of data.

Figure 1: From a geospatial technology point of view, public health is all about relationships between environmental data layers, both "hard" and "soft." The next article in this series will explain the reasons for including “electromagnetic” in the list of “hard” environmental features and phenomena. (Figure by the author.)

The need to integrate “soft” and “hard” data was apparent in various public health/environmental health geospatial technology applications that were presented at the June 2017 session of the OGC Health Domain Working Group:

One of the OGC Future Cities pilot project’s scenarios — to be implemented in the borough of Greenwich, England — addresses fuel poverty and the provision of adult social services. In Future Cities, OGC is working with other standards development organizations to converge BIM, 3D, and geospatial standards. Convergence of indoor, outdoor, and socio-economic data will be important in supporting future healthcare initiatives like those described above.

The exposome is spatial and temporal.

In biological research, a growing set of “omics” disciplines — transcriptomics, proteomics, etc. — have grown out of the big data, advanced analytics, and standards methods so successfully applied to genomes in genomics. I am indebted to Kym Watson of Fraunhofer Institute, an OGC member organization, for introducing me to “the exposome.” The U.S. Centers for Disease Control and Prevention’s National Institute for Occupational Safety and Health exposome page defines the exposome as:

“... the measure of all the exposures of an individual in a lifetime and how those exposures relate to health. An individual’s exposure begins before birth and includes insults from environmental and occupational sources. Understanding how exposures from our environment, diet, lifestyle, etc. interact with our own unique characteristics such as genetics, physiology, and epigenetics impact our health is how the exposome will be articulated.” 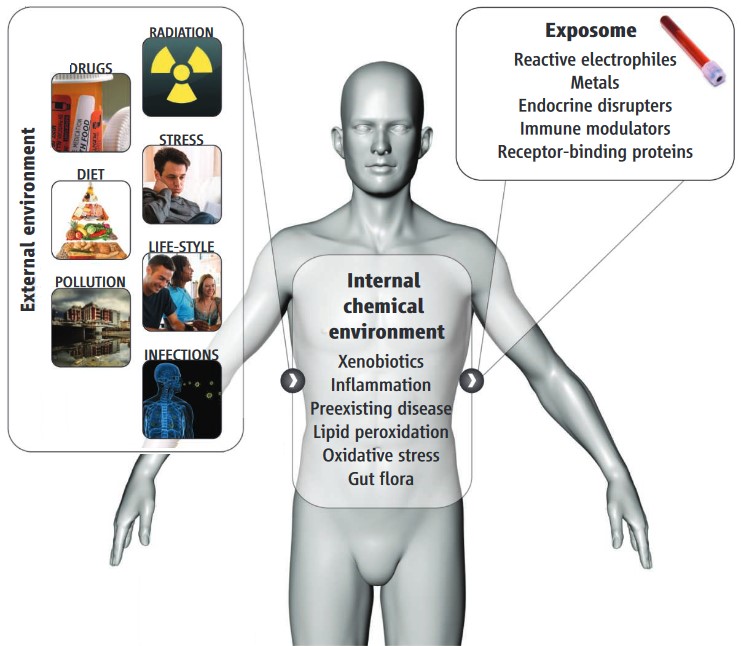 Figure 2: The exposome. (Figure from Center for Integrative Research on Childhood Leukemia and Environment).

Radiation, shown in the figure, is normally assumed to mean ionizing radiation (ultraviolet and higher frequencies), but, as explained in the next article in this series, research shows that even very weak sub-infrared electromagnetic fields can have consequences for health.

As medical informatics advances, the exposome and “exposomics” will become, I believe, a very important part of public health as well as medical research and health care. Without big data, advanced analytics, and standards, it would be impossible to trace multi-factor relationships between external and internal determinants of health. We are just at the beginning of integrative medicine.

Public Health in the Anthropocene

Global ecological changes will certainly impact public health in the decades to come, expanding the need for holistic understanding facilitated by access to many diverse data sources.

Stepping backwards into this topic, consider the theory that a public health disaster ushered in the Anthropocene Epoch. The Anthropocene is a proposed geological epoch dating from the beginning of significant human impact on the Earth's geology and ecosystems. Between 1492 and the mid 1600s, an estimated 50 million inhabitants of North, Central, and South America died, some from violence at the hands of Europeans, but most from European diseases. A paper, Defining the Anthropocene, published in the journal Nature in March 2015, explains that that dramatic drop in population allowed 65 million hectares of farmed land in the Americas to return to forest. The growth of so many trees sequestered enough carbon dioxide to cause a now measurable temporary cooling of the Earth’s atmosphere. 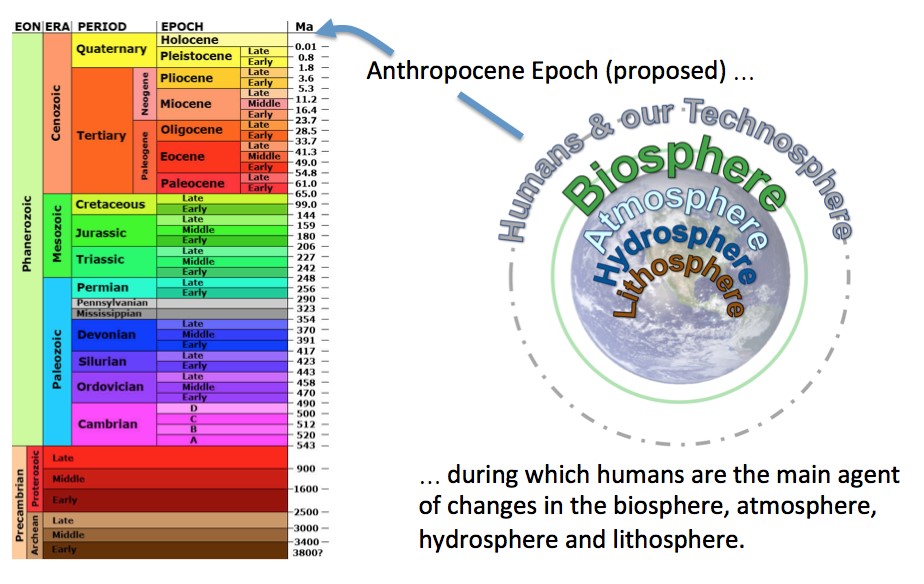 Figure 3: The Anthropocene Epoch. (Figure by the author.)

If one draws a sharp line between humans and other life forms and views the Anthropocene as a game of “humans versus nature,” that human-caused loss of human life was a human error that ceded points to nature. Now, of course, nature is losing, as human activities inflict countless adverse effects on the Earth’s biological systems, largely through our impact on Earth’s physical systems. But the game isn’t over. We know that humans’ attacks on nature put humans’ terrestrial life support systems — and human health — at risk, and these risks play out locally, shaped by local contexts. We need to stop thinking of it as a game and begin what must become an ongoing negotiation with our adversary/partner.

We are, humbly, just one set of agents among billions of sets of “agents” in a dynamic global “Earth physiology” macro-ecosystem. The Earth is the stage for countless complex and intensely local competitions and interactions among many inescapably interactive agents. The agents include all the Earth’s living things, including us, as well as the features and phenomena of our shared inorganic environment. Adding to this mind-boggling complexity, constant and pervasive biological evolution makes the future quite unpredictable. After disrupting many of our planetary life support systems, we must now focus on attempting to preserve and manage those systems. 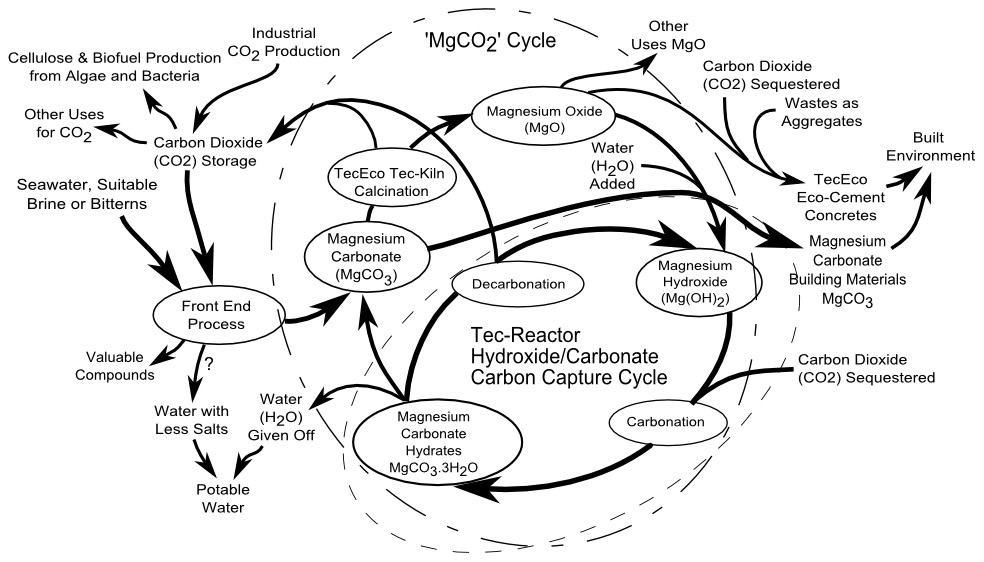 Figure 4: This diagram from the web page of Tececo Pty. Ltd. illustrates how humans will need to become sensitive and proactive agents in managing relationships among a very wide range of interacting natural processes if we are to survive the consequences of our historic assaults on those processes. Public health will obviously be one factor in guiding such activities.

Smart Cities are intended to improve the lives of citizens taking into account such factors as health, social mobility, economic success and environmental sustainability. Ubiquitous 24/7 wireless connectivity is assumed to be an essential part of this well-intentioned progress. But are we going too fast, rushing headlong into expansion of wireless infrastructure while there are growing concerns about the health effects of “electrosmog?” The author believes that, unlikely as it seems, we are headed into a period where unbiased bioelectromagnetics science will suddenly get the visibility and funding it has long deserved. As soon as there is broad awareness of what is already actionable science, our wireless devices and their infrastructure will begin going through several rapid generations of less safe technology being replaced with safer technology. We’ll explore this issue further in part two of the series.

The author has not been paid by OGC to write any of the articles in this series and has not sought input from OGC staff or board of directors on the content. The opinions expressed here are the author’s alone and do not reflect official or unofficial positions of the OGC.