Alaska is known as the “last frontier” because of its rugged, remote landscape, but it’s also a last frontier of sorts for the GIS community. While high-resolution aerial imaging would be valuable for a variety of reasons – public safety, protecting natural resources, identifying geo-hazards, land use, and state and federal programs, to name a few – it is cost-prohibitive for any one organization to do.

Faced with a dearth of detailed maps, when compared to other U.S. states and territories, Alaska is an ideal area to leverage the United States Geological Survey 3D Elevation Program. The USGS developed 3DEP to identify elevation data gaps, foster partnerships among groups that had common geospatial needs and project scopes, and help minimize costs and improve the impact of a project.

Each year, 3DEP selects partnership proposals and provides federal matching funds to help finance large-area LiDAR collections. In 2016, our project to map Prince of Wales Island – the third largest island in the United States and one of the islands in the Alaska panhandle – was one of those chosen to be part of the 3DEP program. The combination of nonprofit, private and government partners, as well as our target area in Alaska, made the project a prime example of how 3DEP is supporting geospatial needs in underserved areas. 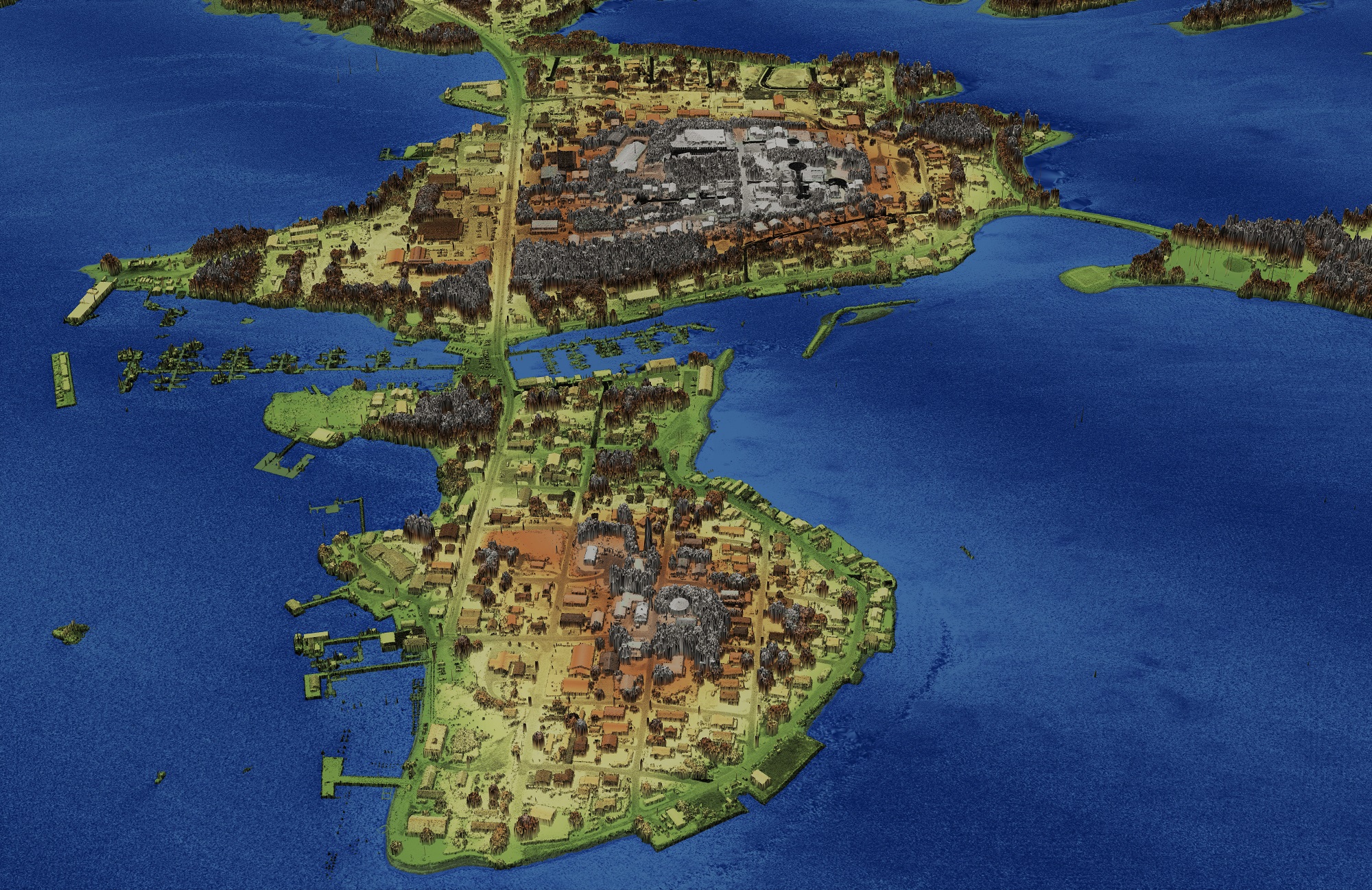 The idea for a collaborative project on Prince of Wales Island began percolating in the summer of 2016, with a focus on various land management planning initiatives. The island, which is slightly larger than the state of Delaware and home to about 4,000 people, is heavily forested. With previous 5-meter resolution mapping statewide, there wasn’t sufficient density to penetrate the forest canopy and get good data on the forest floor.

In my role at The Nature Conservancy’s Alaska field office, I’ve had a lot of experience managing collaborative funded mapping projects, so I took the lead in bringing together partners that could benefit from LiDAR mapping and developing a project to propose for 3DEP support. Because there are so many use cases for LiDAR, we were able to garner support quickly from several diverse partners. The Nature Conservancy – a nonprofit – was joined by major landowners including the U.S. Forest Service and Sealaska, a native Alaskan corporation, both of whom are active in the local timber industry. Together our goal was to gather the highest resolution data possible, and make it available to anyone to use, without exclusion.

Developing the Prince of Wales Project

With core partners on board, we started structuring the project. Because the 3DEP program allows applicants to identify a preferred vendor, we decided to engage early with geospatial data firm Quantum Spatial Inc. to help us define our project parameters and develop our 3DEP application. QSI provided three key factors that we needed in order to complete our application: local experience, combined with national scope; the ability to identify a realistic and accurate cost structure; and perhaps most importantly, 3DEP experience.

As we were developing the project, several other agencies and organizations in the state expressed their support. Recognizing the benefits, but facing budget constraints that prevented cash contributions to the project, Alaska’s Department of Natural Resources  offered in-kind support for boots-on-the-ground survey control. We also received letters of support from small tribal organizations, villages, and others, who couldn’t provide funding, but supported our goals and could benefit from the data we were collecting.

Working quickly, we completed our 3DEP application and submitted it on October 1, 2016. While the application was being evaluated, another organization – the National Resource Conservation Service – contacted us with a contribution of another $300,000 that it was planning to use for its own data collection on Prince of Wales Island. All told, the project had $1.3 million earmarked for it, including $950,000 from the U.S. Forest Service. 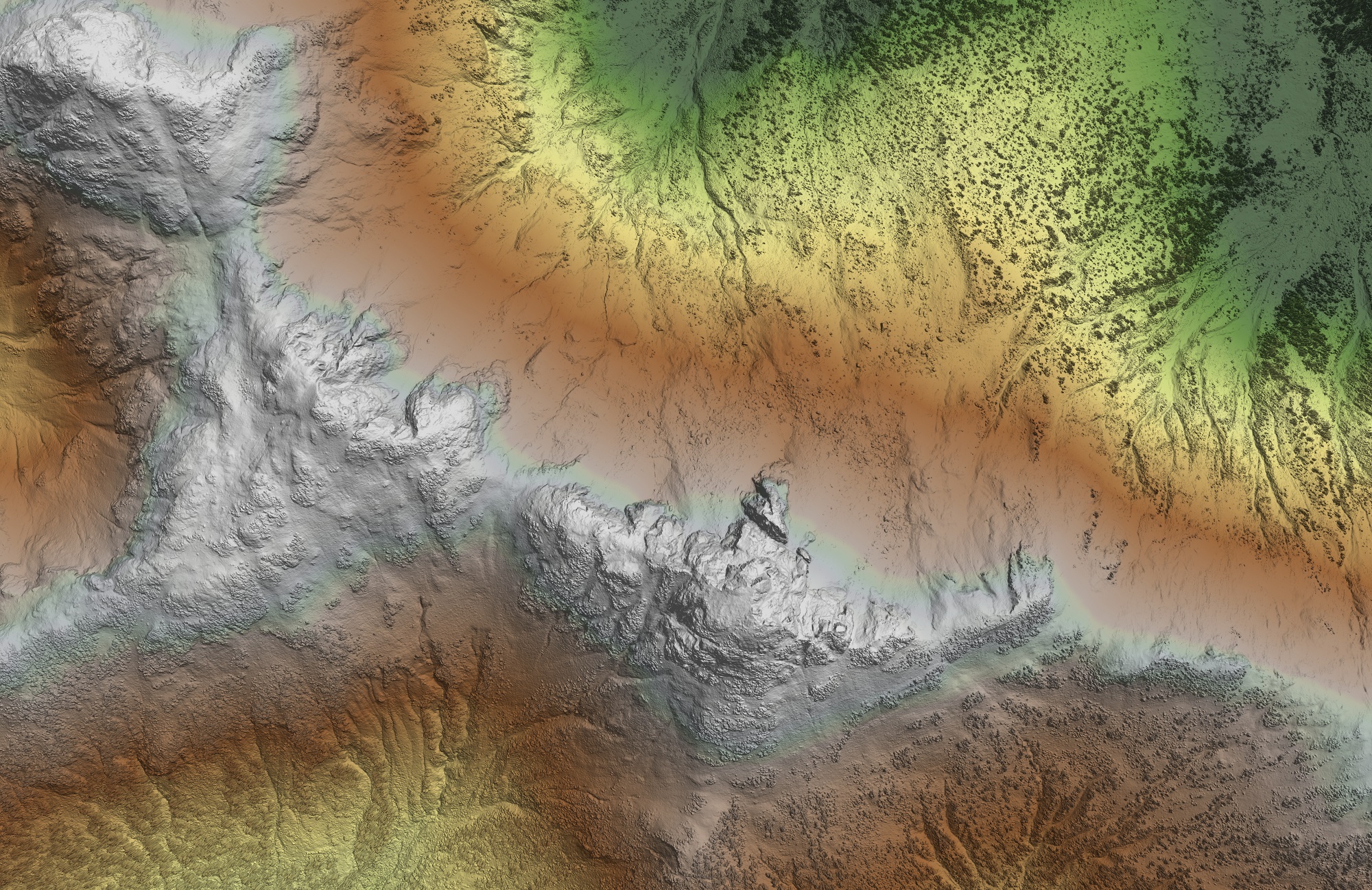 Image shows a top down view of the LiDAR derived 3D model of Harris Peak at 2,871 feet above sea level.

Within two months of submitting the application, we were awarded USGS 3DEP funding in the amount of $328,000 and could proceed with our project.

After a kick-off meeting in April 2017, QSI began collecting data – an aerial acquisition process that started in May and concluded in late September. This first phase of the multi-phase LiDAR project covered approximately 2,166 square miles and was collected at the QL1 data quality level. The USGS specifies multiple quality levels with QL1 being the second highest.

Value of the Project

Once the data is analyzed and maps are developed, we believe this project will be a game changer in a number of ways.

Forestry, for example, is a main industry on Prince of Wales Island and a major contributor to Alaska’s gross domestic product. With LiDAR, foresters will be able to get forest metrics at their desktops, rather than having to send out field crews, which is a dangerous and expensive proposition, given the terrain. The data also will support transition of the timber industry from harvesting old growth forests to young growth areas.

The NRCS, which does conservation planning for private land, will leverage the data for its cost-share program for private landowners, which includes various native Alaskan corporations.

The project also collected coastline data, which will be of value to the National Oceanic and Atmospheric Administration for its Digital Coast program.

The Nature Conservancy believes this mapping data will inform better decision-making about a wide variety of forest management practices, including timber harvest, forest, and salmon stream restoration, recreation opportunities, and subsistence use of fish and wildlife by local communities. This data will enable both public and private land managers, as well as local communities and other stakeholders, to participate in managing these resources in a way that balances social, ecological, and economic needs.

Presently, The Nature Conservancy is organizing a team of funding partners to submit a 2018 3DEP BAA funding application for what will become Prince of Wales Phase 2. Some of the same partners remain involved, including the U.S. Forest Service and Alaska DNR, as well as new ones, such as the Metlakatla and Tlingit Indian communities. These partners look to build on the success of Phase 1 and acquire LiDAR for the remainder of the island.

Regardless of how it’s applied, the LiDAR data collected under the 3DEP program can provide an incredible baseline from which to make comparison in the years to come, assisting in identifying geological hazards, such as potential erosion, landslide and flood threats, as well as supporting disaster relief efforts and climate change-related studies and observations.