Editor’s note: Thank you for joining us for this edition of GeoInspirations. Today our distinguished columnist, Dr. Joseph Kerski, features Jim Castagneri, a geographer for the U.S. Census Bureau.

How many times today have you used a phone app that helped you navigate to a specific address? If you have, in part, you have Jim Castagneri and the U.S. Census Bureau’s TIGER program to thank. I met Jim Castagneri when I worked with him at the U.S. Census Bureau and have kept in touch with him ever since. Jim has been at Census for over 30 years, having seen numerous shifts in technology, but has consistently promoted the application of geography and GIS during that entire time. His ability to explain how GIS and geography can and should be used in his role at the Census Bureau, and how people can access and use census geographic and statistical data, have long impressed me. It is my pleasure to bring him to the attention of the readers of Directions Magazine.

While those of us in geography and GIS have long used census data, I think some people outside of geography are surprised that geographers have been a fundamental part of Census operations for decades. It makes perfect sense, though — without geography, enumerating the economic, agricultural, and demographic components of the U.S.A. would be impossible. I asked Jim to explain what he does at the U.S. Census Bureau. He said, “I have been a regional geographer for the U.S. Census Bureau since 1987. I studied engineering and physics at the University of Colorado in Boulder before receiving a B.A. in geography in 1984. I started my career at Census as part of the team building the Topologically Integrated Geographic Encoding and Referencing system using analog cartographic techniques. I later shifted my focus to digital TIGER maintenance and Geographic Information System technologies.” 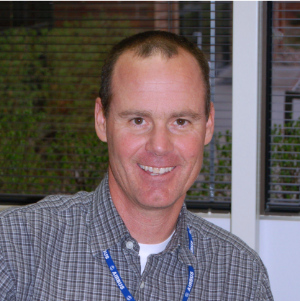 Having known Jim for decades, I can attest that he has been instrumental in bringing modern spatial analysis to the Census Bureau using commercial GIS. He and his team received the Department of Commerce Bronze Medal for the application of geospatial technology in field survey management. He is active in our state of Colorado's GIS community and far beyond.

I asked Jim to name the most important thing (class, book, person, event, or something else) that convinced him to enter the fields that he ended up pursuing. He said, “Hearing my first lecture from the late Roger Barry about climate and climate change was a personal game changer. I was a struggling engineering student at CU when I realized I actually enjoyed learning more about earth processes while taking a geography course as an elective. By my senior year, landscapes, landforms, and natural hazards were my primary interest; I also found the study of the human-earth interface fascinating. I still find the challenges of this discipline compelling today.” 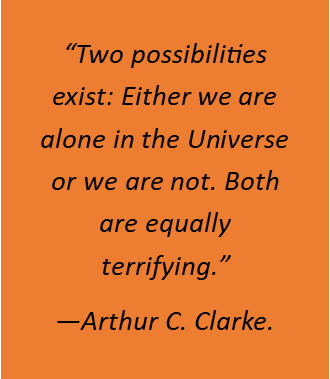 “The notion of climate change was my wake-up call to geography and geographic science. Earth Day was my introduction to the dialogue of earth change as a result of human activity. As my education in geography progressed and the evidence for climate change continued to mount, I realized that unmonitored human activity might one day spell disaster for the human race. I believe that one of the most difficult concepts for a society to embrace is the fact that our collective activities on this planet have a direct bearing on our well-being. The idea that the earth is our lifeboat really strikes a chord with me. As a geographer with the U.S. Census Bureau, I work on programs that track change and growth in America. The Census Bureau provides the data tools that local and regional planners need to help draft a smart future. Rapid urban growth, congestion, pollution, and a lack infrastructure are growing problems in the urban environment. As more and more people move into our nations’ cities, we must plan to deal with a declining rural America.”

Jim went on to say, “It is our responsibility to be the stewards for the planet that nurtures us. The human race has long passed that point at which we can easily destroy ourselves and the natural environment. As a society, we must not only consider conservation of the environment, but also conservation of energy in general. All the amenities of a modern lifestyle place huge demands on the natural environment. From the unmitigated pollution of our air and water, to unchecked suburban sprawl, unmanaged human activity may spell disaster for future generations. Smart cities that plan for and build bike lanes and walkable neighborhoods contribute to a smaller human footprint. Individuals can play a part by walking or biking to work, conserving water, installing LED lighting, and recycling household waste. These are just a few of the worthy practices that should be an integral part of our lifestyle. The population of our planet can no longer live indifferently to each other and the planet that supports us.”

I asked Jim to name the project or initiative that he is proudest of being part, to which he responded, “In the early 1990’s, just as GIS was emerging on the desktop, I realized much of what the Census Bureau does to manage its field operations was actually a complex geospatial challenge. Even though TIGER had emerged as the nation’s first digital map of the country, the Census Bureau was not using spatial science to manage our survey operations. I conducted a demonstration using Atlas GIS for DOS in 1994 showing that we could manage field surveys more efficiently by knowing exactly where our staff and their assignments were located. By using the coordinate information stored for every census block, I could pinpoint and assign workloads to our nearest field staff. This demonstration proved that geocoding and GIS could save the Census Bureau time and money. Finally in 2012, the Census Bureau made major changes to its survey management systems to require that all field staff and all fieldwork (the Census Bureau conducts over two dozen surveys at any given time) be geocoded to the street level. Working together with my colleagues, we developed a system that makes efficient field assignments for thousands of census employees. Results from the first several months of use showed that spatial assignment of survey caseloads saved us on average about 1 mile of road travel for each case conducted. This amounted to over 10,000 fewer miles driven each month Bureau-wide. This system is the basis for the design of our enumerator-optimizing tool to be used during the 2020 Census.”

What is the most important thing Jim feels that we need to work on as the education, science, and geospatial community? He said, “I’ve noticed a trend where geospatial tools and data are being used for key decisions without a geographic foundation or an understanding of its limitations. I believe this has a lot to do with the success of integrating GIS into our day-to-day business processes. Where geographers were once consulted about the distribution of certain demographic data, information systems can now provide maps and other statistics without the background story. Most times, modern GIS produces a result or product that works out fine. Other times, there is a story behind the data that requires the knowledge of a geographer or statistician. A good example of this is certain tract-level American Community Survey data from the Census Bureau with large margins of error. I’ve seen many situations where results are treated as gospel when the margin of error on the data is larger than the estimate itself! While computer systems can do a fantastic job analyzing and displaying data, it is still the responsibility of human beings to know its utility and limitations. We can imbue a certain amount of geospatial intelligence into our information systems, yet the need for geographers to analyze and present the results of that intelligence is still present.”

(That’s very insightful, Jim. Thanks for sharing in particular the importance of being critical of data, the human element, and the most important tool of all being the human brain!)

I asked Jim to give advice to a new professional in the fields of GIS and geography. He said, “I would advise any new professional to follow and study the trends of geospatial science. Geospatial technology (like all technology) is evolving at a rapid pace. For example, just a few short years ago, obtaining aerial imagery was a labor-intensive task involving expensive contracts and full-sized aircraft. Nowadays, Unmanned Aerial Vehicles are collecting some GIS imagery in just minutes of field time for a fraction of the cost. As the options for imagery and other raster data expand, more GIS jobs are requiring UAV licenses for new hires.”

“As individuals, we risk losing competitiveness and productivity when we lose track of advancements in these areas. While knowledge of scripting tools such as Python are critical skills in the world of GIS, don’t forget the discipline of geography itself. The notion of human interaction with the natural and built environment is what geography and GIS is all about. Concepts like sense of place, nearest neighbor, and spatial distribution are key to a fundamental understanding of our society and our future.”

“Two possibilities exist: Either we are alone in the Universe or we are not. Both are equally terrifying.”—Arthur C. Clarke.

To find out more about Jim, see his blog.