What I love about being a geographer is that mapping can literally take you anywhere. In my last two articles I focused on the built environment, discussing mapping at the scale of city streets, subway stations and individual buildings. Now it’s time to change scales.

For most of us, the “geo” in geography is literal: We map the Earth. But mapping and thus, geography, goes well beyond our beautiful home world. In this article, we’ll explore the solar system and beyond. While the mapping of extraterrestrial bodies may seem esoteric and irrelevant to our daily work, the history, techniques and future of planetary cartography have many ties to terrestrial mapping.

The History of Planetary Mapping

For as long as we have been gazing at the sky, we have been mapping it. Ancient civilizations studied the movements of celestial bodies and built maps and monuments based on their movements. Without the study of the planets and stars there would be no earthly coordinate systems. In those ancient days, explorers and scientists proved Earth was round, and estimated Earth's size with remarkable accuracy.

With only the naked eye, people made maps of the moon for millennia, but revolution came with Galileo’s refracting telescope. As instruments became more powerful, more celestial bodies were discovered and mapped. In the 1800s, German astronomers Wilhelm Beer and Johann von Madler made the first scientific maps of the Moon and Mars. Their original coordinate systems for both of these orbs are still in use today.

Space-based mapping began in 1961 with NASA’s Ranger probes to the Moon using television cameras. Five more orbiters were deployed through 1968. These missions resulted in over 500 maps of the Moon from local to global, before 1975! After the Moon, other bodies were mapped with electronically-transmitted photographs.

Perhaps no other planet has captured our imagination like Mars, the milieu for countless stories and movies. Other than the Moon and Earth, Mars is the most comprehensively mapped body in the solar system. It has many characteristics advantageous to orbital and surface mapping: a thin and transparent atmosphere, low gravity, a relatively hospitable climate and proximity to Earth.

After Beer and Madler, more telescopically-based maps were made by Schmidt, Lowell and others. Space-based mapping of Mars began with NASA’s Mariner missions from 1965 through 1972, which delivered almost complete coverage of the Martian surface, with image resolutions from 1000 to 100 meters. The first image-based, planetary-wide map of the red planet was produced in 1972, and still is used as a basemap.

Following the Mariner missions, the Viking missions of 1975-1976 orbited and landed, providing over 50,000 images, some with resolution down to six meters. The mapping of Mars continues to this day with NASA’s landers and orbiters, hopefully paving the way for a manned mission.

Other bodies have some of Mars’ same traits, but not all. Mercury has no atmosphere but its distance and temperature make landings unfeasible, so it has only been mapped from orbiters. Venus is even closer to Earth, but its environment has proven a tremendous challenge to mappers. The atmosphere is toxic, opaque and corrosive, a composition of carbon dioxide and clouds of sulfuric acid, with a surface pressure akin to the depths of Earth’s oceans and temperatures that easily melt lead.

Nevertheless, since the 1962 NASA Mariner mission, over 30 spacecraft have visited Venus, including landings by the Soviet Venera missions. The landers only survived for a few hours, but transmitted photographs and atmospheric data before succumbing to the hellish conditions. NASA’s Magellan craft orbited Venus from 1989 to 1994 and with radar mapped 98% of the planet’s surface.

Beyond Mars, the mapping has been less comprehensive but still continues. Mapping of the gas giants has covered only their vast surfaces, but NASA probes have mapped several of their enormous satellites, most notably Io, Ganymede and Callisto of Jupiter and Saturn’s Titan.

Until the New Horizons mission flew by in 2015, Pluto was a blurry orb observed distantly from telescopes and flybys. When data began streaming in, though, a fascinating picture of the most distant world developed.

From Vikings to Viking: Techniques and Technology

Of course, there are many differences between terrestrial and planetary mapping. Until the advent of aerial photography in the early 20th century, and later remote sensing, Earth was mapped from the ground and sea, and over centuries individual details came together to create a global picture. Mapping of planets and moons begins from afar, offering a global but coarse picture before the details are filled in.

There are also many similarities. Accurate maps require coordinate systems. The prime meridians on Luna and Mars that were established by Beer and Madler in the 1800s are still in use today. As on Earth, projections need to be defined as well. Astrogeographers have designed projections and coordinate systems for many of the mapped bodies, which can be used in various GIS applications.

While the XY coordinate systems can be fairly easily defined, there is also the Z factor. On Earth we have several equipotential surfaces: the geoid, the spheroid and sea level. The distinctions between these are beyond the scope of this article, but for general mapping we use mean sea level. Since Earth is the only celestial body blessed with a liquid water ocean, planetary cartographers have developed unique equipotential surfaces for each planet and moon.

Early explorers and cartographers took a leap of faith, based on the science of the time, that Earth was round, and that as they sailed past the mapped extents of Earth, they wouldn’t fall off the edge. Whether crossing the vast South Pacific Ocean with stick maps or the Atlantic to reach the Americas, these adventurers made landfall through trial and error. Many early expeditions surely failed, but those who returned delivered priceless knowledge about reaching the still-to-be known.

Similarly, the Soviet 1966 Luna 9 mission was revolutionary. It was the first soft-landing on the Moon. Previous probes crashed on the surface after their power was spent. Luna 9 landed safely, and proved that the lunar surface could support spacecraft and thus, humans. Although the U.S.A. and U.S.S.R. sent numerous landers in the next few years, humans wouldn’t set foot on the surface until 1969.

Development of space technology begins on Earth, of course, before being deployed into space. Landers are first tested on Earth, sometimes revealing incredible discoveries. The student-designed GROVER lander was tested in Greenland to map sub-surface ice and snow features with ground-penetrating radar. Beneath the island’s deep ice sheet were discovered canyons and rivers, leading to new insight about the effects of climate change on Earth’s oceans.

The Solar System on Your Desktop

These maps and data aren’t only for scientists. Realizing that these missions and products may seem esoteric to us Earth-bound geographers, NASA, the USGS, and others have made remarkable products for us to explore our solar system. For the casual desktop astronaut, there are interactive web maps of Venus, Mars, our Moon and several of Jupiter’s moons on the USGS’s PIGWAD site. Esri’s Matt Artz has developed a Solar System Atlas Story Map that takes viewers on an interactive tour.

Those of us who want to explore further can make our own planetary maps in desktop GIS. Downloadable data is available at the PIGWAD site, along with tutorials. These data can be used for research, but they also make great teaching tools. For example, students could do a least-cost path analysis of Mark Watney’s journey in “The Martian” using Martian elevation data.

Whence the Next Horizon?

Discussing the vast range of current and planned missions for mapping the solar system would be an entire article in itself. As you read this, rovers are being tested across Earth, while probes hurtle through the unknown reaches of space at thousands of miles per hour.

Fortunately, there are many wonderful resources for exploring the present and future of planetary cartography. One of my favorites is “Planetary Cartography And Mapping: Where We Are Today, And Where We Are Heading For?”

Another great publication is the USGS poster on planetary mapping. Though out-of-date, it offers a comprehensive overview of mapping through the 1990s.

As geographers, we are explorers by nature. Whether we map utility networks, wildfires or the far reaches of space, the unknown captures our imagination and calls us to map it. Our forebears looked to vast oceans and plains and discovered what lay beyond, as astronomers, polymaths and cartographers have been doing for centuries. Just as mapping the Devonian seascapes and ancient cities have given us insight into our past and possible future, so does mapping our universe.

Every map of a distant place is a picture of the past and a vision of a possible future. If our oceans boil away, will Earth become the next Venus? To mash-up several quotes from the eminent astrophysicist Neil deGrasse Tyson: “The atoms of our bodies are traceable to stars that manufactured them... billions of years ago. ...we are atomically connected to all atoms in the universe. We are not figuratively, but literally stardust. Not only do we live among the stars, the stars live within us.” 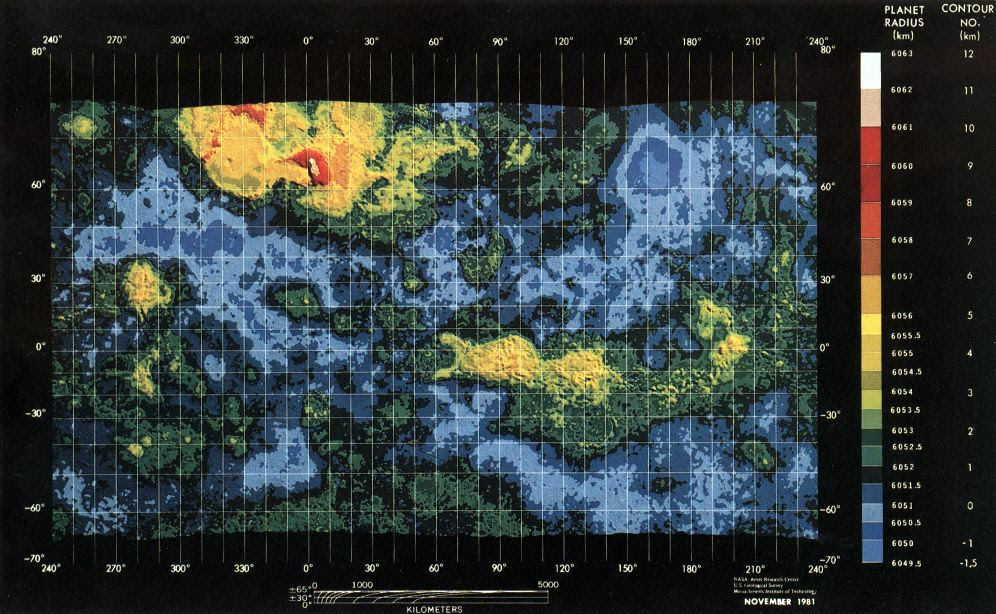