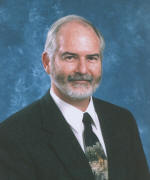 Dr. Jerome E. (Jerry) Dobson is Professor of Geography at the University of Kansas, President of the American Geographical Society, a Fellow of the Royal Geographical Society, an elected member of the Honors Committee of the Association of American Geographers and a Corresponding Individual Member of the International Geographical Union. He previously served as a Distinguished Research & Development Staff Member at Oak Ridge National Laboratory, President of the University Consortium for Geographic Information Science (UCGIS), Contributing Editor of GeoWorld magazine, U. S. Delegate and Expert to the International Standards Organization, member of the Editorial Advisory Board of GIS World, member of the Steering Committee of the National Committee for Digital Cartographic Data Standards, Visiting Associate Professor in the Department of Geography of Arizona State University, member of the Editorial Board of The Professional Geographer, and member of the Steering Committee of The Applied Geography Conferences. His current research focuses on improving methods and technology for mapping minefields. Previously, he led development of the LandScan Global Population Database which has become the world standard for estimating populations at risk during natural disasters, wars, and terrorist acts. LandScan recently gained widespread acclaim as the only feasible means of estimating populations impacted by the 2004 tsunami in Southeast Asia.

The Dawning of the G-Bomb

1-2 of 2
© Directions Magazine
editors@directionsmag.com
Get Directions Magazine delivered to you
A summary of top stories and the latest geospatial trends emailed direct to you
Please enter a valid email address
Please let us know that you're not a robot by using reCAPTCHA.
This form is protected by reCAPTCHA and the Google Privacy Policy and Terms of Service apply.
Sorry, there was a problem submitting your sign up request. Please try again or email editors@directionsmag.com