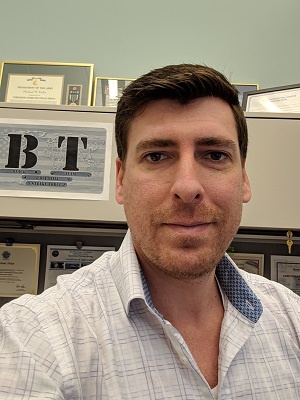 Mike Dulin graduated from Kansas State University in 2009 with a Masters in Geography. He began working for the US Army Corps of Engineers, Kansas City District later that same year. In 2016 he completed his GISP certification and became a program lead in the Geospatial Branch. He served a total of 9 years working there as a GIS analyst and program lead on various environmental and civil works projects. He has been a member of the US Army Corps National Geospatial Emergency Response Team since 2010. As a member of this team he has deployed throughout the US in response to multiple federally declared disasters (tornadoes, hurricanes, floods, etc...) for periods of up to 90 days. In every disaster response, GIS has been a vital tool used for communication, situational awareness, and strategic planning. He currently works as an Emergency Management Specialist in the Kansas City Districts Emergency Management Branch.

Podcast: What You Need to Know about GISP Certification - Requirements, Benefits and Study Tips