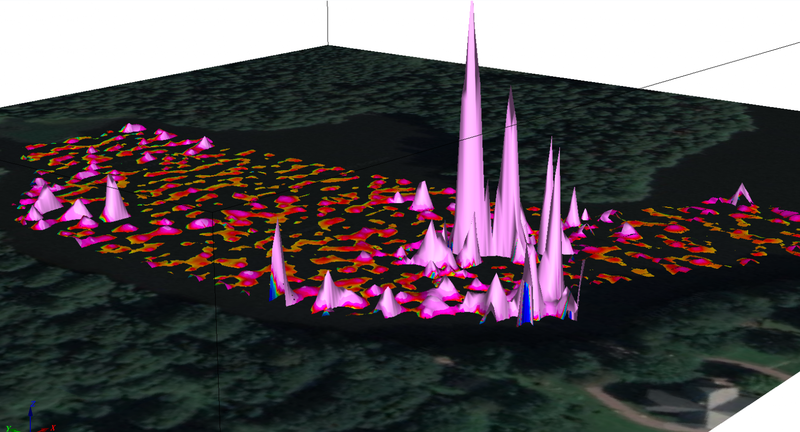 SPH Engineering, developer of UgCS ground control software and solutions for industrial applications, as part of its strategy to expand its range of supported sensors completed tests of the Geometrics MagArrow magnetometer together with a radar altimeter and True Terrain Following technology for surveys requiring extremely low altitude (1-2 meters between a sensor and surface).

Tests were conducted in two scenarios in Latvia: 1) find underground infrastructure, 2) find magnetic anomalies under the bottom of the lake.

Infrastructure detection tests were conducted at SPH Engineering’s own test ranges over known targets - different metallic pipes, barrels, and smaller metallic items. During the tests over lake magnetic anomalies were detected at half a meter under lake bottom, water depth 1-3 meters. The existence of anomalies was confirmed using a low-frequency GPR system.

In terms of R&D adjustments, UgCS Industrial Solutions determined the optimal position of a radar altimeter on a drone carrying a MagArrow, which is affixed to the UAV using suspension cables. The True Terrain Following system was fine-tuned for this application, and this simplified the workflow to refine the coordinates in the magnetic data with the help of more precise position tracks from UgCS SkyHub onboard computer.

“As of today, MagArrow has been typically used for surveys conducted at high altitude, like minerals prospecting or abandoned wells detection. We can confirm with confidence to UgCS and Geometrics clients that True Terrain Following and MagArrow are fully compatible allowing using the magnetometer in additional scenarios requiring low altitude to gather high resolution data”, Alexey Dobrovolskiy, CTO of SPH Engineering, comments.

“The MagArrow is powered by the MFAM magnetometer, which is a breakthrough in Cesium magnetometer technology. We’re very excited to see how people worldwide leverage this groundbreaking technology using the MagArrow, and in our future MFAM magnetometer products. We’re really happy to be partnered with UgCS, who is on the forefront of UAV technology. Their extensive testing with the MagArrow and other UAV-magnetometers gives them valuable industry experience in a field that is just now transitioning from an early adopter phase to a mainstream industry”, Stefan Burns, Sr. Geophysicist of Geometrics, adds.

UgCS Industrial Solutions has been contributing to UAV-magnetic surveying for over 5 years liaising with hundreds of users globally from North and Latin America, to Africa, APEC and Australia as well as Europe, where the company is headquartered.

Watch the video of the test flights, and more learn more details on the combined MagArrow and UgCS solution.