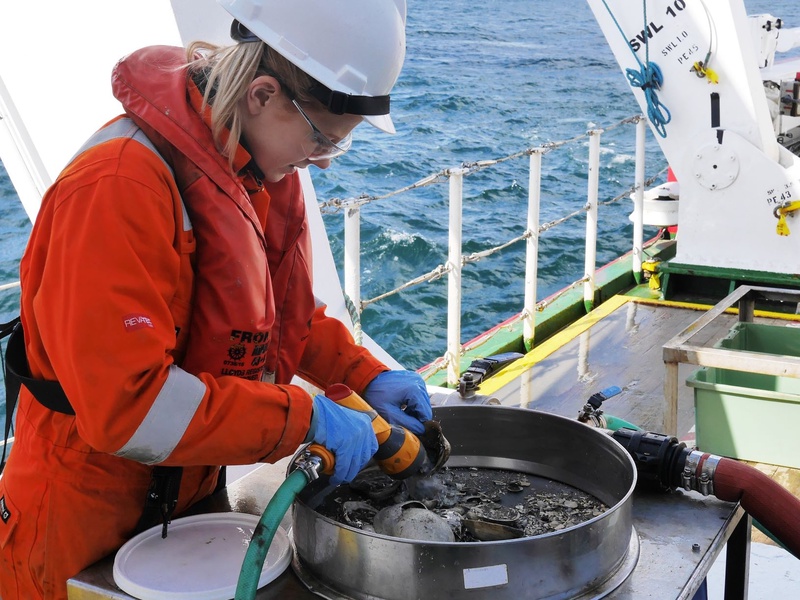 Fugro has been awarded multiple contracts by Eni Angola to carry out geotechnical and environmental surveys off the coast of Angola between now and May, and two Fugro vessels from their world’s largest fleet of specialist geotechnical and geophysical vessels are currently active in the region.

Multipurpose survey vessel the Fugro Scout, specifically designed for seabed sampling and in situ testing in water depths up to 3000 m, has embarked on a deepwater environmental survey to acquire, analyse and interpret sediment and water samples from Eni Angola’s Agogo field development.

During the survey operations, specialist marine fauna observers (MFOs) will carefully monitor the marine mammals, turtles and seabirds that can be found in the area, and the study will gather key environmental baseline data on offshore Angola’s benthic communities, physicochemical sediment characteristics, and water column productivity. The resulting Geo-data will characterise the site stratigraphy for Eni Angola and define the mechanical and physical properties of the soil for their subsea facilities. The Fugro Scout will also perform a range of geotechnical site investigations on the project, with work due to start early this month.

A second vessel, the Fugro Helmert, will join the Fugro Scout to conduct a route survey in Angola’s nearshore areas, including various environmental, geotechnical and geophysical surveys, to allow Eni Angola to calculate the best installation route and optimise cable burial protection for the New Gas Consortium.

Jaco Stemmet, Fugro’s Director for Africa, said: “Our vessels are supporting Eni in Angola and delivering a range of specialised Geo-data services. These projects are two great examples of how we unlock insights to help our clients design, build and operate their assets in Africa in a safe, sustainable and efficient manner.”

Fugro is the world’s leading Geo-data specialist, collecting and analysing comprehensive information about the Earth and the structures built upon it. Adopting an integrated approach that incorporates acquisition and analysis of Geo-data and related advice, Fugro provides solutions. With expertise in site characterisation and asset integrity, clients are supported in the safe, sustainable and efficient design, construction and operation of their assets throughout the full lifecycle.

Employing approximately 9,500 talented people in 61 countries, Fugro serves clients around the globe, predominantly in the energy and infrastructure industries, both offshore and onshore. In 2019, revenue amounted to EUR 1.6 billion. The company is listed on Euronext Amsterdam.