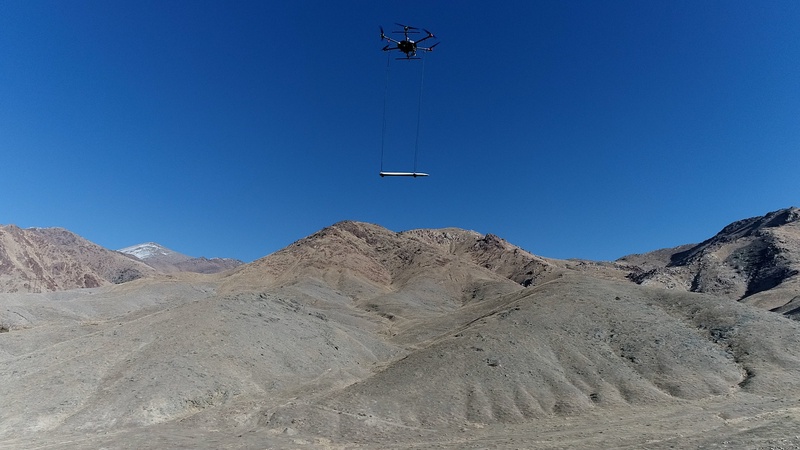 Geothermal power is produced in many regions throughout the world and is a source of green energy capable of providing baseload power 24/7. Nevada is well endowed with power-producing geothermal fluids that ascend to the surface along range-bounding extensional faults. Many of these geothermal systems are blind at the surface, showing no active geothermal features such as hot springs or fumaroles.

Magnetics surveying can reveal buried faults and boundaries of different rock types that provide clues to where geothermal fluid pathways are located. A ground magnetics surveyor can hike 15-20 km per day on flat terrain. Much less can be covered in high relief terrain that can put the ground operator at greater risk of injury during the days or weeks that it takes for a typical survey. In contrast, a two-person UAV magnetics crew can cover between 60-200 line-km per day.

The original project that indicated geothermal potential in this part of United States was the Nevada geothermal play fairway analysis. It was funded by the Geothermal Technologies Office of the U.S. Department of Energy in a grant awarded to the Great Basin Center for Geothermal Energy, which is housed in the College of Science’s Nevada Bureau of Mines and Geology at the University of Nevada, Reno. The Humboldt Range is one of several highly ranked sites under investigation in 2021 with UAV magnetic surveys. The research is conducted with a UAV integrated with a MagArrow magnetometer by Geometrics and UgCS software by SPH Engineering.