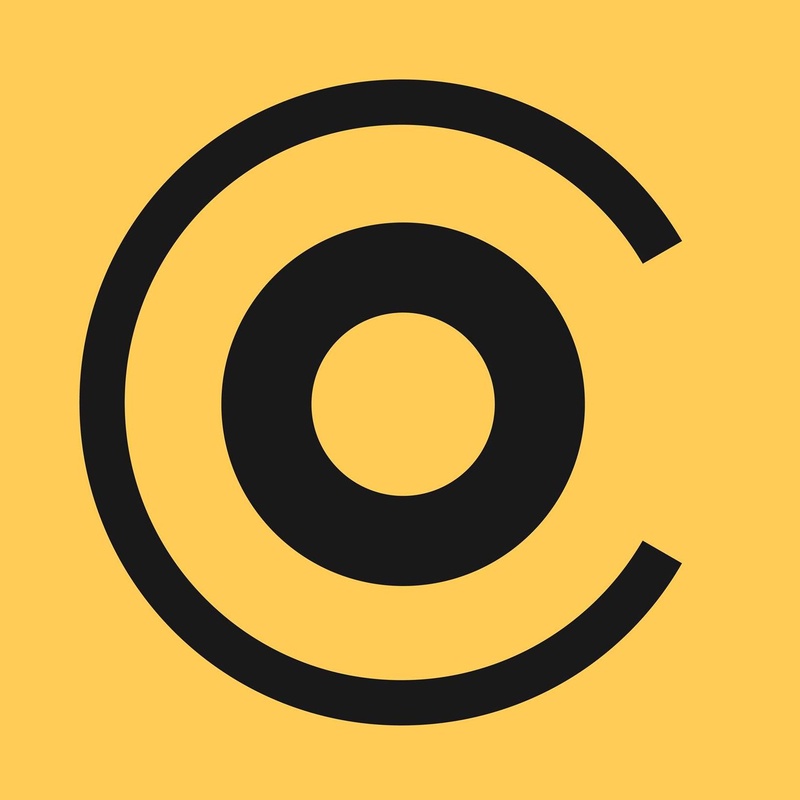 This is the first time satellites launched into space have been entirely designed, manufactured, tested and operated at the recently expanded DISC facilities at the Harwell Campus, the heart of the growing UK space sector

Harwell, Oxfordshire - 23rd March: Leading UK SpaceTech firm Open Cosmos has achieved a major milestone in its mission to democratise space with the launch of two commercial nanosatellites created entirely at its Harwell Campus-based HQ in the heart of the UK’s space industry.

The launch on Monday saw two Open Cosmos nanosatellites launched into the skies aboard the Soyuz-2 rocket from the Baikonur base in Kazakhstan where Sputnik was launched, along with the South Korean Earth observation satellite CAS500-1, and around 30 other satellites. One of the Open Cosmos satellites is the latest addition to the Lacuna Space IoT constellation, which provides a service using LoRaWAN®, a leading open global standard for IoT LPWAN connectivity, along with a new demonstrator satellite for telecoms operator Sateliot to provide 5G Internet of Things (IoT) capabilities in remote areas across the globe.

The satellites travelled to Kazakhstan, after passing strict testing in controlled environments and receiving the operations license from the UK Space Agency (UKSA). The device was then integrated into the deployer in the rocket, which when the Soyuz-2.1A rocket hit 500km from Earth, was ejected in order to take up its mission to travel around the earth and provide connectivity services.

Now the satellites are up in space Open Cosmos will be monitoring and operating the mission from four ground stations around the globe, which can all be managed by the team on behalf of their partners through OpenOps, Open Cosmos’s satellite operations software.

Open Cosmos operates space missions from start to finish by manufacturing and building satellites as well as handling the mission, satellite operation and services. The company, which was created five years ago, was established with a view to open up space by making it more affordable for small businesses and governments to utilise satellites to access data they need to tackle some of the world’s most pressing challenges from climate change, to civil protection and emergencies and infrastructure.

Rafel Jordá, founder and CEO of Open Cosmos, said: “These launches mark a major milestone for Open Cosmos, demonstrating the capacity of low-cost satellites to provide IoT connectivity to remote parts of the world and collect data. With £300bn of wider UK GDP supported by satellite services, Open Cosmos is key to unlocking these services and making them more accessible for businesses and governments across the world. We’re also extremely proud that Monday’s launches have been made possible by working closely with the UKSA, ESA, the Catapult and all our partner companies at Harwell Campus and abroad. We look forward to continuing to push forward the potential for UK space tech in 2021 and beyond.”

Open Cosmos and Lacuna Space are part of a new generation of companies leading the way for the UK space industry. The sector employs almost 42,000 people, more than 1,000 who work within the Harwell Campus, Europe’s most concentrated SpaceTech cluster, which launched in 2015 as Open Cosmos was just beginning operations. UK space generates an income of £15 billion every year, while the global space industry is predicted to be worth $350 billion. The UK government wants to gain a 10% share of the global space market by 2030 and clusters like Harwell are key to this.

Lacuna Space is a global connectivity provider that enables miniature sensors to be connected to the internet no matter where they are in the world, even in the most remote and hostile locations. The system uses the highly power-efficient LoRaWAN® standard, which enables Lacuna’s low-cost sensors to work for years from a single battery charge. Major mobile network operators have deployed LoRaWAN® networks globally, but Lacuna’s satellite network fills in the gaps in coverage and extends the reach to unconnected places such as rural areas and even the oceans or the arctic. Sensors in these locations are being used to manage water and power distribution networks, protect endangered species and track goods across global supply chains. The revolution known as the Internet-of-Things is silently and quickly transforming industries such as utilities, agriculture, and asset management in ways not even imagined a few years ago.

When Open Cosmos was founded in the UK, the UKSA, the Satellite Applications Catapult and the ECSAT telecommunications centre of the ESA in Harwell were also just starting. Five years later, these launches mark a key milestone for the UK space industry. Another Harwell-based company was instrumental in the recent launch: Oxford Space Systems, which provided the innovative deployable antenna that goes on top of Lacuna’s IoT satellite receiver and is able to receive short messages directly from small, battery-powered devices on the ground. As well, the satellite was tested within the Disruptive Innovation Space Centre (DISC) of the Satellite Applications Catapult and the testing facilities at RAL Space. This demonstrates how close collaboration amongst space startups, scaleups and stakeholders is enabling this new breed of companies to grow and thrive.

The focus for the UK space industry has been on tapping into the satellite launch market, which is why the UK is investing in spaceports in Cornwall and The Shetlands. Initiatives such as this collaboration demonstrate that the benefits of satellites don’t just lie in the economic gains of launching them, but the wider services they can offer to governments, citizens and businesses. In fact, £300bn of wider UK GDP is supported by satellite services, including telecoms, science, earth observation and navigation. Open Cosmos is key to unlocking these services and making them more accessible for businesses and governments across the world, lowering the costs to ensure more players can access satellite ownership. The company has invested more than £4 million in R&D leveraged with support from the UKSA and the ESA through the ARTES Partnership Project; Pioneer programme, growing the team from five to 50 people.

Rob Spurett, CEO of Lacuna, said: “The successful launch of our latest satellite is another important milestone in expanding our network capacity, and growing our services. We are providing the ‘Internet for Things’ and it is quietly revolutionizing industries in the same way that connecting people to the internet has. The range of services and possibilities that Lacuna is enabling is incredible and beyond our wildest imagination: from mundane tracking of cargo containers to counting penguins in the Antarctic. It has been wonderful to bring together other Harwell-based companies on this project such as Open Cosmos and Oxford Space Systems, demonstrating the strength of the UK’s collaborative space sector and depth of innovation. ”

Catherine Mealing-Jones, Director of Growth at the UK Space Agency, said: “The UK is a leader in the design and manufacturing of small satellites. With our support innovative companies like Open Cosmos, Lacuna Space and Oxford Space Systems are developing exciting services to improve our daily lives. Our space sector is thriving and it is fantastic to see these ambitious UK companies working together to enable connectivity in remote and hard-to-reach parts of the globe.”

The UK Space Agency invests around £90 million a year, through its subscription in ESA’s ARTES programme, in developing innovative technologies, services and applications to help meet societal challenges.

Sean Sutcliffe, CEO of OSS said: "We are proud to deliver this milestone together with Open Cosmos to contribute to Lacuna Space's ambitious constellation of IoT Gateways in space. This also gives further space heritage to our helical antenna product line, with several helical antennas already successfully deployed in orbit and working within the expected performance range. This is another step towards the delivery of reliable antenna solutions for the next generation of IoT constellations, as part of OSS’s comprehensive family of deployable antennas.”

Lucy Edge, Chief Operating Officer at the Satellite Applications Catapult said: “We are delighted to be supporting Open Cosmos on their growth journey, and to witness the launch of the first two satellites built at the Satellite Application Catapult’s DISC facility at Harwell. Open Cosmos’s success demonstrates exactly what can be achieved when a pioneering business, innovative UK partners and Catapult support all come together without limitations. We look forward to seeing how the low-cost IoT capability developed for these missions will help solve some of the major global challenges we all face.”

Following these two launches, Open Cosmos will look to expand its commercial offering, delivering constellations for both private companies and governments in need of accurate global and information services. Open Cosmos has 10 missions under development at the moment - including the MANTIS mission in partnership with the ESA-Incubed program and UKSA, which aims to provide high-resolution imagery and IOD6 in partnership with the Satellite Applications Catapult that will test innovative services in orbit. These satellites will be key to powering digital transformation in many sectors and fight the climate crisis using satellite data.

Open Cosmos designs, manufactures and operates satellites to solve the world’s biggest challenges. Open Cosmos is the perfect partner for those who want to monitor changes on Earth at a global scale, those who want to provide telecommunications services based on satellite constellations and those who want to test innovative space technologies in orbit. For more information visit www.open-cosmos.com, our Twitter and LinkedIn.

Lacuna Space, located in the United Kingdom and The Netherlands, provides low-cost, easy and reliable global connections to sensors and mobile equipment. The company provides an ultra-low power tracking and connectivity service for short data messaging based on open source LPWAN protocols, that is ubiquitous. The service works everywhere, enabling companies to gather data from remote sensors or tracking the status of moving assets. For more information, visit www.lacuna.space or follow us on Linkedin or Twitter.

Founded in 2013, Oxford Space Systems is developing and building the next-generation of deployable antennas & structures for the global space industry. OSS antennas are designed to reduce complexity, maximise storage efficiency and deliver superior radio frequency performance. Oxford Space Systems moved into its own custom-built facility on the Harwell Campus in October 2018. The building has been specifically designed to enable OSS to undertake volume production of a range of antennas.

For more information visit https://oxford.space/, our twitter and Linkedin