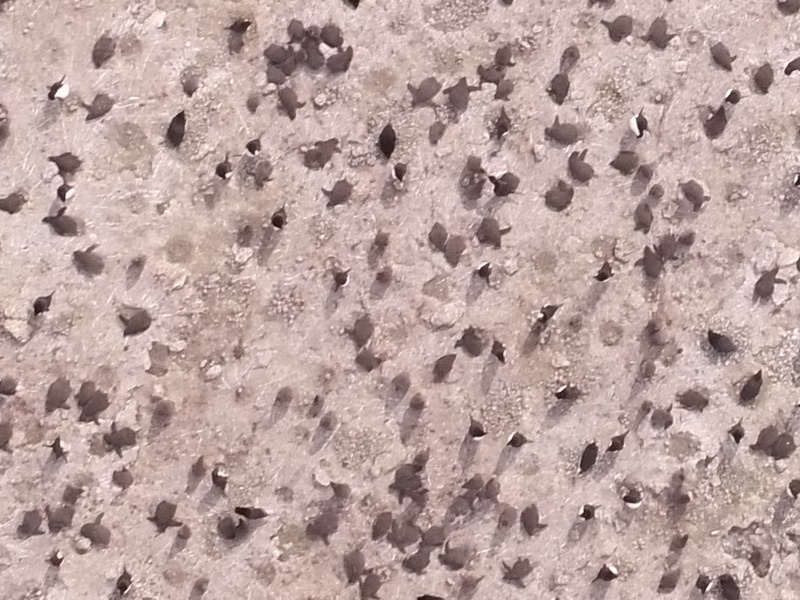 March 25, 2021 - Riga, Latvia - One of the largest Adélie penguin colonies in the world was surveyed with multiple-UAVs. Survey time was reduced from 3 days (with a single drone manually piloted) to under 3 hours. The work was led by a team of experts from Stanford University, Point Blue Conservation Science and Conservation Metrics.

UgCS software by SPH Engineering was used to develop a system to autonomously survey. Thousands of high-resolution images were taken on each survey and an AI model (Conservation Metrics) is under development that will automatically identify and count adult penguins and their chicks.

The drone image was taken during a survey to count chicks (the gray, fluffy penguins) in mid-January, 2021 (© Point Blue).

One image shows the raw image from the drone and the other is zoomed in on the same image to show the view when training the counting model.

A close up image of chicks from the ground taken just a few days before the survey (c) Annie Schmidt/Point Blue.

The research was funded by the National Science Foundation and carried out under Antarctic Conservation Act Permit #ACA 2020-005. A multi-drone imaging system was put to the test in Antarctica in 2020.

SPH Engineering supports penguin studies as a part of its global UgCS Educational program. In 2020 UgCS was used by over 250 universities globally in environmental, archeological, geophysical, engineering, agricultural, biological and many more areas of application.