NextNav, a Leader in Next Generation GPS, to Combine with Spartacus Acquisition Corporation Resulting in NextNav Becoming a Public Company 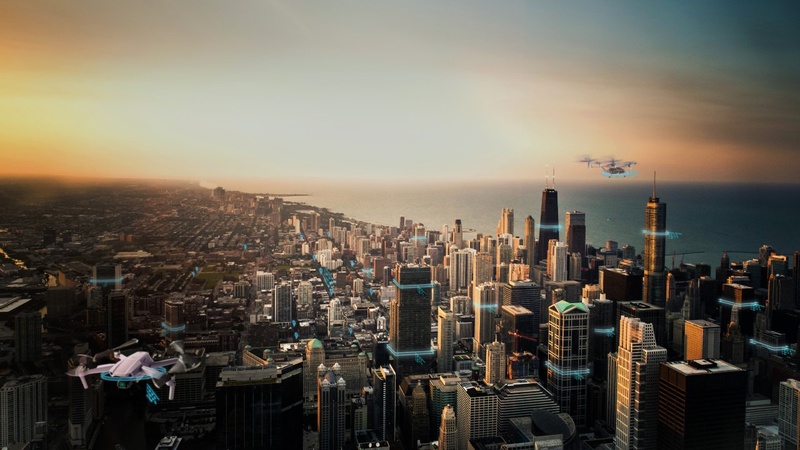 DULUTH, GA and MCLEAN, VA – June 10, 2021 – NextNav, a leader in next generation GPS, and Spartacus Acquisition Corporation (NASDAQ: TMTS, TMTSW, and TMTSU) (“Spartacus” or the “Company”), a special purpose acquisition company, today announced their entry into a definitive merger agreement (the “Merger Agreement”) that will result in NextNav becoming a public company. Upon closing of the business combination (the “Transactions”), the combined company will be named NextNav Inc., and its common stock and warrants will be listed on the Nasdaq under the ticker symbol “NN” and “NNW”, respectively.

Gross proceeds of up to $408 million from the business combination are expected to be used to fuel growth in its current businesses, continue to build NextNav’s next generation GPS platform, expand products one of which is already deployed in 4,400 cities, and to expand its land-based radio positioning and timing network. The NextNav platform serves a $100 billion global total addressable market in public safety, e911, mass market consumer apps, eVTOLs, UAVs and autonomous vehicles, IoT and critical infrastructure, and many other sectors. Beyond its technology and intellectual property, NextNav owns a one-of-a-kind portfolio of nationwide spectrum licenses for 2.4 billion MHz-PoPs of 900 MHz spectrum.

Gary Parsons, former Chairman of the Board of Sirius XM Radio, has served as Chairman of NextNav’s Board of Directors for the past 10 years and will continue in that role. Peter Aquino, Chairman of the Board and CEO of Spartacus, will also join the NextNav Board of Directors upon closing of the business combination. Mr. Aquino brings invaluable expertise having led several companies through fiber and wireless operations and network deployments, and the development of overlay technologies designed to drive new revenue streams.

NextNav will continue to be led by Ganesh Pattabiraman, Co-Founder, CEO and President of NextNav, whose rich experience in building scalable location technologies using terrestrial and satellite-based technologies started in places such as Qualcomm and led to the creation of NextNav. In addition, the full NextNav management team, including Co-Founder, Dr. Arun Raghupathy, as SVP of Engineering, Chris Gates as CFO, and David Knutson as SVP of Network Operations and Deployment, will continue to manage NextNav.

NextNav Leadership Comments on the Transaction

Mr. Parsons commented, “NextNav has spent over a decade developing its innovative 3D geolocation technology, bringing precise floor-level altitude to existing location services and in-building, resilient location and timing enhancements to traditional GPS capabilities. As with the creation of satellite radio, NextNav’s industry leading technology is unique, unrivaled and protected by more than 100 patents. I am excited about the positive impact NextNav’s 3D geolocation and timing capabilities can have in protecting the nation’s critical infrastructure while meeting the advanced 3D location needs of public safety and emerging markets and applications.”

Mr. Pattabiraman said, “We started NextNav with a bold vision to build the next generation of GPS. Over the last decade, we implemented that vision and are well on our way to full deployment of this capability in the U.S. This transaction allows us to build on that success and enables the next generation of location and timing services – more precise, available and resilient and that will power the next generation of applications and services in mobile apps, autonomous vehicles, public safety and critical infrastructure globally.”

Mr. Aquino said, “We are incredibly excited to partner with NextNav and drive the next phase of its growth. NextNav is an innovative, emerging market leader with an experienced executive management team, a proven, attractive business model, and a highly scalable platform. We expect that the combination will fuel the expansion and adoption of NextNav’s industry leading next generation GPS technology in the U.S. and around the world allowing us to drive significant value creation for stockholders.”

• Unrivaled Capabilities – NextNav’s next generation GPS is more available, more resilient and more accurate than anything currently in the market. NextNav has two leading services, Pinnacle (altitude-only) and TerraPoiNT (full 3D position, navigation and timing capabilities) which has been recognized by the U.S. Department of Transportation as the highest ranked Position, Navigation and Timing (PNT) network .

• Significant Competitive Strengths – NextNav’s underlying assets include its global intellectual property portfolio of over 100 patents, a one-of-a-kind nationwide portfolio of licenses for 2.4 billion MHz-PoPs of 900 MHz spectrum, and a deployed network live in over 4,400 cities that covers over 90% of all buildings taller than three stories nationwide.

• Growing List of Blue-Chip Customers – NextNav’s Pinnacle product is already being deployed with customers and used by consumers and businesses in multiple industries in the U.S. and around the world.

The Boards of Directors of both NextNav and Spartacus have unanimously approved the proposed transaction, which is expected to be completed late in the third quarter of 2021 or early in the fourth quarter of 2021, subject to, among other things, the approval of the business combination by Spartacus’ stockholders and NextNav’s equity holders, satisfaction of the conditions stated in the Merger Agreement and other customary closing conditions.

Additional information about the proposed transaction, including an investor presentation, has been provided in a Current Report on Form 8-K filed by Spartacus today with the Securities and Exchange Commission (“SEC”) and available at: www.sec.gov and www.spartacus-ac.com.

Spartacus Acquisition Corporation and NextNav will host a pre-recorded joint investor conference call to discuss the proposed transaction today, June 10, 2021 at 8:30 am EDT.

The live call and replay will also be available as a webcast, which can be accessed at https://www.spartacus-ac.com/.

Spartacus Acquisition Corporation is a blank check company formed for the purpose of effecting a merger, capital stock exchange, asset acquisition, stock purchase, reorganization or similar business combination with one or more businesses. The Company is led by a management team and Board of Directors with extensive experience as strategic investors and operators of businesses throughout market cycles of emerging technologies in next generation fiber, wireless, and spectrum use cases. It includes: Chairman and Chief Executive Officer, Peter D. Aquino, and Chief Financial Officer, Igor Volshteyn. In addition to Messrs. Aquino and Volshteyn, the Board of Directors includes Alan Howe, Eric Edidin, Andrew Day, Shelly C. Lombard and Skyler Wichers and advisor Dave Williams.

NextNav provides next generation GPS. NextNav Pinnacle uses highly accurate vertical positioning to transform location services so they reflect the 3D world around us. Our revolutionary TerraPoiNT system keeps critical infrastructure resilient with reliable Position, Navigation and Timing services in the absence of GPS. With carrier-grade dependability and a rapidly expanding nationwide service footprint, NextNav is driving a whole new ecosystem for geolocation applications and services.