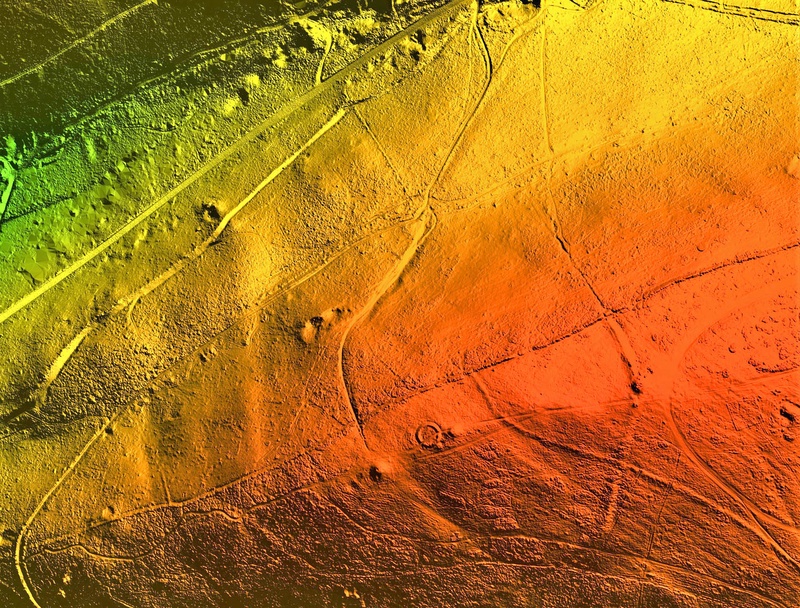 The QLPS is a £2.6 million National Lottery Heritage Fund (NLHF), 5-year project, created to address changing pressures on the Quantock Hills AONB and the surrounding parishes in Somerset. The scheme comprises 23 individual projects spanning natural and historic heritage, community engagement and education. Each project is intended to contribute to the long-term future of the hills by protecting, restoring and increasing understanding of the distinctive features of the Quantock landscape.

QLPS commissioned aerial survey and mapping company Bluesky to capture around 400 square kilometres of ‘leaf-off’ LiDAR at a resolution of 16 points per metre (ppm). Using one of its state-of-the-art Leica CityMapper sensors Bluesky recorded in excess of 6 billion individual height measurements which were processed to produce derived datasets, including elevation models and hill-shade images. A team of 20 volunteers were given detailed training in LiDAR interpretation to interrogate the data.

“The Bluesky LiDAR data has had a huge impact almost from the moment we took delivery,” commented Dan Broadbent, QLPS Historic Heritage Officer. “The results were received shortly before we were about to start our first community excavation, investigating what had previously been identified as a prehistoric linear earthwork on Cothelstone Hill. However, the LiDAR data revealed that this ‘linear’ feature was in fact the side of an enclosure. Given the amount of previous archaeological work undertaken in this area this was a remarkable development.”

Charcoal fragments retrieved during the subsequent excavations have suggested a late Bronze Age construction and the feature has been tentatively interpreted as a rare early example of a ‘Slight Univallate Hillfort’; a classification of monument, of which there are around 150 known sites in England, which is considered to be of national importance.

“The understanding of this site would not have been possible without the high-resolution LiDAR data captured by Bluesky, and our investigation of the enclosure will continue with a geophysical survey in due course,” Broadbent continued. “Meanwhile our LiDAR volunteers continue to analyse the data. We have already identified more than 400 ‘new’ archaeological sites and I am sure there are many more waiting to be discovered!”

Bluesky International operates a range of aircraft and sensors including three Ultracam Eagle Mark 3s, two CityMappers which allow the simultaneous collection of vertical and oblique imagery, as well as LiDAR data, and a Galaxy LiDAR which is mounted with a thermal sensor and survey grade camera. These systems put Bluesky International in the enviable position of being able to provide customers with unique and cost-effective geospatial solutions.