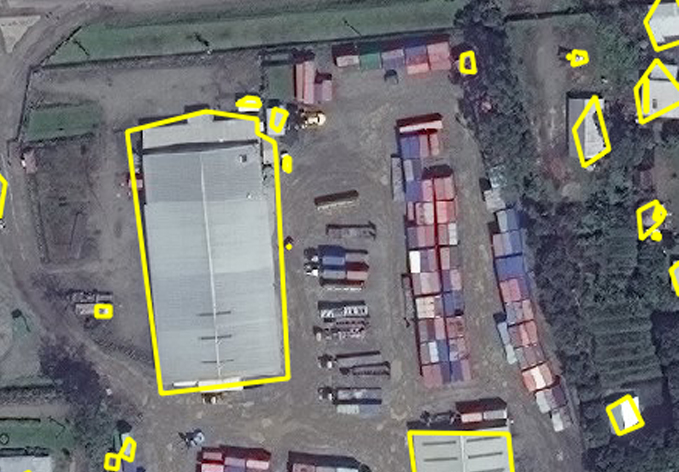 East View Geospatial (EVG), a provider of content-rich cartographic products, continues to enhance the accuracy of automated feature identification using its newly developed training data sets in supervised machine learning applications. The impressive early results pertained to automated recognition of building structures in an ongoing pilot project in Papua New Guinea (PNG).“Our goal is to create a state-of-the-art process that produces the highest quality training data available for the users and developers of supervised machine learning technology,” said Rod Buhrsmith, EVG Business Development. “In just a few months, we have made significant progress and expect to push the accuracy even higher.”

EVG will be available to discuss the PNG pilot in private meetings next week at the 2017 GEOINT Symposium in San Antonio. Sample data sets are being offered at no charge.

“We continue to seek partners in the GIS and GEOINT ecosystems who are building geospatial machine learning capabilities and need high-quality source data to break through to the next level of big data analytics,” added Buhrsmith.

In its early phases, the pilot has concentrated on developing foundational training data sets tailored to identification of transportation, hydrology, infrastructure and land use/land cover in half-meter satellite imagery. EVG and its partners are now expanding their research to include imagery and streaming video from other sources, including aircraft, unmanned aerial systems (UAS), and terrestrial sensors.

“Our role in this space is to become the authoritative source of training data, either custom made or archived in a commercial library,” said Mark Knapp, EVG Product Development. “We have the data sourcing expertise and MilSpec production capabilities to accommodate any geospatial application.”

To arrange a private meeting at GEOINT in San Antonio, June 4-7, contact Rod Buhrsmith at rodney.buhrsmith@eastview.com or Mark Knapp at mark.knapp@eastview.com or call 1-952-252-1205.

In the next phases of the PNG pilot, EVG will create custom training data sets for specific supervised machine learning applications and geographic areas in parallel with development of off-the-shelf data for on-demand purchase. This geospatial data will be drawn from the EVG archive, which includes imagery, maps, and charts as well as topographic, 3D, DEM, GIS, and vector data sets. Much of this data is locally sourced in parts of the world not accessed by any other commercial cartographic organization. These areas include Russia, China, Iran, Former Soviet Union, Middle East, East Asia and North Africa.

East View was founded in 1989 and is headquartered in Minnetonka, Minnesota, USA. The East View Companies are comprised of East View Information Services (www.eastview.com), East View Geospatial (www.geospatial.com), East View Map Link (www.evmaplink.com) and East View Press. East View maintains thousands of supplier/publisher relationships throughout the world for maps and geospatial data and Russian, Arabic and Chinese-produced social and hard science content. East View manages a data center, library and warehouse in the Minneapolis area where it hosts and stores dozens of foreign language databases, hundreds of thousands of maps and atlases, and millions of geospatial, Russian, Chinese and Arabic metadata records.