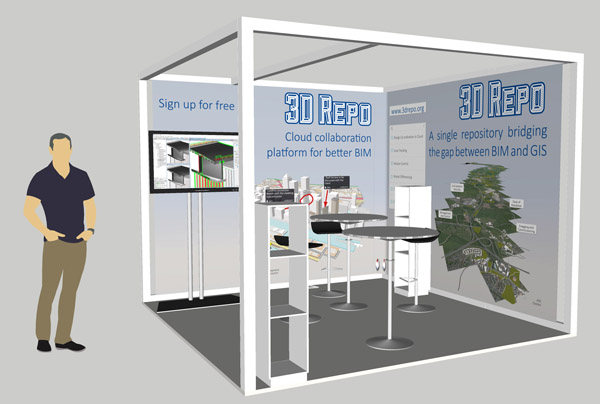 3D Repo will be showcasing the latest version of its cloud software for collaborative Building Information Modelling (BIM) at the upcoming National Infrastructure Forum in London. On show will be 3D Repo’s new online rendering engine based on the Unity cross platform game engine, as well as Virtual Reality (VR) applications that are an integral part of the new platform. Experts will also show how seamless integration between BIM and Geographic Information Systems (GIS) is benefitting key infrastructure projects, thanks to 3D Repo.

As the UK’s premier infrastructure event, the National Infrastructure Forum takes place on Tuesday 13th June at Excel, London, and combines a conference featuring world class speakers plus a packed exhibition, attended by more than 1,200 visitors in 2016. 3D Repo will be demonstrating its award winning BIM platform live on stand 320.

“This is a high profile event with all the leading names in construction, energy, utilities and transport represented,” commented 3D Repo’s CEO, Dr Jozef Dobos. “With 3D Repo now being an approved G-Cloud supplier for the UK Government, we are well positioned to support large-scale infrastructure projects across the country. At NIF 2017, we will be showcasing our newly released cloud-based rendering engine that is closely integrated with VR tools, as well as previewing future releases which will include plug-ins for leading software packages used within the architecture, engineering and construction sectors.”

3D Repo, a spinout from University College London, is a multi-award winning company offering a Software-as-a-Service (SaaS) platform for BIM in the cloud. Instead of architects, consultants and contractors sharing massive proprietary files in a costly and time consuming manner, they can simply point their web browser to an encrypted knowledge base in order to examine each project stage virtually, even on mobile devices. Additionally, the project knowledge base can be accessed via VR, giving a live experience which has applications in Health and Safety training and client experiences.

The 3D Repo team has collaborated on a number of large scale projects with companies such as ARUP, Balfour Beatty, Highways England, Skanska, Crossrail and Canary Wharf Contractors.