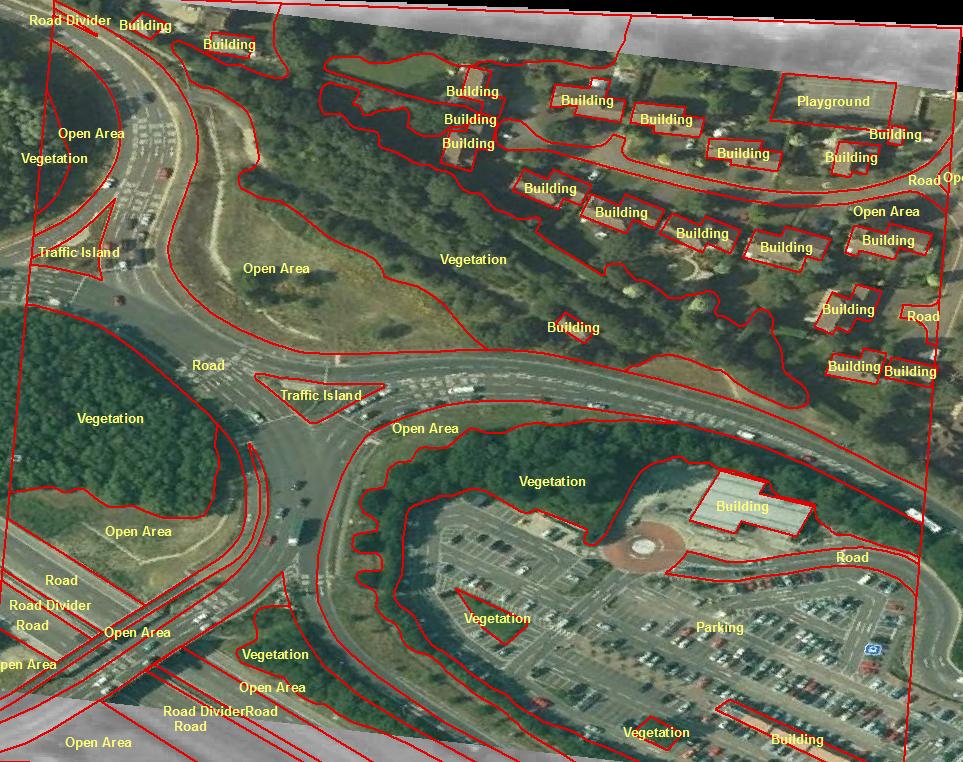 Remote sensing is a vital system to acquire information of earth resources and environment. Remotely sensed images comprise of spectral, spatial and temporal resolution. The introduction of High-resolution satellite imagery is projected to reduce cost for medium and small scale topographic mapping. Since high-resolution satellite imagery has a much close-fitting field angle, the projection of images is nearly calculated by parallel rather than central systems. Using high resolution we can extract valuable information that will serve as a reference to bigger data needs and planning.

The feature extraction stage is intended to obtain a solid, non-redundant and evocative demonstration of observations. It is accomplished by removing repetitive and irrelevant material from the data.
SBL has perfected its capabilities in 2D feature mapping in the form of base mapping, land use land cover mapping and other types of thematic mapping. This kind of remote sensing services requires the knowledge of pre-processing on the satellite images. These pre-processing steps includes geo-referencing for geometric corrections and image enhancement for radiometric corrections. Digitally enhanced and geo-referenced images can be (re)projected to real world co-ordinate systems to put it in use for 2D feature extraction.

GIS data represents real world entities and features such as roads, land use, elevation, trees, waterways, etc. In GIS all features are grouped under the classes of point, line or polygons. Points are the smallest entity in GIS. Land marks, spot heights and point features such as locations of wells, ATM’s etc. can be represented in the form of points. Lines constitute a series of points called vertices and nodes with a start point and an end node point. Transportation network, drainage network, telecommunication lines, power transmission lines, sewerage network and other utility and transport networks can be represented in the form of lines. Polygons are closed features in which a line has start point and end point the same and which will encompass an area within it. Parks, water bodies, residential areas and forests can be represented in the form of polygons.

For 2D feature extraction services SBL will follow a classification schema derived after the requirement and need study established with the end-client. For example, for a forest department forest land parcels along with hydrographic and transportation network will be captured. For a mining firm during their replacement and rehabilitation process residential buildings, plantations, and orchards may be the main concentration. The thematic mapping using 2D features will be established as per the project and need requirements and is designed with a long term vision of serving the future changes and developments.

GIS mapping for 2D features extraction can be possible through aerial photographs as well. The features can be extracted using image interpretation keys such as tone texture, size, shape, association ext. SBL’s experienced image interpreters will deduce the images to useful thematic categories based on the classification schema. The final stage of the GIS based mapping services is the cartographic layout preparation. Each and every mapped 2D features will be given with a suitable standard symbology and layout can be prepared based on standard cartographic norms. The above notes explains in general the 2D mapping approach adapted by SBL.