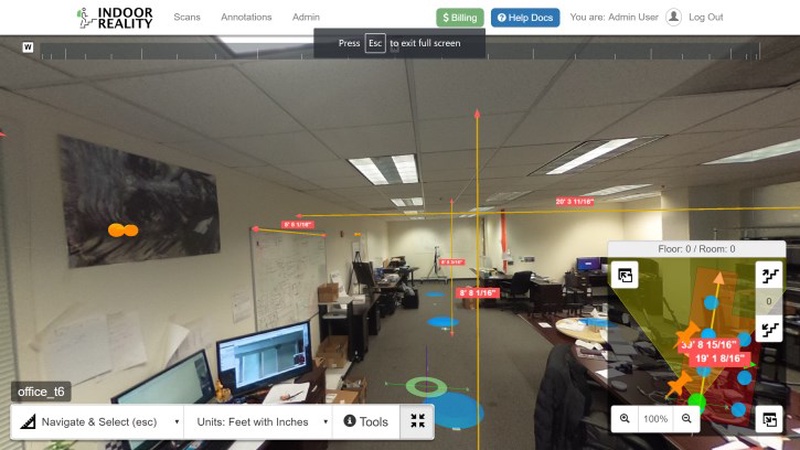 Berkeley, California, May 2, 2018 – Indoor Reality announced today the latest update to its 3D mobile mapping solution – IR-200 – a phone based 3D reality capture systems which can be used for rapid, affordable 3D floor plan generation of buildings and their assets. The new system can be used as a standalone Android or IOS app on mobile phones, or in conjunction with an additional camera. “The new product, R-200 is a natural progression from our existing handheld product IR-500, and our backpack IR-1000; it provides an unprecedented price/performance capability for 3D reality capture of buildings for professionals in facilities management, real estate, AEC, or anyone interested in 3D visual documentation of buildings and assets.” said Founder and CEO, Avideh Zakhor.

Existing systems are bulky, large, expensive and take a long time to capture by having to move a tripod around inside buildings. “This device could fit into one’s pocket, is super fast to capture, yet it generates a rich set of data products such as immersive 3D visualizations, 3D floor plans and mesh, in minutes using Indoor Reality’s cloud processing platform. The 3D visualization of the captured data can be used on desktops, laptops, mobile devices, or virtual reality headsets such as Google Daydream. As such it enables architects, general contractors, property owners, and other building professionals to deal with tight schedules of remodeling projects for their customers and tenants,” Zakhor said.