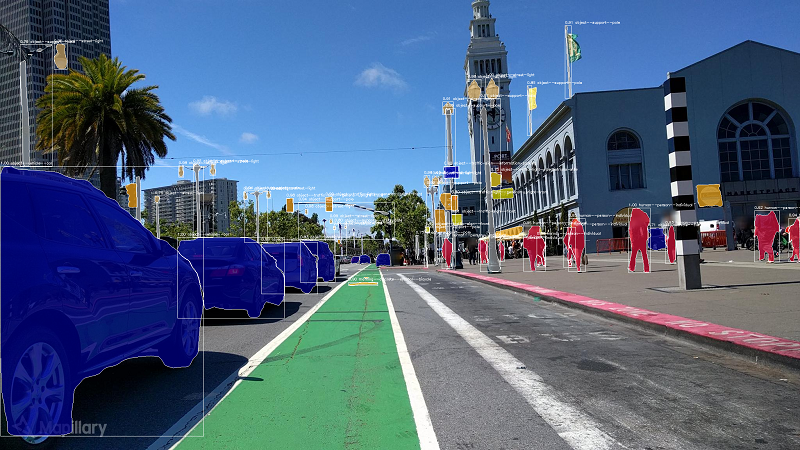 Malmo, January 22 - Mapillary, the street-level imagery platform that uses computer vision to fix the world’s maps and train autonomous systems, today announced that its computer vision technology has successfully localized and put more than 186 million map features on the global map, derived from more than 430 million images. The company’s computer vision algorithms have been trained to localize more than 42 new map feature classes, such as utility poles, fire hydrants, and line features like curbs, in addition to the 1,500 different traffic sign classes that the platform has already supported for some time.

Jan Erik Solem, co-founder and CEO of Mapillary, says: “The demand for map data is on the rise in industries ranging from mapping to automotive and governmental sectors, like transportation agencies. There’s no way any single player can map the world on their own, which is why we’ve built this collaborative and computer vision-powered model. It allows anyone to share imagery and access important information in the images through computer vision.”

Mapillary’s model is based on collaboration, which means that the company hasn’t captured any of the more than 430 million images that it stores on its platform. Instead, all the images have been uploaded by people and organizations around the world that are looking to access map data in the images or use them in their workflows. By uploading imagery to Mapillary, it is automatically anonymized and made available to the public. Mapillary’s customers and partners range from mapping providers HERE and Mapbox, to automotive players like Toyota and AID, Audi’s self-driving subsidiary, and cities and organisations like Amsterdam and the World Bank.

The mapping market has seen a surge in recent years as progressions in the automotive industry put increased pressure on what’s expected from maps. Meanwhile, location-based services are on the rise, and a report from 2017 estimates that the geospatial analytics market will boom by 357% between 2017 and 2027. Mapillary claims to be the only organization to openly publish map data in a way that makes it available to anyone. As for map features, which is launched in beta mode today, Solem says it is likely to be of particular interest to mapping platforms, GIS players, and agencies in the transportation field:

“This is something that people have asked us about for a long time. Cities are changing faster than ever before and the old way of surveying streets is too slow, expensive, and cumbersome. Manual inventories usually cost $4-6 per object. When you want a detailed overview of an entire city with millions of objects, the cost gets staggering high. By automating the entire process, we’re able to significantly slash both cost and time for cities, map providers, and transportation bodies.”

Mapillary’s Map Features are available to view and purchase on mapillary.com and mapillary.com/pricing, respectively. For sales inquiries, contact sales@mapillary.com.

Map features are available as part of a subscription plan. Subscription plans are based on the length of the road network requested, and begin at $10,000 per year for up to 1,000 km. We have plans available for networks of up to 10,000 km, but our sales team is available to help with larger areas as well. Read more on mapillary.com/pricing.

Mapillary is the street-level imagery platform that uses computer vision to fix the world’s maps.  Images from any device are combined into a visualization of the world that generates map data for improving maps, developing cities, and progressing the automotive industry. Mapillary’s tools enable anyone to collect, share, and use street-level images. Today, people and organizations all over the world have contributed more than 430 million images toward Mapillary's mission of helping people understand the world's places through images and making this data available, with clients and partners including the World Bank, Mapbox, HERE, and Toyota Research Institute. Mapillary has raised $24.5 million in venture capital from some of the world's most seasoned investors, including Sequoia Capital, Atomico, and BMW i Ventures.