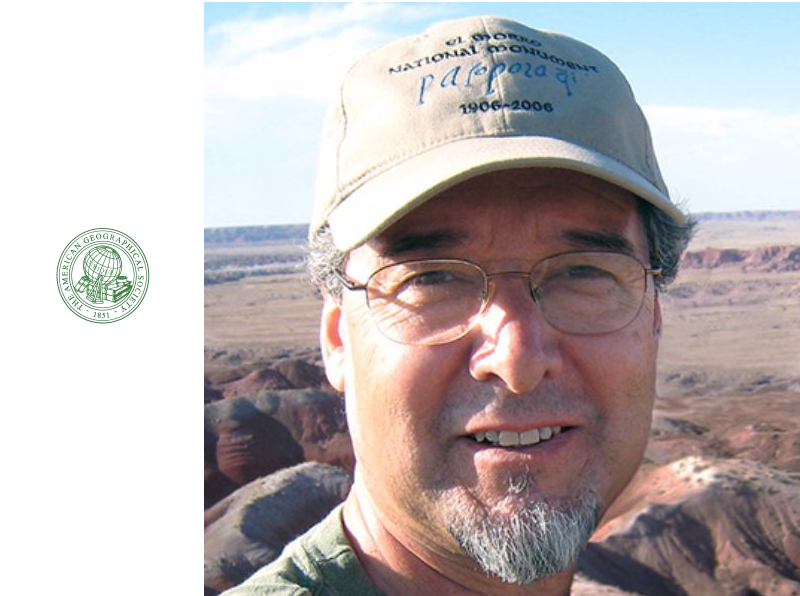 [New York City, NY] – [October 23, 2019] — The American Geographical Society (AGS) has announced that Dr. Daniel Arreola, Emeritus Professor at the School of Geographical Sciences and Urban Planning at Arizona State University, has been selected to receive the Paul P. Vouras Medal. The medal will be presented on November 22nd, 2019, during a ceremony at the annual AGS Fall Symposium, “Geography 2050: Borders and a Borderless World,” to be held at Columbia University.

Established in 1988, the Paul P. Vouras Medal awards “exemplary research conducted in the field of regional geography.” The medal was named after Paul Vouras, a Professor Emeritus of Geography at William Paterson University in New Jersey, who contributed to numerous important works pertaining to regional geography. Past winners include Drs. Deborah and Frank Popper as well as Dr. John Fraser Hart.

Dr. Arreola has focused his attention and insight on the Southwest borderlands and authored many articles and books on the region. Dr. Arreola’s body of work focuses on the border region, a place that is in high visibility today. His work helps the broader public understand the cultural overlay that sprawls across political boundaries. His work has earned widespread acclaim, including the American Association of Geographers’ J.B. Jackson Prize for his book “Tejano South Texas: A Mexican American Cultural Province” (2002). He has also received the Distinguished Scholar Award from the AAG’s American Ethnic Geography Specialty Group and the Carl O. Sauer Distinguished Scholarship Award from the Conference of Latin Americanist Geographers. In addition, he earned the Preston E. James Eminent Latin Americanist Career Award from the Conference of Latin Americanist Geographers in 2016.

“The Vouras Medal is for contributions to regional geography, and if there is one region we all need to understand better today it's the Mexico-US borderland. That's Dan Arreola's specialty,” said Dr. Deborah Popper, Chair of the Honors & Awards Committee. “Anyone with responsibilities that affect that area should be required to read Arreola. They would get an understanding of the longstanding relationships there, the cultural nuances--similarities, differences, acceptance, and resistance--that give rise to the borderlands societies. Arreola has done tremendous work, logging lots of fieldwork- and manuscript divisions- time to give us a well-documented and accessible of an important place,” she added.

For more information, including registration, for the Fall Symposium, go to www.geography2050.org

The American Geographical Society (AGS) is a 21st-century learning society dedicated to the advancement of geographic thinking, knowledge, and understanding across business, government, academe, social sectors, and most importantly with teachers and students. Established in 1851, AGS is the oldest professional geographical organization in the United States. It is recognized worldwide as a pioneer in geographical research and education for over 168 years. The mission of AGS is to advance and promote geography in business, government, science, and education. Our goal is to enhance the nation’s geographic literacy to engender sound public policy, national security, and human well-being worldwide. AGS seeks to engage the American public, from its youngest to its oldest citizens, with new and amazing ways to understand and characterize our changing world. The Society maintains its headquarters in New York City.