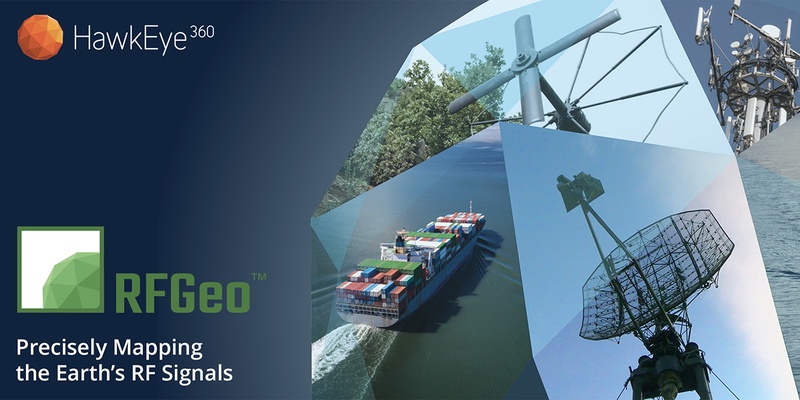 “We are excited to introduce an expanded signal catalog to address new markets as we rapidly scale the company after closing our Series B funding,” said Alex Fox, Executive Vice-President for Sales and Marketing, HawkEye 360. “We continue to innovate and rapidly advance our capabilities as the world leader in the emerging space-based RF data and analytics market. These new signals deliver a more comprehensive view of the world to improve the utility of our RF analytics.”

With this update, HawkEye 360 expands beyond VHF and X-band to include the first RFGeo signals in the UHF and L-band frequencies. In the UHF band, RFGeo is now mapping signals for push-to-talk radios commonly used across land. Through mapping these type of radios, HawkEye 360 can help clients uncover anomalous behaviors, for applications such as finding cross-border smuggling operations or poaching activities in nature preserves.

“Our homeland security customers need affordable services to monitor and secure the borders,” said Tim Pavlick, Vice President of Product, HawkEye 360. “They need timely insights to identify activity and security threats. For example, there is almost 6,000 miles of land border between the continental United States, Mexico, and Canada. HawkEye 360’s unique data and analytics will help our customers maintain better visibility along this border.”

• RFGeo Catalog – Since February, the HawkEye 360 satellites have collected millions of data points. Customers can now place orders to access archived geospatial data. This data set is useful for developing a richer understanding of patterns of life.

The RFGeo product launched commercially in April of this year. In addition to the newly announced signals, RFGeo can independently geolocate marine X-band radar, marine VHF radio channels 16 and 70, EPIRB marine emergency distress beacons, and vessel Automatic Identification System (AIS). HawkEye 360 is continually adding signals to the catalogue to broaden the reach of RF identification across land, sea, and air.

More information about HawkEye 360 can be found at www.he360.com.

HawkEye 360 is a Radio Frequency (RF) data analytics company. We operate a first-of-its-kind commercial satellite constellation to identify, process, and geolocate a broad set of RF signals. We extract value from this unique data through proprietary algorithms, fusing it with other sources to create powerful analytical products that solve hard challenges for our global customers. Our products include maritime domain awareness and spectrum mapping and monitoring; our customers include a wide range of commercial, government and international entities.