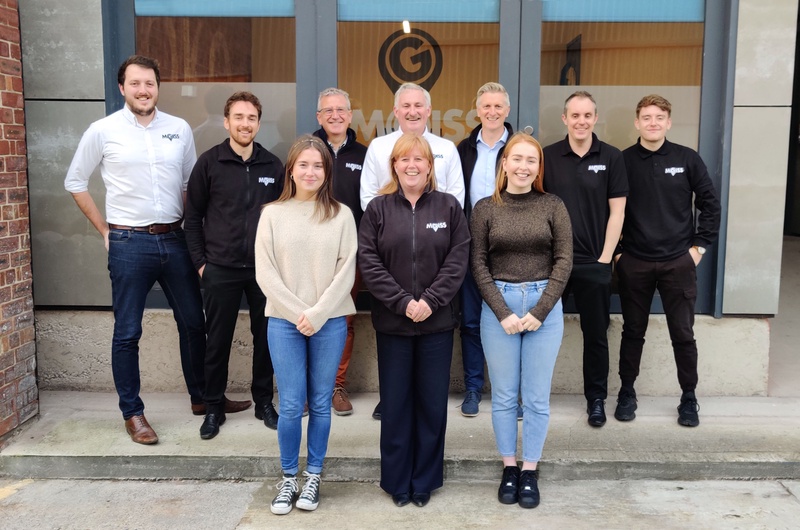 Liverpool, UK, 20 November 2019 – MGISS, a specialist in the use of geospatial technology in the utility, infrastructure and environment sectors, has been ranked as fourth in a list of disruptive companies creating innovative technology solutions in the North West of England.

MGISS advises organisations such as Northumbrian Water, Sir Robert McAlpine and the National Trust in the smart use of data, software and hardware to information strategic asset management and was featured alongside AI solutions providers, VR entertainment creators and even a robotic process automation company. MGISS was one of two companies based in Liverpool that featured in the top five and the only geographic information company in the top fifty.

“This is a huge honour and great recognition for our hard working team,” commented MGISS Managing Director and founder Mike Darracott. “Geographic information recognises the importance of place and at the moment the North West is a powerful place to be so we were up against some very strong competition from more mainstream tech sectors.

“This ranking comes hot on the heels of other awards including being named as one of the top 21 companies in the mapping software space by Beauhurst, featuring in the inaugural LCR Tech Climbers list and also acceptance as an approved supplier of geospatial products and services to government organisations,” he continued.

Compiled from a shortlist of 224 qualifying companies, the North West Tech 50 rankings was judged by a panel of independent experts, including representatives from the Department for International Trade, Tech Manchester and The Extraordinary Club before facing a public vote which attracted thousands of submissions. The ranking was not open to large companies with internal R&D departments or e-commerce retailers or technology infrastructure businesses, such as telecoms. Applicants were required to be developing bespoke, innovative solutions, using the latest technologies, in order to be considered.

The North West Tech 50 is one of 11 annual, regional ranked lists, published by the BusinessCloud media company which aims to demystify tech for a business audience with a quarterly magazine, website and even

MGISS is a specialist in the use of geospatial technology in the infrastructure, environment and energy sectors.

MGISS is a multi-award winning company located in the exciting technology hub in the Baltic Triangle area of Liverpool. MGISS was recently ranked at number four in the North West Tech 50 a ranking of disruptive companies creating innovative technology solutions, named as one of the top 21 companies in the mapping software space by Beauhurst and featured in the inaugural 2019 LCR Tech Climbers list.