Bluesky Awarded LiDAR Contract to Map Wales from the Air 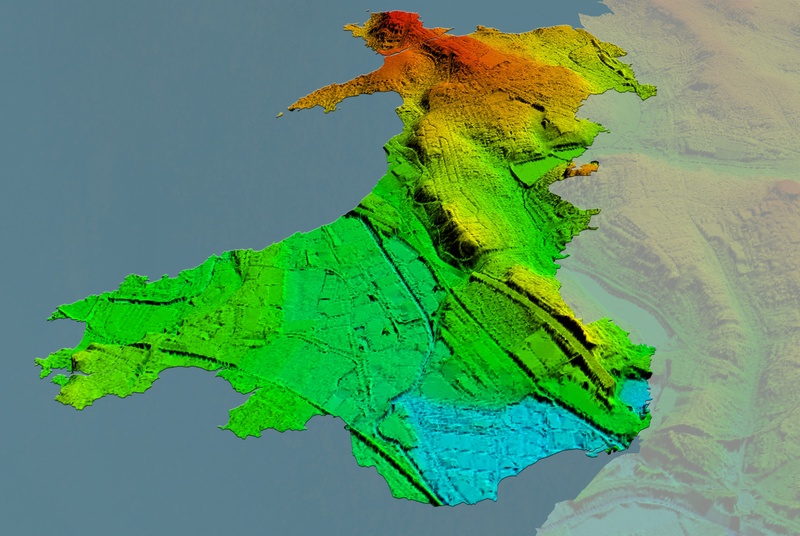 Leicestershire, UK, 26 February 2020 – Aerial mapping company Bluesky International has been awarded a contract by Natural Resources Wales, on behalf of Welsh Government, to capture a high resolution laser mapped aerial survey of the whole of Wales.

Working alongside Natural Resources Wales and Welsh Government, Bluesky will capture the data at a resolution of 2 points per metre before processing and delivering LiDAR (Light Detection and Ranging) data for more than 20,000 square kilometres of rural and urban landscapes. The Bluesky LiDAR data will be employed in a range of policy areas including flood modelling, forestry management, coastline monitoring, urban planning and archaeological conservation.

In addition to use internally by Welsh Government and Natural Resources Wales, the LiDAR data will also be made publicly available in due course, via Welsh Government’s Lle Geo-Portal website and Bluesky’s Mapshop.

“Historically LiDAR data has been acquired over Wales at various points in time from the 1990s onwards,” commented Paul Isaac, Project Manager at Natural Resources Wales. “However, since these datasets have been collected for different reasons a patchwork of data exists that is inconsistent in terms of capture technology, coverage and resolution. Also, many of the high altitude, mountainous areas have not been captured at all resulting in key habitats and ecosystems remaining unmapped.”

“This pattern of largely uncoordinated acquisitions would likely have continued with different programmes and projects funded from various sources,” he added. “Therefore, rather than different public sector bodies securing data individually – leading to inefficiencies and discrepancies – Welsh Government proposed to capture one consistent dataset to cover the whole country. A further key driver for the projects is the wider economic benefit as organisations and individuals will no longer have to fund separate data capture.”

Bluesky was awarded the National LiDAR for Wales Contract following a formal tender process with responses evaluated on technical ability as well as price. All tenders were required to provide a detailed methodology of how they would complete the project to the published specification.

“Bluesky was able to provide evidence that they could provide the required services at a competitive price,” concluded Paul Isaac. “Bluesky also showed they had extensive experience in this field having successfully delivered a number of related projects.”

Rachel Tidmarsh, Managing Director of Bluesky International, added, “We are delighted to be working with Natural Resources Wales on this nationally significant project. As a team we have great experience delivering large scale projects of this nature to the required specification and timescales.”

In order to capture highly accurate LiDAR (Light Detection and Ranging) data a survey aircraft equipped with a system of lasers is used. Lasers are transmitted to the ground and the time taken for the beam to be bounced back to the aircraft-mounted receivers is recorded. Using the known position of the aircraft (derived from on-board satellite positioning equipment), the time taken for the return of the laser beam and the known value of the speed of light, the distance between the aircraft and ground is calculated.

Readings can also be taken to determine the height of buildings, vegetation and other surface structures such as above ground pipelines, highways, street furniture, power lines and railway tracks.

Bluesky International is one of the leading and most successful aerial survey and geographic data companies in the UK producing and maintaining seamless digital aerial photography and height data on a national scale in both Great Britain and the Republic of Ireland.