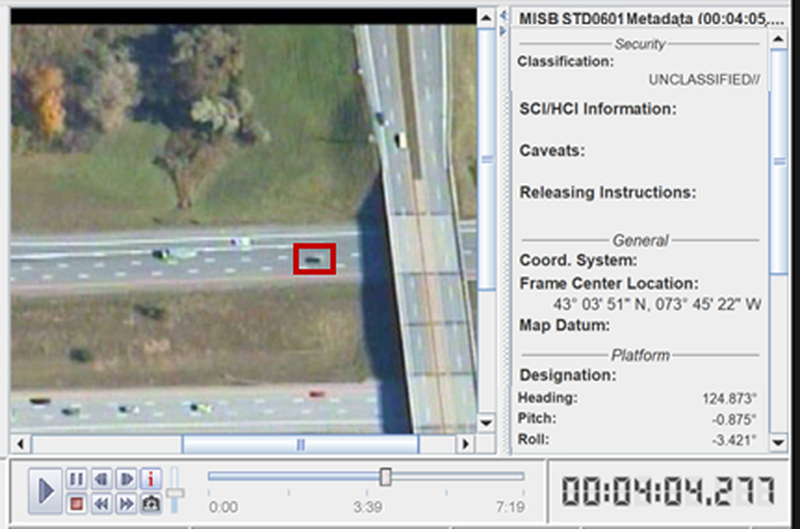 Rome, New York – March 24, 2020 – PAR Government Systems (“PAR Government”), a provider of geospatial and decision support solutions to the U.S. government for 50 years, has re-launched the popular GV3.0® raster imagery and full-motion video viewing package as a commercial product. The new release is an enhanced version of the GV3.0 geospatial visualization tool once available only to the U.S. Defense and Intelligence, and GEOINT community.

“Commercial-off-the-shelf availability of GV3.0 is welcome news to the thousands of DoD personnel and contractors who have relied on this geospatial tool for almost 20 years,” said PAR Government President, Matt Cicchinelli. “In the federal civilian and private sectors, first-time users will be impressed with the robust image and full-motion video (FMV) viewing capabilities contained in such an affordable product.”

For exploitation and analysis of remotely sensed video, GV3.0 has been widely embraced by the U.S. Defense-Intelligence community because it allows end users to view and edit the KLV metadata (sensor type, geolocation, annotations, etc.) in the video stream that is vital for location-based applications and wide-area monitoring. Deployments of GV3.0 include NGA, NATO, U.S. military branches and U.S. Coalition Forces.

Official support for the GV3.0 GOTS product ceased with Build 985 in 2015 when the government contract concluded, leaving some users with expiring licenses or post-Windows 7 system incompatibility. At the request of stakeholders, PAR Government made the decision to fund continued development of GV3.0 as a commercial product available for purchase by end users without restriction in the public and private sectors.

“GV3.0 customers – both first-time and long-term – will be excited by the processing speed and ease of use in the latest Build,” said Cicchinelli. “In terms of affordability and function, no other commercial package even comes close to the new GV3.0.”

The commercial GV3.0, now in Build 1010, has been optimized for use on 64-bit Windows 10 devices with support for Java version 12. License keys from older GOTS GV3.0 builds are not supported in Build 1010 and must be replaced. GV3.0 can be integrated into many existing geospatial analysis workflows.

For more information, visit the PAR Government website at: https://gv30.net/index.html

PAR Government Systems is a leader in providing computer-based system design, engineering and technical services to the Department of Defense and various federal agencies. An ISO 9001:2015 certified company, PAR Government is a wholly owned subsidiary of PAR Technology Corporation. (www.pargovernment.com). PAR Technology Corporation's stock is traded on the New York Stock Exchange under the symbol PAR.