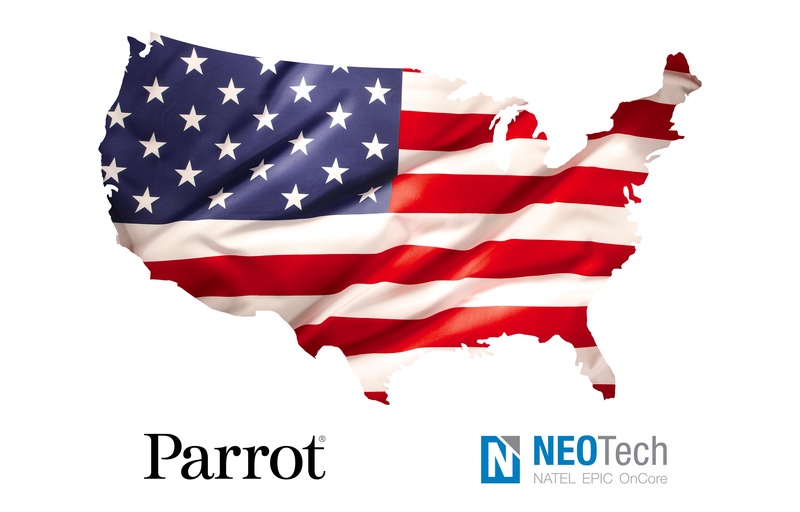 PARIS, April 15, 2020 /PRNewswire/ -- Parrot has passed another milestone in the United States Army's Short-Range Reconnaissance drone program. As the final steps of this selection process, Parrot will participate in an operational assessment to support an Army production award decision. In anticipation of an increased demand signal from the Department of Defense, Parrot will start manufacturing prototypes of its dedicated drone in the United States of America.

The mature prototype presented by Parrot, designed with carefully selected components, has now been approved for initial manufacturing. To support Parrot's commitment to U.S. industry capabilities, Parrot is currently finalizing its U.S. production chain with its partner NEOTech to build its final prototype batch for delivery to the U.S. Army and the Defense Innovation Unit in July 2020. The final prototype assembly includes the installation at NEOTech facility of all software developed by Parrot in Paris (France) ensuring high IP protection with no data dissemination. NeoTech and Parrot are also partnering to achieve the highest quality standard in the industry to meet the U.S. Army requirements.

With over 40 years of heritage in electronics manufacturing, NEOTech specializes in high-reliability programs primarily in the aerospace and defense industry, medical products, and high-tech industrial markets. NEOTech has a highly talented engineering group and multiple manufacturing locations throughout the U.S. and is well recognized for its excellent customer service and high-level industry specific certifications. This partnership agreement reinforces Parrot's strategy to expand in the U.S. through a dedicated approach of the defense & security markets.

"Parrot is honored to work with the DoD on this highly strategic project," said Laurent Rouchon, VP Security & Defense at Parrot. "We have successfully met the high standards set over the last 12 months on the prototype efforts and we look forward to entering this final phase and launching production in the USA."

In April 2019, the U.S. Army and the Defense Innovation Unit selected Parrot and five additional commercial drone manufacturers to develop Short-Range Reconnaissance prototype drones for military use. As a result of the award, Parrot developed a prototype of the drone between May and November of 2019. Parrot focused the company's Paris based research and development efforts toward engineering a drone dedicated to the U.S. Army specifications. A prototype unit was finalized in November 2019, and the initial testing phase continued through January 2020. The initial positive results have encouraged Parrot to begin exploring the industrialization phase in early 2020.

Founded in 1994 by Henri Seydoux, Parrot is today the leading European group in the fast-growing industry of drones. Visionary, at the forefront of innovation, Parrot is the only group to be positioned across the entire value chain, from equipment to services and software. Its microdrones, recognized for their performance and robustness, address consumer and professional uses. The Group also has a set of advanced professional solutions (drones, sensors, software) intended for businesses, large corporations and governments. Its expert solutions are focused primarily on three vertical markets: (i) Agriculture, (ii) 3D Mapping, Surveying and Inspection, and (iii) Defense and Security.

The Parrot Group designs and engineers its products in Europe, mainly in France and Switzerland. It currently employs over 500 people worldwide and makes the majority of its sales outside of France. Parrot, headquartered in Paris, has been listed since 2006 on Euronext Paris (FR0004038263 - PARRO).

NEOTech combines the strengths of three leading contract manufacturers: NATEL, EPIC, and OnCore. With their position and experience as an industry-leader in electronics manufacturing, NEOTech focuses on low-to-medium volume – high-mix designs for high-complexity/high-reliability products primarily in the defense/aerospace, industrial and medical industries.