Panoramic imagery immerses viewers in a way no other medium can. It puts observers in control of what they want to look at within an image, allowing them to see anywhere — up, down, left, right, or behind. The LuciadRIA 2020.1 release brings support for 360° panoramic images. These can be served by LuciadFusion via a standard protocol and are brought into the 3D view as another information layer with no plugin or separate view panel. You can fully integrate panoramic images with any other information present in your 3D view. As a result, you can see buses moving though the street, get status updates of critical infrastructure items, and even combine panoramic imagery with other 3D datasets like terrain elevation, 3D models, and point clouds.

In this webinar you’ll see how to:

Join our webinar to witness a full 3D immersive experience! 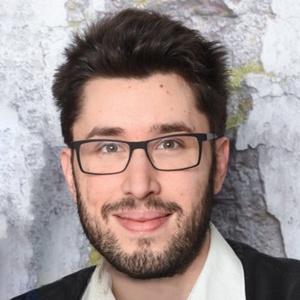 Daniel Balog
R & D Director, Luciad
© Directions Magazine
editors@directionsmag.com
Get Directions Magazine delivered to you
A summary of top stories and the latest geospatial trends emailed direct to you
Please enter a valid email address
Please let us know that you're not a robot by using reCAPTCHA.
This form is protected by reCAPTCHA and the Google Privacy Policy and Terms of Service apply.
Sorry, there was a problem submitting your sign up request. Please try again or email editors@directionsmag.com