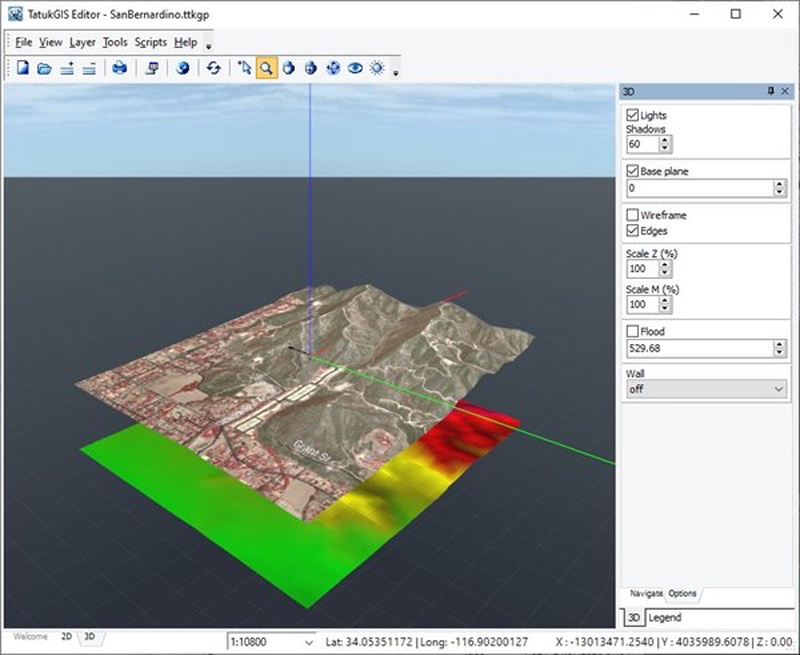 TatukGIS recently implemented support for "geological" 3D maps for incorporating multiple, vertically spaced Digital Elevation Models and other layers in the same map project. This is in response to requests from some customers, mostly geologists, for the ability to create map projects involving multiple 3D surfaces.

Such a project might involve, for example, an aerial image draped on a 3D DEM surface topology layer along with 3D representations of other layers representing perhaps underground bedrock, hydrology, infrastructure, or modelled hydrocarbon and mineral deposits. The vertical level of each layer can be managed by using its 3D FalseZ property, such as to reflect true vertical distances or optimize the presentation.