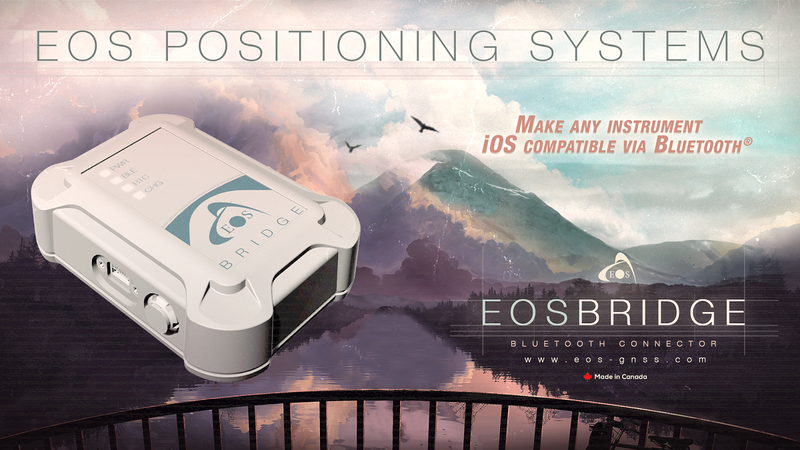 The Eos Bridge™ is a small, pocket-sized device that connects to instruments via Bluetooth Classic or serial port, and transmits data from them to any Apple iOS device, such as iPhone or iPad, Android device or Windows mobile device.

Instruments that are equipped with non-iOS Bluetooth are now able to connect to Apple iOS devices using the Eos Bridge™. This includes laser rangefinders and utility-locating instruments, for example.

With the Eos Bridge™, instruments whose only connectivity option is a serial port may now be connected to any iOS, Android, or Windows device via Bluetooth. This includes any instrument or sensor with an RS-232 serial port, for example.

The Eos Bridge™ is lightweight, at approximately 150 grams (about 5.3 ounces). It can be worn inconspicuously by being clipped to a belt, stored in a pocket, or mounted to an instrument or sensor. The Eos Bridge™ battery lasts 48 to 72 hours.

The Eos Bridge™ expands the potential pairings of legacy instruments and sensors by making them Bluetooth compatible with modern mobile devices and Arrow GNSS receivers. Two immediate applications for current Arrow GNSS users include Eos Laser Mapping™ for ArcGIS offset data-collection, and Eos Locate™ for ArcGIS for underground utility mapping. Both solutions are available on iOS.