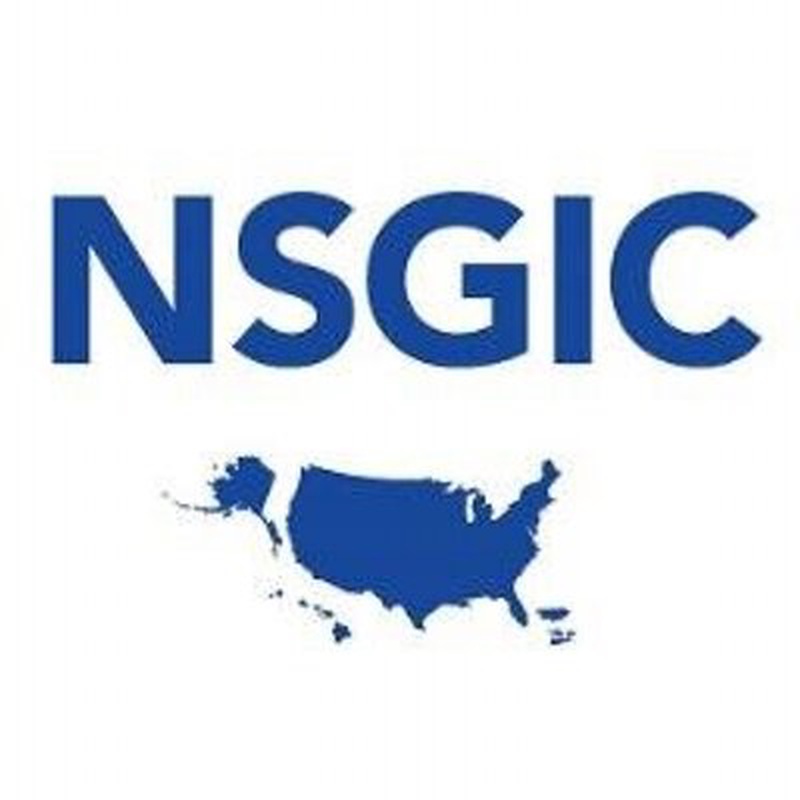 New Orleans, LA -- National States Geographic Information Council (NSGIC) announces the election of new members to its Board of Directors, as well as the full slate of officers and board members for the 2020 - 2021 term.

Graduating with honors from Oregon State University, Jenna has been learning, practicing, and teaching GIS for almost 20 years. She has extensive experience in data acquisition, database management, GIS user training, and project management. She served as the state data liaison for the Arizona Land Resource Information System (ALRIS) for over ten years. In addition to her role as NSGIC President, Jenna currently serves on the Arizona Geographic Information Council and the Arizona State Board on Geographic and Historic Names.

“It is an honor and a privilege to serve as NSGIC President. I am grateful to those who have helped guide me towards this amazing opportunity! I am excited for the year to come and the impact this year’s NSGIC Board of Directors will make. The future is bright,” said new NSGIC President Jenna Leveille.

Jonathan Duran (AR) has been elected President-Elect after serving three years on the Board of Directors. Jonathan joined the Arkansas GIS Office as a GIS Analyst in 2010 to support the ongoing development and maintenance of framework data programs, primarily road centerlines and address points. In October 2016, he was promoted to Deputy Director and assists with project management as well as the day-to-day operations and strategic planning for the agency. Jonathan has been engaged in practicing and learning GIS for almost 20 years.

Leslie Jones (AK) has been elected to the position of Director. Leslie is the Geospatial Information Officer (GIO) for the State of Alaska, providing leadership and coordination for geospatial data, initiatives, and policies. She also serves as Executive Director of the Alaska Geospatial Council, coordinating across agencies to advance geospatial priorities. Leslie has a B.S. from North Carolina State University, M.S. from Montana State University and Ph.D. from University of Montana. She has demonstrated strong collaboration skills over the course of her 20-year geospatial career, including prior service in the federal government, private sector, non-profit, as well as academia. She has 17 peer-reviewed publications and has led $4.8M in externally funded projects with a geospatial focus. In her position as GIO, she promotes the value of using geospatial technologies to increase efficiencies and provide access to data and analytics to support informed decision making.

Kenneth Nelson (KS) has been elected to the position of Director, having previously been appointed to a vacant seat on the Board. Ken serves as the Kansas Geographic Information Officer (GIO), Director of the Kansas GIS Data Clearinghouse (DASC), and manager of the GIS & Computing Services at the Kansas Geological Survey (KGS), a research unit of the University of Kansas. Ken graduated from the University of Kansas in 1993 with degrees in Geography and Environment Studies. After serving as a GIS contractor at the Environmental Protection Agency’s Region VII office, Ken joined the KGS team in 1995. Over the past 26 years, Ken has managed numerous GIS database and application development projects and collaborated with all levels of government and the private sector. DASC provides a variety of services for the Kansas GIS community and supports enterprise GIS applications for numerous state agencies. Additionally, Ken serves on the Kansas 911 Coordinating Council and chairs the GIS Committee, developing and maintaining GIS standards and policies for the Council’s Next Generation 911 system.

John Watermolen (NE) has been elected to the position of Director. John has been the GIS Coordinator for the State of Nebraska since 2017. He has worked in the GIS/cartography world since 1988 when he started with the USGS Water Science Center in Madison, Wisconsin. John has worked in both federal and state governments during his career. He worked for the US Geological Survey - Water Science Centers in Wisconsin and Nevada and for the Nebraska Natural Resource Conservation Service. John also worked as a state employee in Nevada with the Nevada Division of Environmental Protection and Nevada Division of Forestry.

Richard Wade (TX) was appointed by President Leveille to finish out the term vacated by Jonathan Duran’s (AR) move to the President-Elect position. Richard is the Deputy Executive Administrator of the Texas Natural Resources Information System (TNRIS), a division within the Texas Water Development Board, and serves as the Geographic Information Officer for Texas. He has over 32 years of GIS and computer mapping experience. Richard began his career working with TNRIS as an intern in 1986. After his internship, he was hired by TNRIS as a programmer and GIS analyst where he helped implement the first GIS for the agency. He returned to TNRIS in 2005 and was instrumental in applying new technologies to data distribution, resulting in easier and faster public access to geographic information. Richard was promoted to Director in 2013 and to Deputy Executive Administrator in 2016.

Greg Bunce (UT) was appointed by President Leveille to the position of Secretary. Greg is the GIS data coordinator at the Utah Geospatial Resource Center (UGRC), and he has 18 years of experience in the geospatial industry. Greg began his career working for the Elections Department in Maricopa County, Arizona. During his 10 years there, he assisted with geo-enabling the department’s elections and developed numerous custom GIS tools and websites to advance the department’s mission. At UGRC, Greg is heavily involved in the state’s 911 and election efforts and also leads the data team. Currently, his team is focused on streamlining data aggregation and promoting data sharing.

NSGIC offers its great thanks to Tim Johnson (NC) and Neil MacGaffey (MA), who both completed terms on the Board of Directors and continue in volunteer leadership roles within the organization.