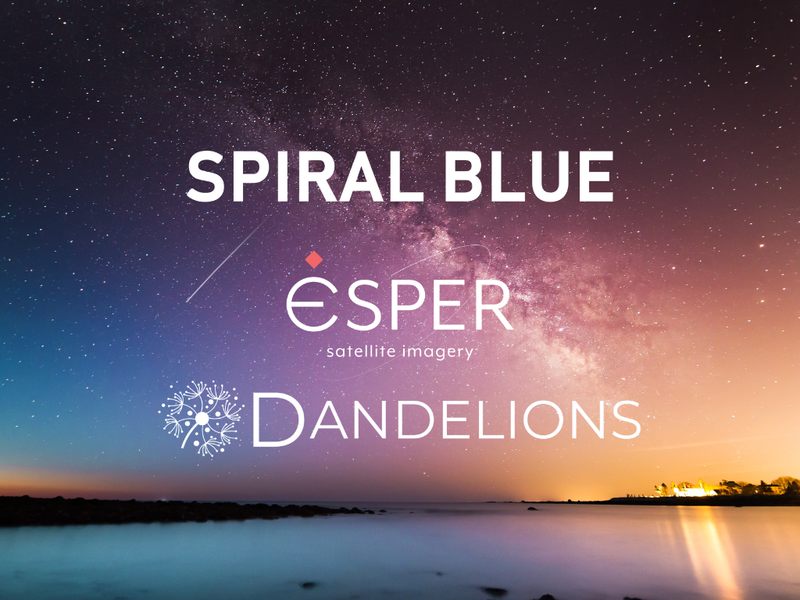 (Sydney, NSW - 15th of February, 2022) Spiral Blue, has announced that they have been awarded the latest round of co-investment from the Advanced Manufacturing Growth Centre (AMGC) for Project Rainbow Python, in collaboration with Esper Satellite Imagery and Dandelions. This round of investment granted Spiral Blue a total project commitment of $2.97 million, with $578,000 from AMGC’s Commercialisation Fund.

AMGC’s Commercialisation Fund aims to support projects from local manufacturers to commercialise world-leading innovation in a variety of industries, from the medical field to security and sustainability. Rainbow Python is also expected to increase collaboration with other manufacturers and researchers.

In this project, Esper’s hyperspectral imagers OTR-1 and OTR-2 will be launched in two separately hosted payload missions to capture satellite imagery. Spiral Blue’s Space Edge 1 Hyperspectral (SE-1H) flying alongside the OTR imagers will process images onboard the satellite to minimise cost, time and complexity of receiving the data analytics.

This project is also supported by Dandelions, UNSW Sydney, and Saber Astronautics. Project partner Dandelions will be developing and testing new materials onboard the missions and assisting Spiral Blue and Esper with simulations expertise. Academic partner UNSW Sydney will be providing testing facilities and access to space systems engineering expertise. Saber Astronautics will also be providing missions operations and pre-launch engineering support.

These launches will be hosted with Space Machines Company, another Australian startup that develops in-space logistic capabilities including launching missions, and Modularity Space, who provides low-cost, reusable satellite systems for the evolving space industry.

“Sovereign manufacturing of space hardware is key to Australia achieving the ambitious goals set by our Space Agency,” said Spiral Blue CEO Taofiq Huq. “This grant accelerates our roadmap for bringing Rainbow Python and associated technologies to maturity, helping ensure we are able to do our part for the Australian space industry and other Australian sectors which benefit from accessible hyperspectral data on space services, such as agriculture, mining, financial services, utilities, and environmental monitoring.”

Spiral Blue was recently a recipient of the Australian Space Agency’s Moon to Mars Supply Chain Capability Improvement Grant, a grant which supports the Australian space industry to build capacity to deliver products and services into domestic and/or international space industry supply chains that could support Moon to Mars activities. This grant is supporting the development of Spiral Blue’s Space Edge Services platform.

Spiral Blue is a Sydney SME focused on building the next generation of Earth observation services with artificial intelligence and Space Edge Computing. Spiral Blue technology has applications in defence, city planning, utilities, and other industries. Founded in 2018, the company has recently launched its first Space Edge Zero prototypes to orbit, and is now awaiting results of this in-orbit demonstration.