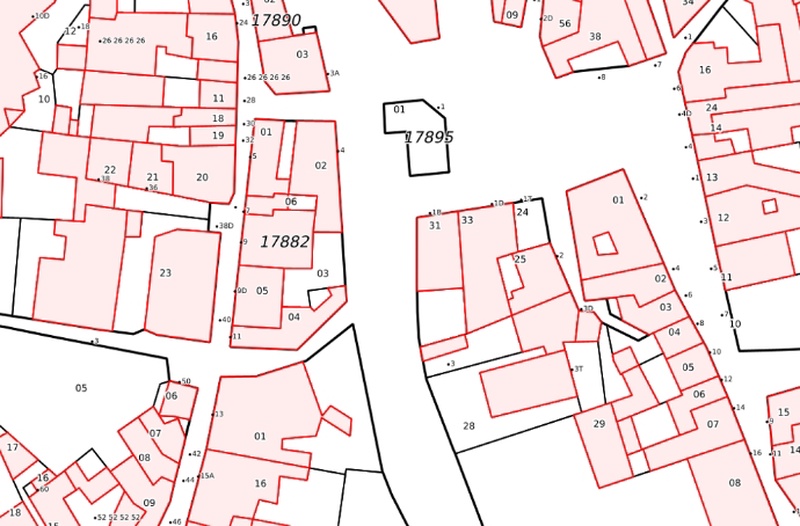 The data is now available via the Open Maps interface and this first iteration includes Poland, The Netherlands, Czech Republic and Spain. The map takes INSPIRE open data and allows the user to find out what is available from national sources in one place before obtaining the data from the official provider. The cadastral map comprises four data types: Administrative Units, Cadastral Parcels (and Cadastral Zones), Buildings (and Building Parts) and Addresses.

The Open Maps For Europe project, which is co-financed by the Connecting Europe Facility of the European Union, is coordinated by EuroGeographics in partnership with the National Geographic Institute (NGI) Belgium.

“The Open Cadastral Map is a service to show the end user what is available from the Cadastral Agencies, it does not replicate the data that our members provide. Features can be identified via the map interface and can be consumed via the WMS. Links are available to access the full national data.”

“In addition to the Open Cadastral Map prototype, we are also pleased to announce that the second release of Open Maps for Europe includes updated versions of EuroGlobalMap (EGM 2022) and EuroDem, a pan-Europe open data elevation model providing height data.”

Data from Bosnia and Herzegovina, Bulgaria, Ukraine, the Isle of Man and Montenegro are now available in EGM 2022, which also includes updated Administrative Boundaries, Transportation and Settlement themes. These have been fully generalised from EuroRegionalMap (ERM), multi-themed topographic open data at 1:250 000 scale. The EGM metadata was updated and its compliance with the INSPIRE metadata regulations was checked.

The latest version of EuroDem has increased coverage and now includes data from Germany, Hungary and Switzerland with open data infilled from a further 11 countries.

Angela Baker adds: “By working together to deliver pan-European open data, our members are demonstrating not only what can be achieved through Europe-wide cooperation but also the benefits that result for the wider public good, specifically in support of policy decision-making at the European level.”

“Our unique approach to interoperable pan-European datasets unlocks the value of authoritative geospatial information and is one of the key ways members are supporting The Open Data Directive, which recognises that the value of data lies in its use and re-use.”

“By working to ensure their data is interoperable, readily available and easily accessible, they are demonstrating a commitment to delivering Open Maps for Europe both now and in the future.”

To find out more about EuroGeographics, please visit www.eurogeographics.org