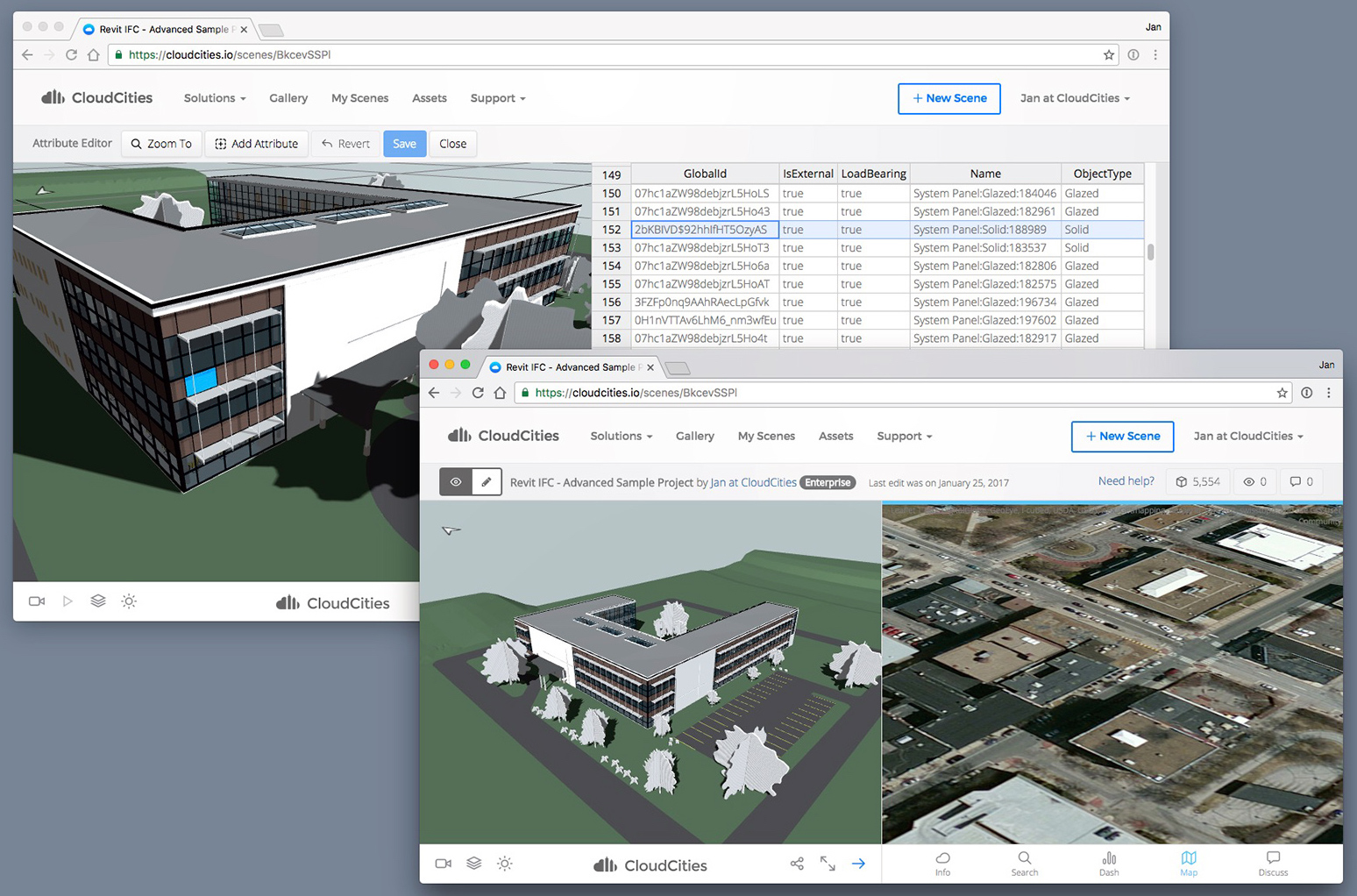 San Francisco/Zurich, Jan. 24, 2017 — CloudCities today announced an update to the platform bringing IFC support and private scenes. The new CloudCities is now available at cloudcities.io. CloudCities is an online platform for visualizing, editing, and publishing interactive 3D city models. It dramatically simplifies creating 3D plans and combining data with it. With the new version, users can configure the privacy of their scenes and even add a password to restrict access. CloudCities now also embraces BIM with full IFC support.

CloudCities 3D web scenes can now be set to public, unlisted, or private. Private scenes are only accessible by the owner, or, alternatively, can have a password to grant access to other users.

BIM in the cloud is revolutionized by the new IFC support. Importing BIM projects is now a breeze, with easy-to-understand grouping options. Visualization is fast thanks to the CloudCities 3D streaming. Managing the connected data is intuitive with the attribute editor.

3D data mashup is revolutionized with the new attribute editor. Attributes can be shown as a spreadsheet side-by-side with the 3D view. When selecting an object in the scene, the corresponding row in the spreadsheet will automatically be highlighted. Vice-versa, selecting a row in the spreadsheet will automatically highlight the corresponding 3D object in the viewport. The Zoom To option lets you easily find the object you are editing.

CloudCities is the leading platform for publishing interactive 3D city models. It runs in any web browser and on any mobile device, no plugins needed. Share on social media, or embed the 3D viewport directly into your own website. CloudCities enables customers from various industries to publish 3D models and link analytic data. CloudCities revolutionizes how urban planners and architects can communicate new development projects. Real estate agents use it to visualize developments and connected property details. CloudCities provides lightweight tools for facility and campus management. It transforms the way construction firms visualize building progress and compare planned models to reality data, e.g. from drone scans. CloudCities is a fast growing 3D web startup based in Walnut Creek, CA, and Zurich, Switzerland, founded in December 2012.