#MapMyDay - People worldwide are part of a movement for more accessibility 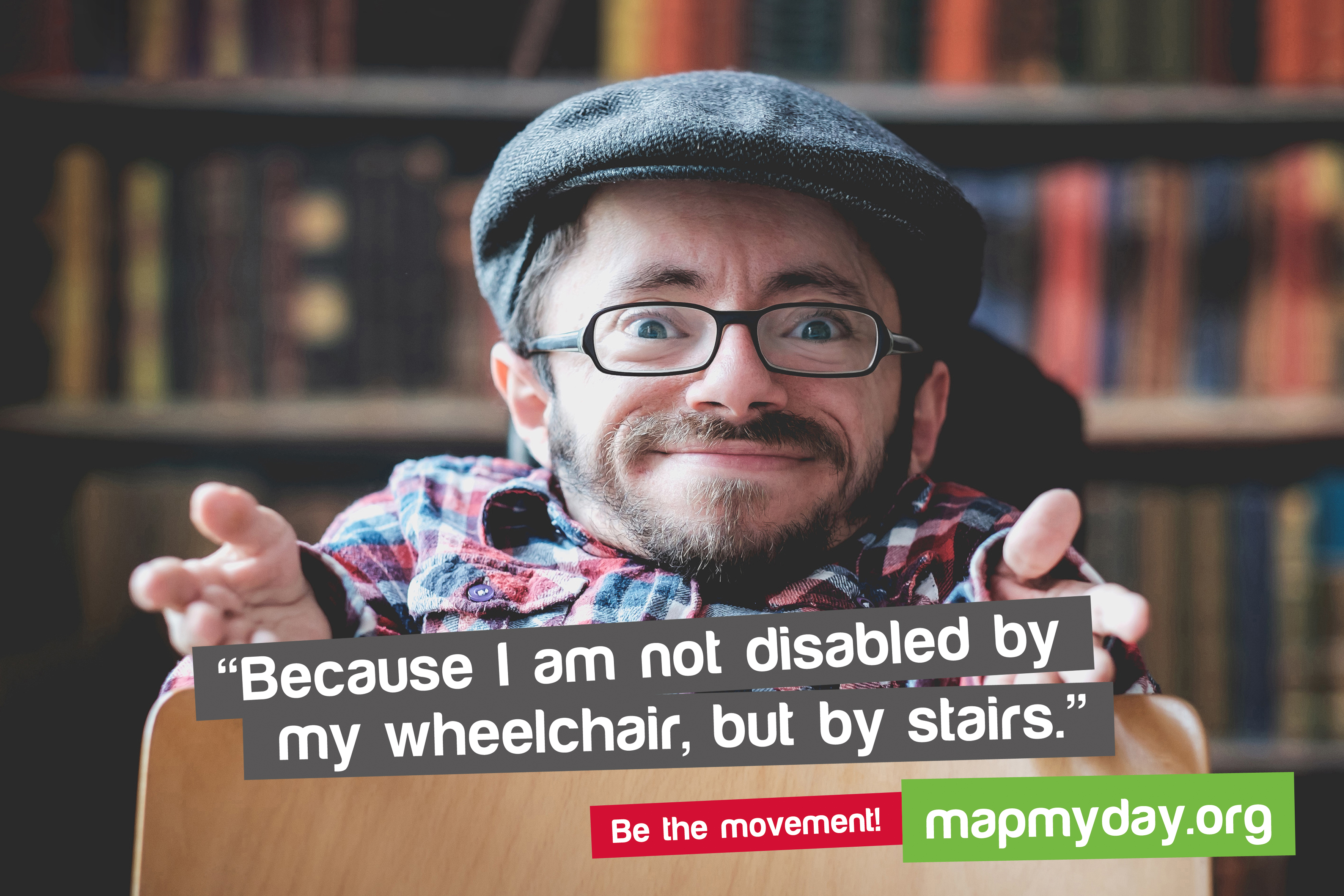 Berlin. December 3 marks the start of the worldwide campaign “MapMyDay” to raise awareness for everyday barriers. The German NGO Sozialhelden and the World Health Organization (WHO) are calling upon people everywhere to rate places in their neighborhoods according to their wheelchair accessibility, using the online map Wheelmap.org. The occasion for this worldwide event is the International Day of Persons with Disabilities.

“A city for all - that is how I envision Berlin. For this vision to become reality, everyone needs to help out. A very good method for that is Wheelmap.” With this statement the Governing Mayor of Berlin, Michael Mueller, is supporting the international campaign “MapMyDay” for more accessibility in cities and towns worldwide. Because barriers that can easily be overcome by many people can prove to be insurmountable obstacles for people in a wheelchair, with a walking aid and for families with a baby carriage. Steps, stairs and broken elevators are daily barriers for people with mobility impairments.

The German NGO Sozialhelden found a solution to this problem and developed the online map “Wheelmap.org”, an interactive city map upon which everyone can see if a public place is accessible for wheelchair users or not. In the course of the last five years, volunteers around the world have marked more than 600,000 places on the map, and every day approximately 500 newly marked places are added.

On December 3 Sozialhelden will kick off the campaign “MapMyDay” with the aim of making more people aware of the problems steps cause every day. “We want to motivate people around the world to become part of the movement and to advocate for accessibility”, is how Raúl Krauthausen, founder of Sozialhelden and creator of Wheelmap.org, explains the campaign’s goal. Wheelchair activist Krauthausen is convinced that “if every single person who takes part on December 3 and the days thereafter just stops for a moment to think about whether his or her favorite café or the baker on the corner are wheelchair accessible, then we shall already have gained a great deal.”

Interest in the campaign has been great, even before its official start. “We are getting support from many sides and we are very happy about the many positive reactions from mapping enthusiasts, prominent persona."

#MapMyDay Participants can share their experiences on social media with the hashtag #MapMyDay. “We are very interested in hearing what kinds of things mappers experience during the day, because many people without a wheelchair are often not even aware of barriers. That is why, for example, we have heard from people on Twitter that the wheelchair accessible restroom of a place is in the basement. We will also collect these oddities and report on them with the hashtag”, says “MapMyDay” campaign manager Svenja Heinecke. How long the campaign will go on for depends on the interest in the worldwide mapping movement. Svenja Heinecke explains: “First off, we hope that many newly marked places will be added to the 600,000 we already have, and then we will decide when “MapMyDay” is over.

The nonprofit organisation Sozialhelden is a group of activists who have been developing creative projects since 2004, to call attention to social problems and to eliminate them in the best of cases. Innovative ideas and a healthy dose of humor have proven to be a very successful mix. The team from Berlin has received many awards including the Deutsche Engagementpreis, the Deutsche Bürgerpreis, the World Summit Award and the Smart Accessibility Award.