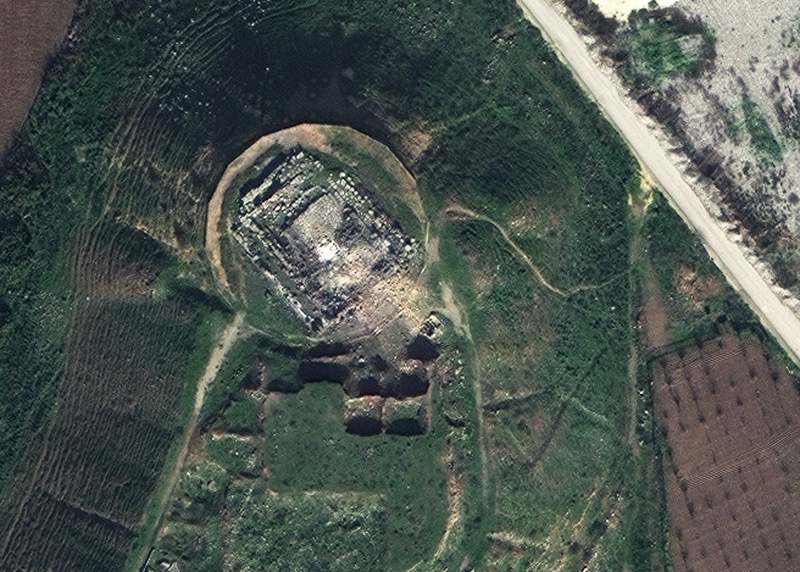 Munich, 05/02/18 - Satellite imagery supplied by European Space Imaging shows that more than half of an ancient temple near the town of Afrin, Syria, has been reduced to rubble - reportedly by a Turkish airstrike.

The 30 cm resolution image of the temple at Ain Dara was captured by DigitalGlobe's WorldView-2 satellite on January 29th, and the American Schools of Oriental Research Cultural Heritage Initiatives (ASOR) analyzed the data to confirm the extent of the damage. By comparing it with on-the-ground reports they were able to verify that an incident had taken place, and the exact parts of the temple that were damaged.

"Interestingly, we captured a 50 cm resolution image on the very same day, but the 30 cm picture shows the destruction much more clearly," said Adrian Zevenbergen, Managing Director of European Space Imaging. "This highlights how critical that extra resolution is for gaining a proper understanding of what happened here."

By comparing satellite imagery collected over recent weeks the ASOR invesigators were able to conclude that the incident most likely took place between January 20 and January 22.

The Ain Dara temple complex is more than 3,000 years old, and contains intricate stone sculptures of lions and sphinxes. It is famous for its striking resemblance to the Temple of Solomon, as described in the Bible's book of Kings. The destruction of its artefacts represents a devastating loss of cultural history to Syria, and the world.

In a similar case, very high resolution satellite imagery was used to ascertain the timeline and extent of damage to Iraqi heritage sites by ISIS in 2015, at Hatra and Nimrud. You can learn more about that investigation in a European Space Imaging case study.

For more information about the events at Ain Dara visit ASOR or National Geographic. 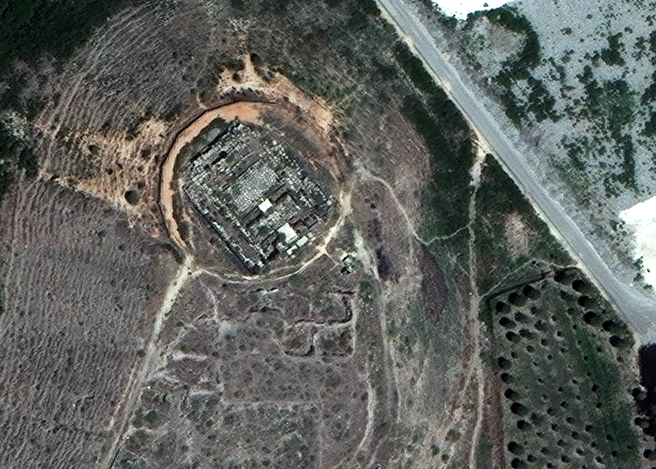 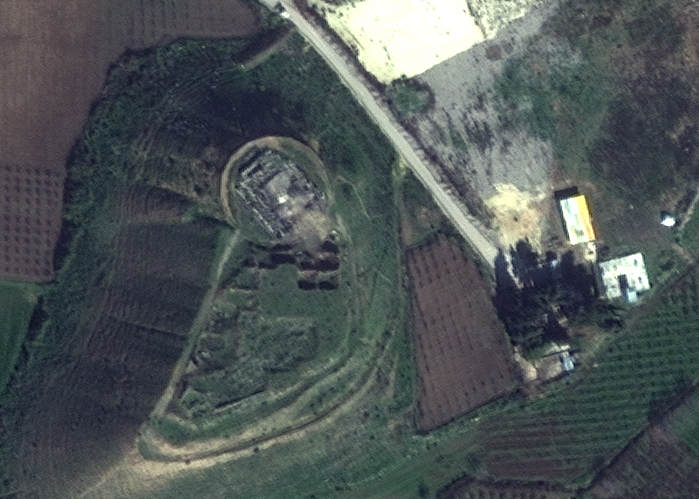 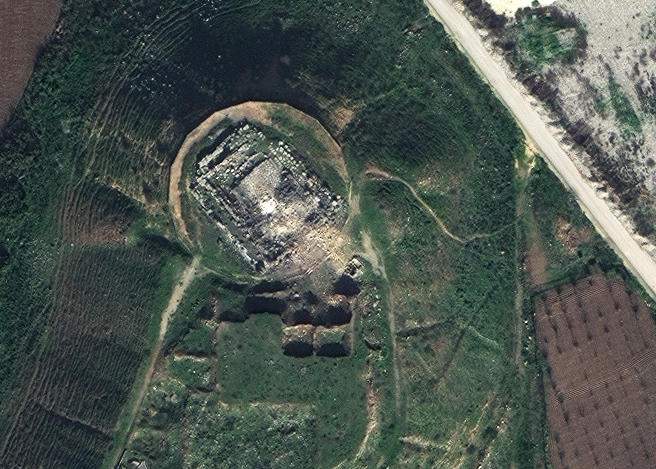 The temple structure after it was damaged. © 2018 DigitalGlobe - supplied by European Space Imaging

European Space Imaging is the leading supplier of very high resolution satellite imagery, direct satellite tasking, and derived services to customers in Europe, North Africa and CIS countries. They offer customers access to the highest resolution imagery (30-50 cm) from the largest constellation of sub-meter satellites and to the most extensive worldwide VHR data archive. With a reputation for expert and personalized customer service they have been providing tailored VHR imagery solutions to meet their customers’ diverse project requirements since 2002. For more information visit www.euspaceimaging.com.