Explore Further with GEOSLAM’S New Addition to the ZEB Family 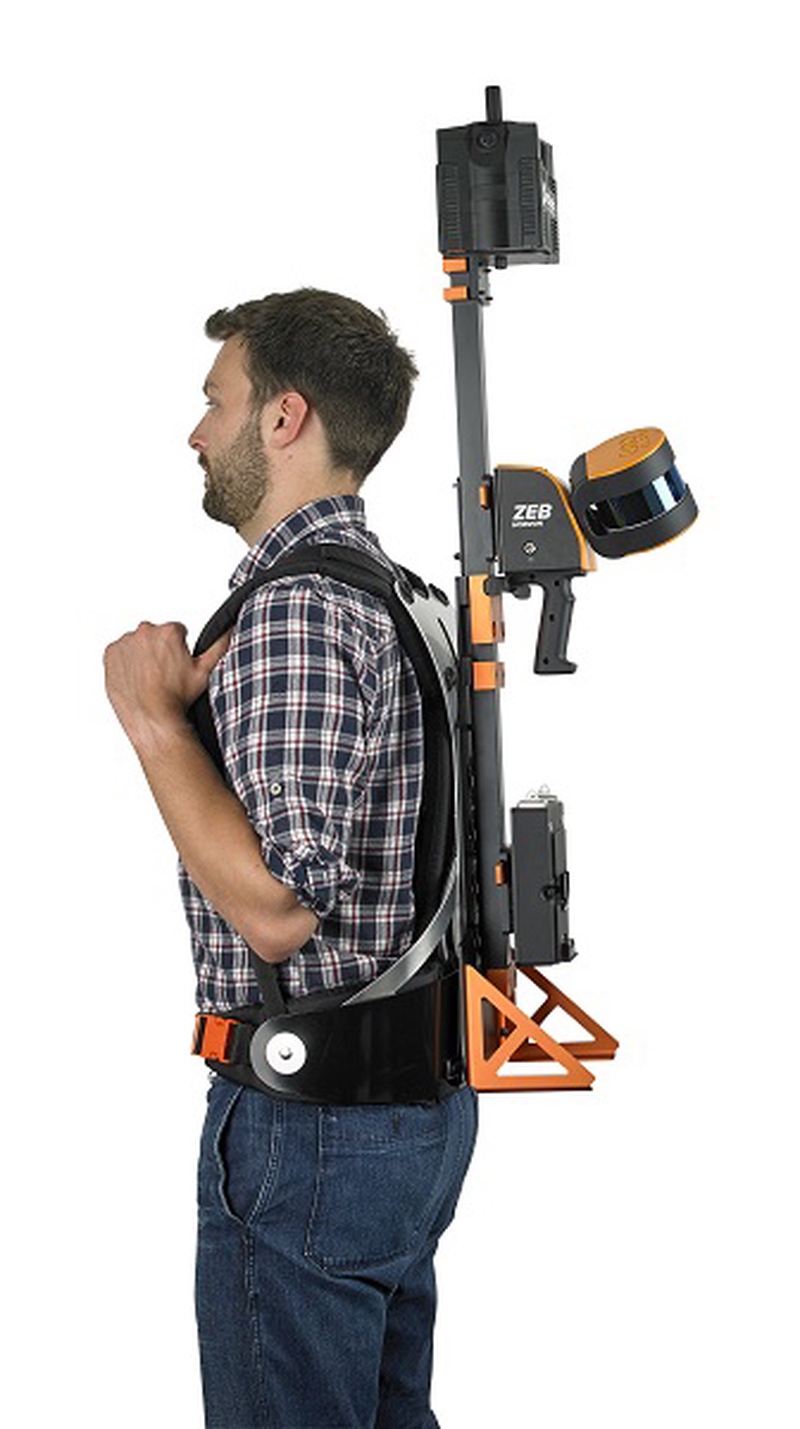 Tuesday 17 September – the ZEB Discovery.  Officially unveiled at this year’s INTERGEO conference in Stuttgart, the ZEB Discovery signifies a new era in data capture and integration of a point cloud with high resolution imagery.

The ZEB Discovery is capable of rapidly capturing intricate data with the use of the company’s industry-leading SLAM (simultaneous localisation and mapping) technology and NCTech’s iSTAR Pulsar panoramic camera for ultra-high definition image capture.

The end to end solution automatically synchronises the point cloud with imagery for a unique walk through of the area of data captured. Combining the two data sources into one view brings a new way to visualise reality for a wide variety of occupations – from surveyors to environmentalists.

Harnessing a sleek ‘clip-and-go’ backpack design, the ZEB Discovery works alongside the ZEB Horizon, which was unveiled at last year’s INTERGEO. This makes it the most versatile SLAM solution available on the market, offering the capability of using a ZEB Horizon in even more ways, whether that’s on foot, on an automotive vehicle or an unmanned aerial vehicle (UAV).

Using Orbit software as part of the workflow, the ZEB Discovery integrates laser and image data together to help a number of industries and sectors, from planners when modeling ‘smart cities’ to utilities operators looking to survey existing or planned assets.

With automatic localisation of imagery in the pointcloud, the scanner can detect the operator’s exact location using in-built GPS, and each second the solution emits 300,000 points per second.

Commenting on its launch, Shelley Copsey, GeoSLAM’s CEO, said,  “The INTERGEO conference is one of the most important events in our annual calendar so we are delighted to officially reveal the ZEB Discovery today. The ZEB Discoveries are already rolling off the production line and we’re excited to see how this solution, with its unique data synchronisation makes a real difference to people’s businesses.

“Our unique CT SLAM has been commercially available for over six years, and as with all algorithms, the more it is used, the smarter it becomes. This really sets us apart from newer entrants to the SLAM market where a younger, less complex SLAM algorithm is used, or where there is zero flexibility in the way the hardware can be used.”

GeoSLAM are currently exhibiting the ZEB Discovery at the INTERGEO conference at booth F1.036 in Hall 1. For more information on GeoSLAM, please visit www.geoslam.com

If you'd be interested in chatting to GeoSLAM's CEO, Shelley Copsey, during Intergeo 2019, please contact Ed Sheldon at Tank PR on edward.sheldon@tankpr.co.uk or alternatively, call 07809426293.