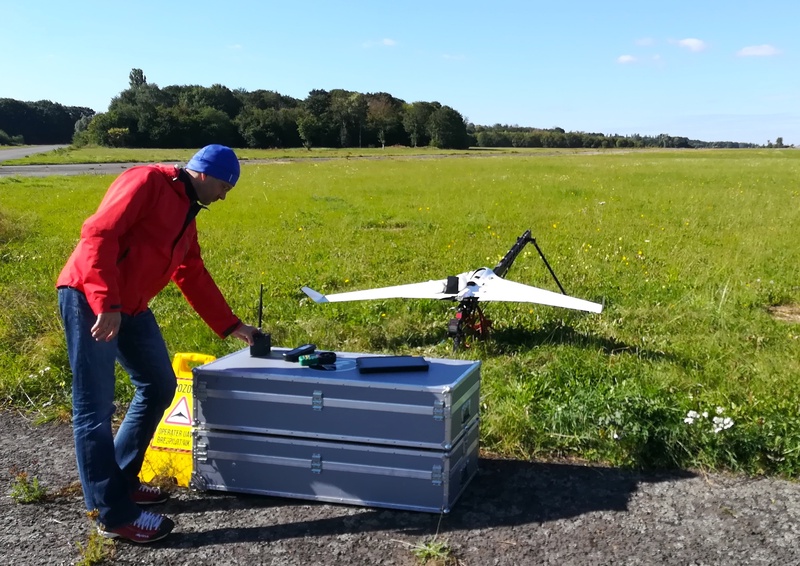 Belgium, September 17, 2019 – C-ASTRAL, a group company of leading industrial drone solutions provider Terra Drone Corporation, took part in the SAFIR Open Day on 5th of September at DronePort, Sint-Truiden, Belgium. During the Open Day, C-Astral team performed flights simultaneously with other SAFIR consortium partners, in a multiple-drone UTM demonstrations. C-Astral also presented itself in the SAFIR presentation lectures and at the subsequent Exploring the DronePort Campus event. European Commissioner for Transport Violeta Bulc was among many other important visitors of the Open Day. More about the event can be found here.

Before and after the Open Day, several multiple-drone UTM scenarios have been thoroughly tested at DronePort, in the week from 2nd to 6th of September 2019. These tests served as a dry-run for the real-environment flights in the Antwerp city and harbour, to be performed later this month. During the dry-runs, C-Astral tested the integration of its GCS software C3P into Terra Drone portfolio company, Unifly’s UTM system and practiced the use of the UTM system.

The SAFIR consortium, a group of 13 public and private organisations led by Unifly, aims to demonstrate integrated Drone Traffic Management for a broad range of drone operations globally. The goal of the SAFIR project is to contribute to the EU regulatory process for drones and drive forward the deployment of interoperable, harmonised and standardised drone services across Europe. More about the project can be found here.