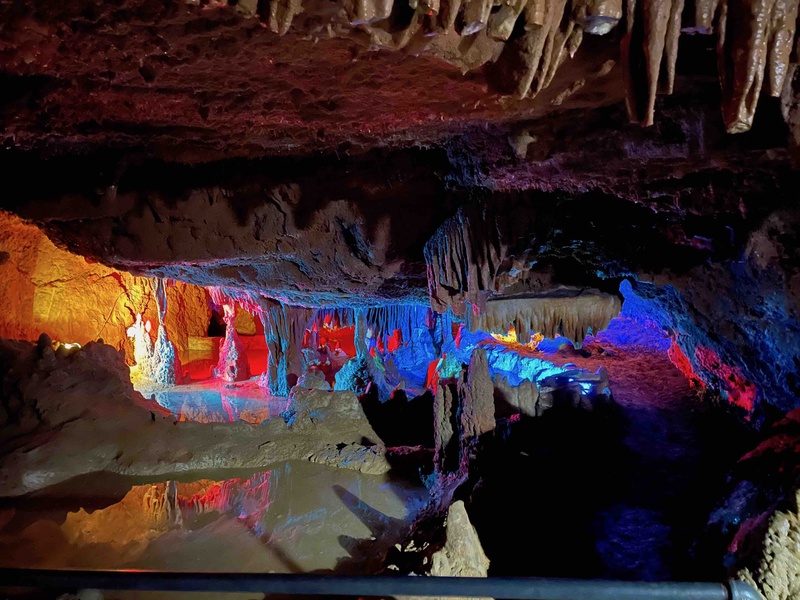 A professor and undergraduate students from James Madison University has geospatially scanned the oldest show cave in the United States, Grand Caverns in Virginia, digitally mapping the largest room in 3D for the very first time.

Open to the public since 1806, Grand Caverns has been a tourist attraction for over 2 centuries. The show cave boasts geographic beauty, extensive nature trails in the surrounding area and forms part of Virginia’s rich history. 3D mapping the site is to be another chapter in the cavern’s future.

With a collection rate of 300,000 points per second, an accuracy of up to 6mm and the ability to scan data with a range capacity of 100m, the ZEB Horizon captured a detailed 3D point cloud of the entire system of caves in just over 12-minutes.

The ZEB Horizon’s ‘walk and scan’ method of data collection offers fully-mobile technology. Powered by SLAM (Simultaneous Localization and Mapping) technology, the device does not require GPS signals, enabling Professor Garcia Jr. and his team of students to carry out the scan below ground level.

Once collected, the 3D point cloud was processed in GeoSLAM Hub, and measured using GeoSLAM Draw. The collected data is being used to measure speleothem formations, monitor human impact, create 3D printed models and provide an insight into the geo-heritage of the cave.

Throughout the summer, the university team continued to scan and monitor the cave, and Professor Garcia Jr. is working with caving experts to begin capturing new passages. These challenging areas have not been made accessible to the public, due to uneven surface and narrow corridors, but the ZEB-Horizon’s mobile functionality means mapping the previously unseen parts of the cave quickly and safely.

“The versatility and easy-to-use functionality of the ZEB Horizon makes this the ideal device for this project. Scanning the Grand Caverns has presented a fantastic opportunity for the undergraduate students to dive straight into the project, gaining hands-on, practical experience in using LiDAR hand-held scanners. Not to mention working with the data it outputs, without needing extensive technical training beforehand.”

The full scan of the Grand Caverns can be found here, and for more information on GeoSLAM and its products, visit www.geoslam.com.