Mention Gough Island, and most people have never heard of it, yet this speck of an island is a UNESCO World Heritage Site and home to one of Earth’s least disrupted ecosystems. It is also a prime nesting ground for indigenous invertebrates and birds.

But the birds are in trouble.

Enter John Houston — not your typical surveyor, and not your typical traveler, either. But there he was on this tiny remote island in the South Atlantic Ocean, knee-deep in brush and muck while operating a high-accuracy GNSS receiver.

It’s all about the birds, he explained.

A qualified structural engineer, Houston had travelled to Gough from Derry, Northern Ireland. His employer, Taylor & Boyd Consulting Structural and Civil Engineers, was working on a project for the Royal Society for the Protection of Birds to mitigate a serious threat to the island’s avian population. 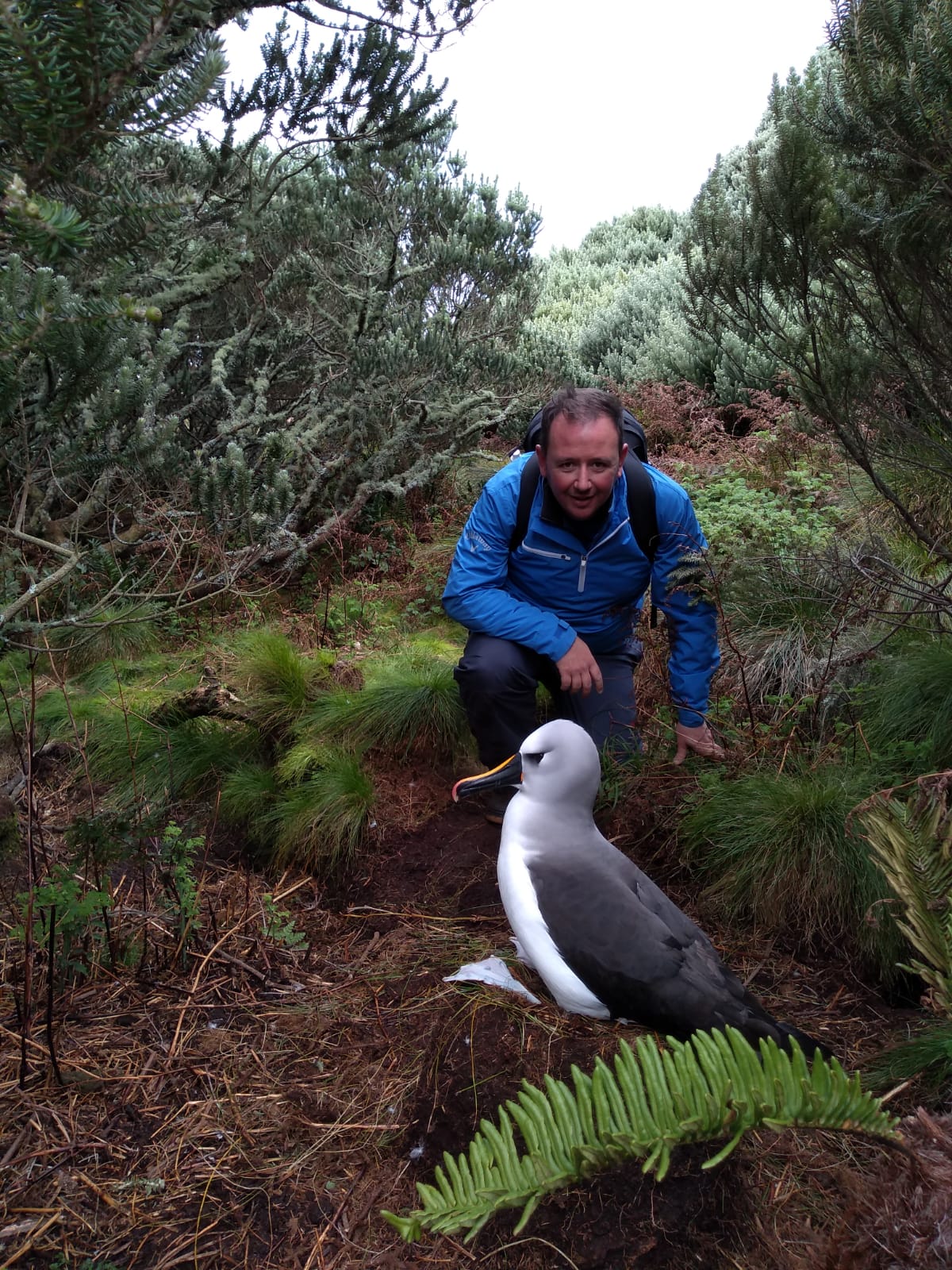 Houston would support the RSPB efforts by gathering topographic and geotechnical information, including mapping with GNSS. But even advanced GNSS has limitations, especially in such a remote location. Faced with a demanding schedule and tight requirements for accuracy, Houston turned to the Trimble CenterPoint RTX positioning service, which enabled him to conduct high-precision real-time GNSS measurements in a challenging and remote environment.

Population Doubles in a Day

Aside from brief visits by sealing and whaling vessels in the early 19th century, Gough Island has never had notable human habitation. A handful of scientific surveys, including a 1922 visit by famed Antarctic pioneer Ernest Shackelton, established the island as a valuable site for geological, biological and ornithological research. Not until the 1950s, when South Africa established a meteorological station, did Gough Island gain a full time — albeit very small — human population. When Houston and a dozen researchers landed in September 2018, the population of Gough Island more than doubled.

While Gough Island has no native mammals, it has plenty of mice, unintentionally carried to the island by the 19th-century ships. The invading mice soon learned to feed on the eggs and chicks of ground-nesting birds, including Tristan albatross, Atlantic petrel, Gough bunting and Gough moorhen. In roughly 150 years on the island, the mice evolved to become 50 percent larger than their forebears. Today they are wreaking havoc on the bird population. Surveys by the RSPB estimate that mice consume roughly two million defenseless eggs and chicks each year.

“Albatross lay only one egg each year,” Houston said. “If it is lost, then they must wait another year for any potential offspring.” At the current rate of loss, Gough Island’s endangered birds face extinction. 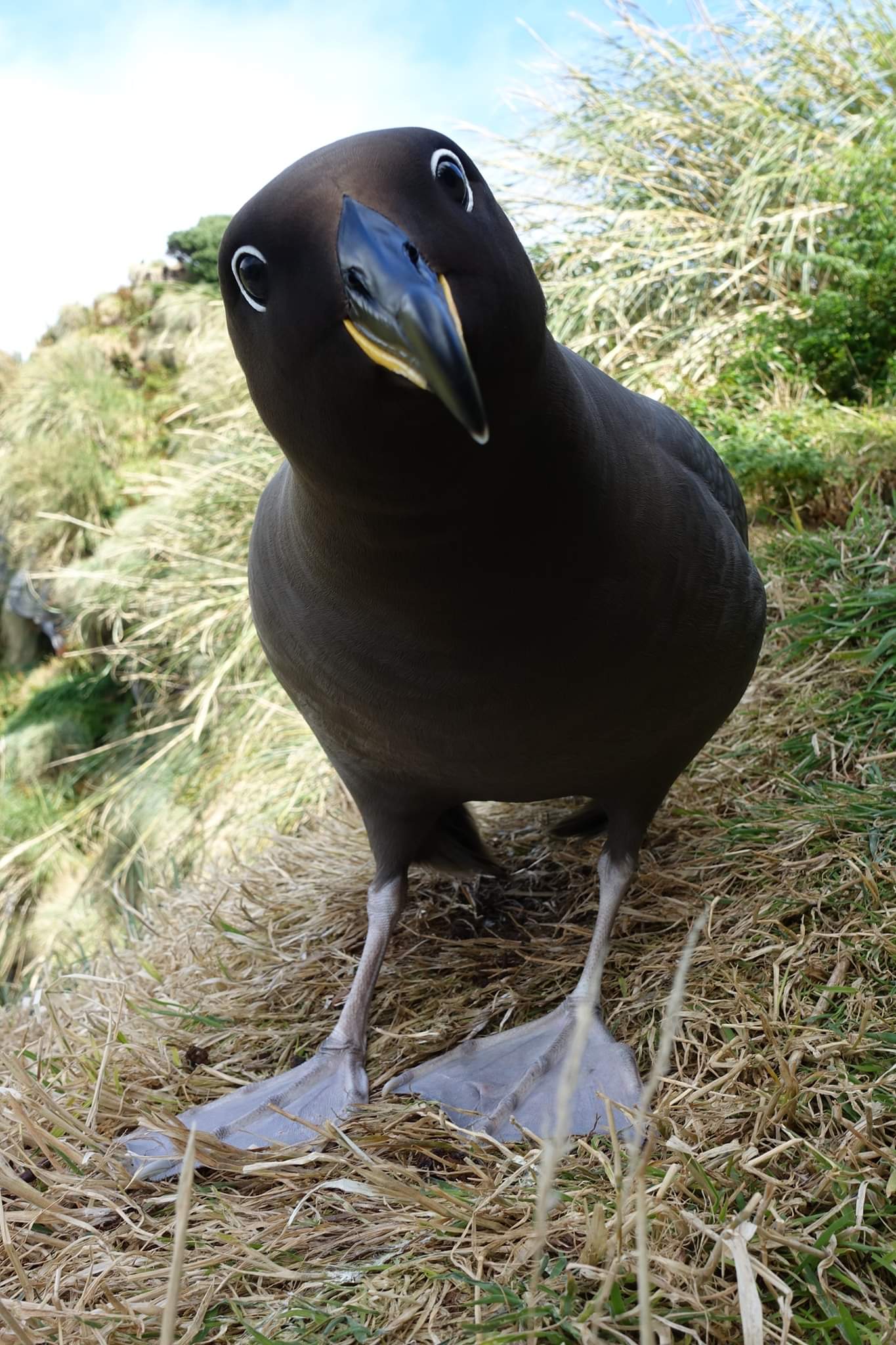 To protect the birds, the RSPB initiated a project to eradicate the mice from Gough Island. The work involves distributing poisoned bait that will attract and kill the voracious rodents. It’s not the first time that an entire island has undergone mouse eradication. Similar projects on South Georgia Island and Antipodes Island have successfully removed populations of introduced rodents and restored a more natural balance to bird populations in those sub-Antarctic locations. And in the warmer waters north of Hawaii, Midway Island has also received the anti-rodent treatment.

With the Gough Island eradication project planned to take place in 2020, RSPB began planning for facilities needed to support the work. They received permission to establish temporary infrastructure to house, feed and support the task force. Because most of the bait will be spread using helicopters, planning also included landing pads and fuel and maintenance installations. The overall goal is to guide installation of the temporary structures with minimal impact on Gough Island’s native flora and fauna.

Houston’s job was to collect information on topography and soils for use in planning and design of the temporary facilities. “In addition to the workplaces, we needed to find sites for pens and medical facilities to keep the buntings and moorhens contained so they don’t eat the poisoned bait,” he said. Houston explained that the island-wide mitigation would be conducted during the southern winter while the other seabirds’ migration and feeding patterns took them away from the island. 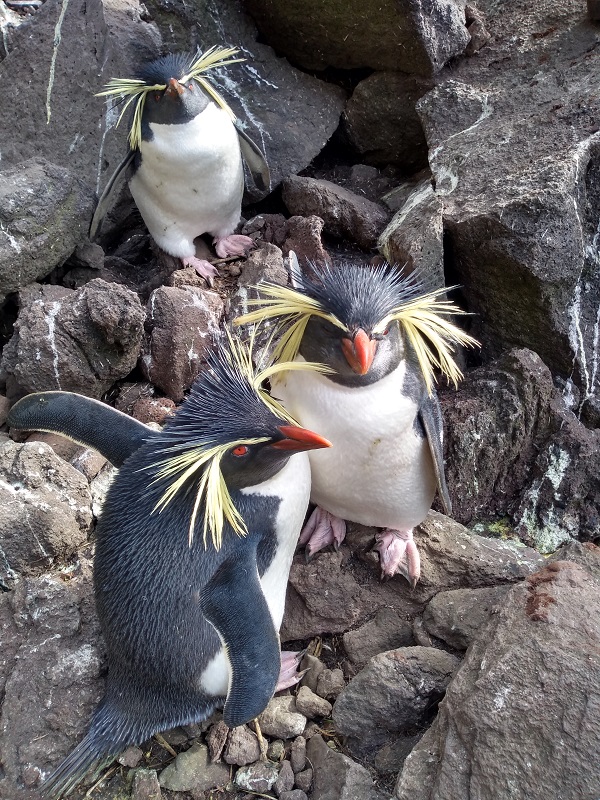 In order to conduct the design work, Taylor & Boyd needed accurate information on the terrain and existing structures. Adding a surveyor to the team was cost prohibitive, so Houston performed double duty by handling tasks in both surveying and engineering. With only two weeks to complete his work, RTK GNSS seemed to be an ideal solution for the treeless locale. But Houston’s lack of survey experience and the absence of geodetic control or cellular service on the island combined to make RTK unfeasible. Instead, he used a Trimble® R10 GNSS receiver in conjunction with Trimble CenterPoint® RTX correction service. CenterPoint RTX uses a global network of GNSS reference stations combined with satellite communications to enable users to achieve real-time, centimeter-level positioning accuracy, even in the most remote locations in the world.

Using a Trimble TSC3 controller and Trimble Access™ field software with the R10, Houston collected hundreds of 3D points around the project site. He captured the location of existing structures and features, test pits for soil evaluation and ground points for use in topographic modeling. Using the display on the TSC3 he could follow his progress and make sure he covered the necessary ground. In spite of working more than a thousand kilometers from the nearest GNSS reference station, Houston achieved centimeter accuracy on all survey points; typically, 3 to 5 centimeters in both the horizontal and vertical components.

A typical workday lasted 10 hours or more. “The weather and terrain made life miserable,” Houston recalled. “It’s cold and windy and we needed to wear waterproof clothing. The area is overgrown with brush and not easy to walk through. The seabirds often burrowed into the soft peat, and many times the ground collapsed and dropped me into a knee-deep bird burrow.”

Even as a self-described “rookie surveyor,” Houston quickly learned to operate the GNSS equipment. With CenterPoint RTX operating transparently, he could focus on the engineering aspects of his work. Only on a couple of occasions did he need guidance; he used the island’s satellite internet link to discuss technical questions with Trimble experts. At the end of each day, Houston reviewed data on the controller, planned the next day’s work and set up the system batteries for recharging. Aside from cloth tapes used to lay out a rough grid, the R10 was the only survey tool Houston needed. Although he did not establish any formal benchmarks or control points, Houston did capture several hard points on the existing helipad and building foundations. Those markers will be sufficient to serve as reference points for the upcoming work on the island.

Houston departed Gough Island with survey data sufficient for the design work ahead. Taylor & Boyd developed 2D contour maps and 3D terrain models of the site, which they shared with RSPB. The society will overlay bird data on the topographic maps and use the information to identify flight paths and nesting areas. Taylor & Boyd will use the maps to set proposed elevations and positions for the temporary structures. The data, which is the first topographical survey ever carried out on the base since it was established in 1963, will also aid the South African government in maintenance and operations of island facilities.

Houston made it clear that he could not have carried out the survey to the required level of accuracy and within the allocated time period without CenterPoint RTX. “It really was invaluable for the success of the project,” he said. “If this technology works on Gough Island, then it will work anywhere.”

Taking a few moments to reflect on his trip, Houston said the time on the island was well worth the long trip and rugged conditions. The opportunity to see and interact with the birds, seals and penguins left a lasting mark. While he doesn’t expect that a return trip will be needed, he would jump at the opportunity. “It was a once in a lifetime experience,” he concluded. “I would go back in a heartbeat — with warmer clothes.”