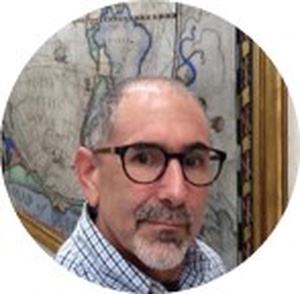 Joe Francica is the senior director of geospatial strategy with Korem, a privately held company offering a diversified portfolio of geospatial solutions. With over 35 years’ experience in GIS, he has worked in private industry, start-ups and government organizations as both a manager of teams as well as a research data scientist.  He founded Directions Magazine’s Location Intelligence Conference in 2004 and has published and broadcast over 500 articles and podcasts on LI as well as contributing to three books.

He is the past editor-in-chief and vice publisher of Directions Magazine; he is the former editor of Business Geographics Magazine and originated the column "GIS in Business" for GIS World Magazine in 1991.

Francica helped to develop the Geospatial Technology Competency Model (GTCM) in 2010 for the U.S. Department of Labor’s Employment and Training Administration that seeks to support the creation of model curricular for two- and four-year colleges. In addition, Francica served on the National Visiting Committee for the National Science Foundation supported Geospatial Technology Center of Excellence (Geotechcenter.org).

In his early career, Francica was engaged in developing applications of hyperspectral remotely sensed data for mineral exploration and was one of the first geologists to map the Indus suture zone between India and Pakistan with Landsat imagery. While working for Sun Exploration and Production Company, Francica was active in utilizing Landsat Thematic Mapper data for oil and gas exploration. After receiving his MBA, Francica worked for GIS software companies, Tydac and Intergraph, in management roles.

Enhance Your Geocoding without Disrupting Your Existing Ecosystem

How to Tackle a Mixed GIS Environment: A Data-Driven Approach

Learn How to Find, Try & Buy Geospatial Data at the New Data Marketplace

In All Things Location, Everything is Addressable

Explore the Economic Value of GIS

Drones and Geodata: The coming boom for LI

OmniEarth to Focus on Automated Intelligence from Earth Imagery

MapInfo: The Name is Back; Is the Mojo?

Next
© Directions Magazine
editors@directionsmag.com
Get Directions Magazine delivered to you
A summary of top stories and the latest geospatial trends emailed direct to you
Please enter a valid email address
Please let us know that you're not a robot by using reCAPTCHA.
This form is protected by reCAPTCHA and the Google Privacy Policy and Terms of Service apply.
Sorry, there was a problem submitting your sign up request. Please try again or email editors@directionsmag.com