Skills that were once highly sought after and considered elite may now be more commonplace and ultimately required for entry-level GIS jobs. An individual looking to break into the GIS industry must consider what types of skills and experience are currently the most marketable to nail the interview and land that dream job.

This question has been explored in the last few years (Cannon and Hickey, 2011; Hong 2016; Sinton, 2016), but as technology advances, so do technology-based industries and career expectations. This study represents a quantitative snapshot of current GIS job requirements and preferred skills; it can help both students with eyes set on a GIS career and individuals already in the workforce to plan their continuing education and bolster their resumes. It may additionally serve as a helpful tool for university faculty to tailor curricula to the current state of the GIS industry. After all, knowledge and planning are the keys to success.

The attributes of 1,000 GIS jobs were recorded between September 2018 and January 2019 from a variety of job posting websites. Major job titles were identified and information regarding preferred software experience, desired degree field, desired degree level, desired years of experience, and associated salary was compiled. Of five job types identified — intern, technician, analyst, programmer/developer, and manager/coordinator — the most commonly-posted jobs were analyst (44%) and technician (30%).

Overall, the most desirable technical skills listed for all GIS job types include proficiency with Esri software (as Esri dominates the international supply of GIS software, web GIS, and geodatabase management applications), database skills (data management is fundamental to GIS functionality), and programming skills. Undergraduate degrees in GIS/Cartography or Geography and 1-4 years of experience were usually sufficient to meet the basic qualifications for all job types. Salaries ranged from roughly $20,000 to $140,000, annually. A summary of results differentiated by job title are shown in Table 1. 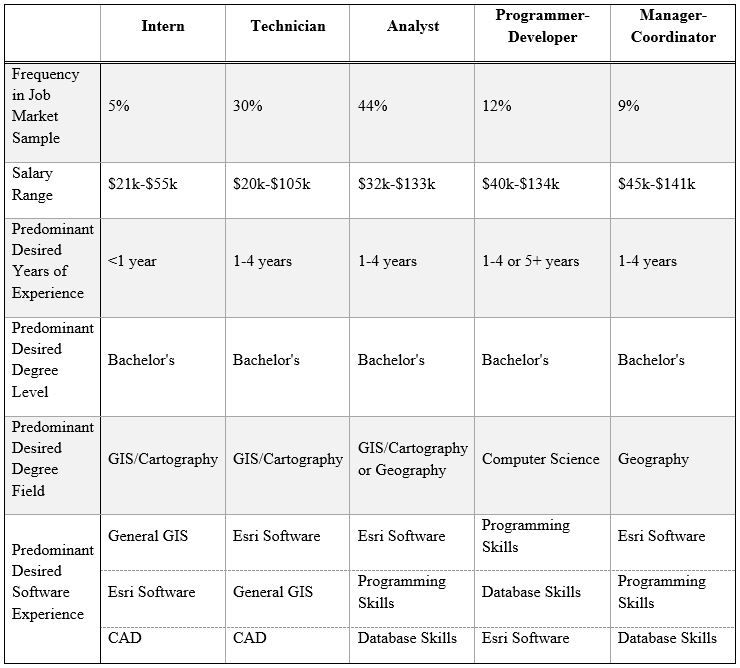 Table 1: Results showing the most the common attributes of 1,000 jobs surveyed.

The technician, analyst, and manager positions were very similar to each other in terms of desired years of experience, degree level, degree field, and software experience, although technicians had support roles and managers advisory roles. Programmer/developer jobs were different enough to be considered separately. 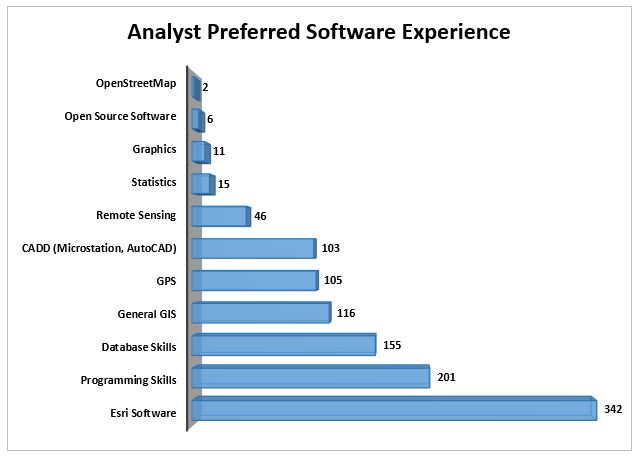 Figure 1. Software skills required for analyst positions (Note: The “General GIS” tag refers to job postings where the specific GIS software program was not specified — in most cases, this would be some sort of an Esri product. This also referred to instances where only broad GIS functionality and operations were mentioned.)

A programmer/developer designs, develops, and provides maintenance  for applications using scripting and programming languages. These positions are often responsible for the delivery of high-quality GIS solutions, including desktop, web-based, and mobile software application development. A solid understanding of applications architecture and best practices for code development and deployment is usually required. Accordingly, programming skills, database skills, and proficiency with Esri software are the most commonly-requested job skills for this position. More years of experience tend to be required for programmer-developer positions than other job types, and an emphasis on computer science replaces specialization in geography or cartography. See Figures 2-4 for a more detailed look at programmer/developer requirements. 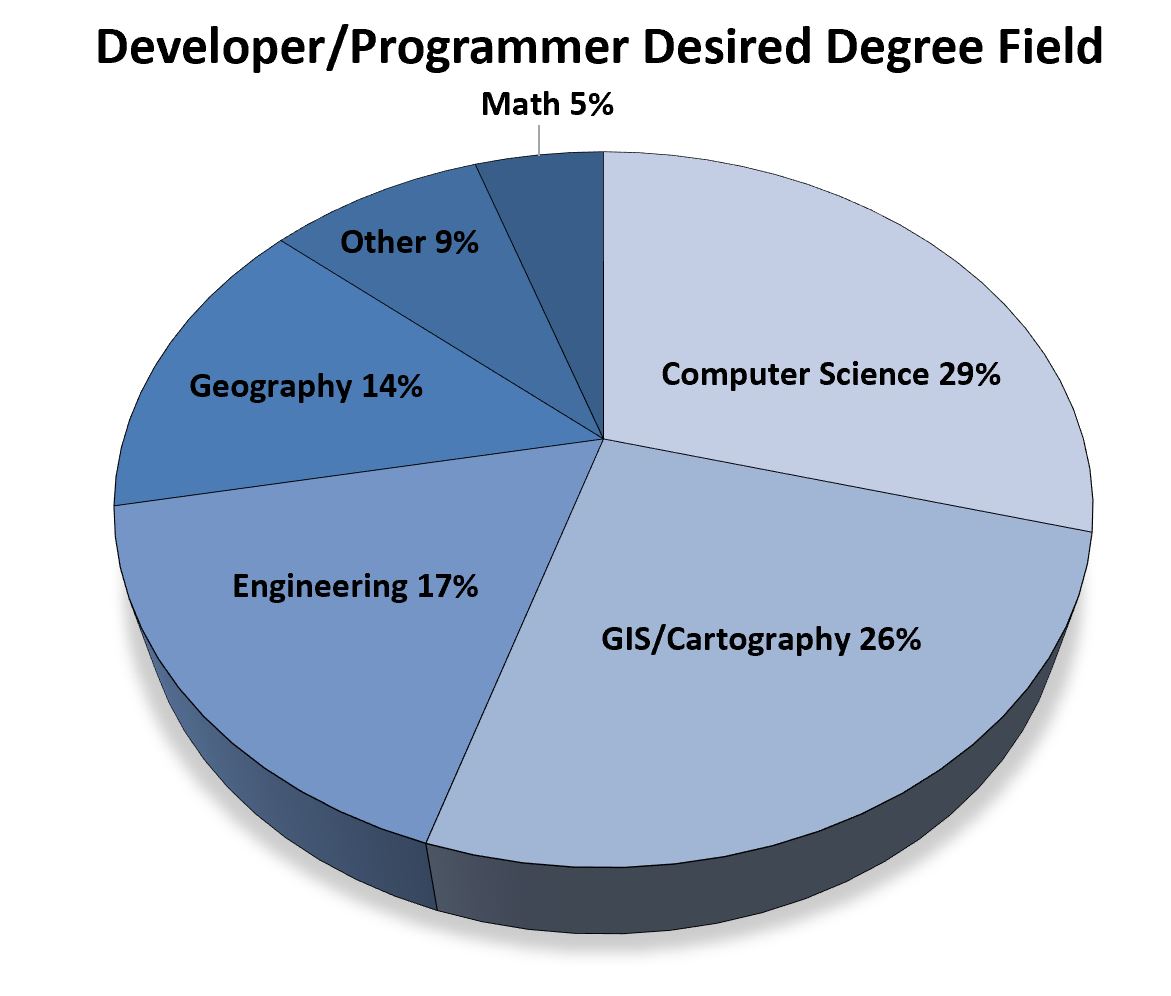 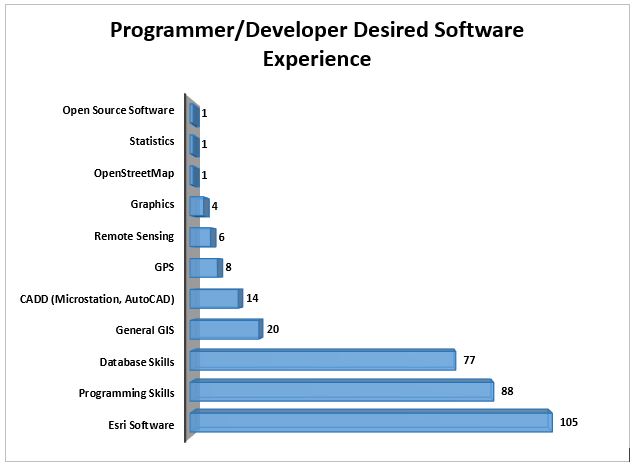 You may be thinking, “Great, but how does a snapshot really help me plan ahead if the industry is always changing?” You’d have a valid point. With this in mind, where is the GIS industry heading? Comparing current results to previous studies conducted in years past, trends begin to emerge.

This study represents an update to a 2011 survey conducted at Central Washington University (Cannon and Hickey, 2011).  The 2019 survey was modeled after the 2011 survey with slight modifications to sample size, job websites considered, and how preferred software was grouped. Cannon’s 2011 version surveyed 283 jobs and found that analyst and programmer jobs were the most commonly posted, and that proficiency with Esri software, database management, and programming were the most highly desired skills. These results follow similar conclusions found by Hong (2016) in a 1,000-job survey between 2007 and 2014. Hong likewise found that analysts and programmers/developers were the most commonly-posted job, and that database development, web and mobile application development, and programming were the most common skills and experiences requested.

Considering the 2011 study, relative frequencies of analyst and manager jobs have remained stable between 2011 and 2019, but proportionally more technician jobs and fewer programmer jobs have become available. If you’re looking for an entry-level GIS job, that’s good news. However, many of the requested skills and experiences for technician jobs are similar in form and function to analyst requirements, which means that you may need to have more on your resume than you might think.

Programmer position requirements have shifted slightly between 2011 and 2019. Desired degree fields have remained similar between studies, but frequencies have shifted; GIS, cartography, and computer science are dominant, but engineering has become more prominent and geography has been deemphasized. Education requirements have shifted towards more education on a higher scale; bachelor’s degrees have been deemphasized, while master’s and Ph.D.'s are more desirable. Desired years of experience have increased, following the same trend. Desired software experience remains focused on proficiency with Esri and general programming skills, with slight variations in specific requested programming languages.

In conclusion, if you’re looking to begin an exciting career in GIS as a technician, analyst, or an eventual manager, focus your time and effort into becoming proficient with Esri software (if you’re not already), learn programming skills (even if it’s just basic functionality), and work with database management to become more competitive for the jobs you want. If your goal is more programming and development-oriented, If your goal is more programming and development-oriented, start learning to code in Python, Java, JavaScript, or C++. Establishing a foundation in all of these fields will help interested individuals discover their passion and a successful career trajectory. 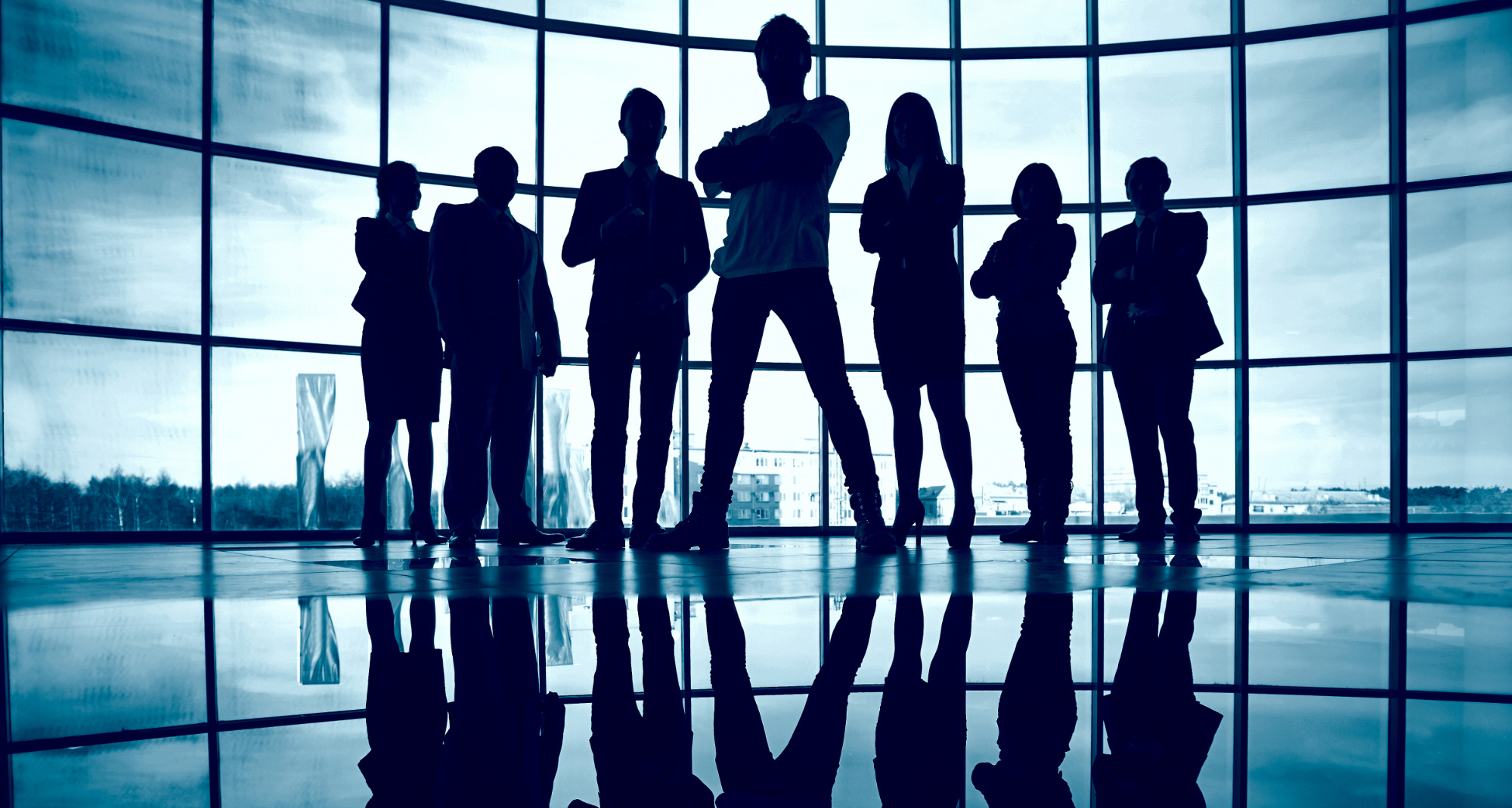