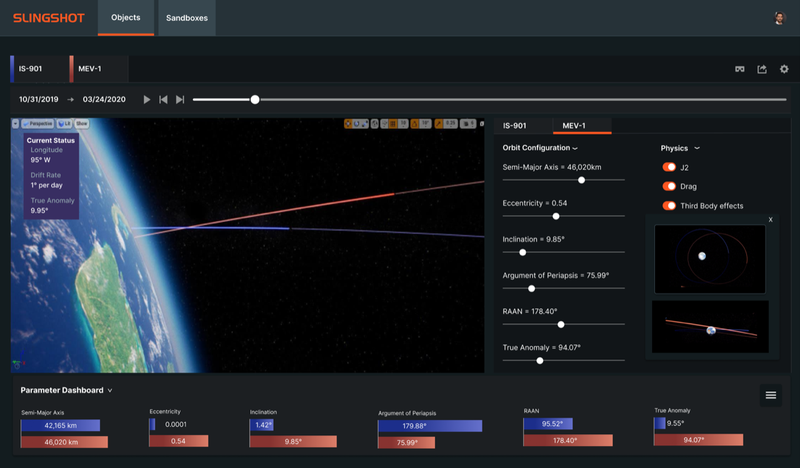 AUSTIN, TX / EL SEGUNDO, CA—October 8, 2020, Slingshot Aerospace, Inc., a leader in situational awareness technology, announced today that it has received $2 million to develop the Slingshot Orbital Laboratory, an immersive space simulation tool for the Space Force. This includes a $1 million Small Business Innovation Research (SBIR) Phase 2 contract from the United States Space Force and an additional $1 million from ATX Venture Partners. The company has partnered with THE THIRD FLOOR, the world’s leading visualization studio helping realize blockbuster films and shows such as Gravity, The Martian and The Mandalorian, to co-create a space visualization solution that is interactive and physics-based.

“Space operators need to understand complicated concepts like astrodynamics, the effects of various items in orbit, and how spacecrafts maneuver among other objects in space—all of which demand more adaptive, interactive, and tailorable educational tools than what we are currently using,” said Col. Max Lantz, Commandant, National Security Space Institute, United States Air Force. “Building an immersive environment to drive better comprehension of these foundational theories will be vital to support the Space Force.”

Slingshot Orbital Laboratory will be an easy-to-use tool that is suitable for current and future space operators, whether the individual has a GED or a PhD. Slingshot Aerospace will create a solution to teach students and seasoned professionals the fundamentals of space domain awareness, including complex astrodynamics. Its purpose is to provide a new, modern, and engaging way to perceive, comprehend, and predict object relations in space and orbital scenarios.

For this contract, Slingshot Aerospace will provide the space domain and data expertise while THE THIRD FLOOR will be responsible for the visualization component of the Slingshot Orbital Laboratory. Together, the two companies will work to close the gap of easy to use interactive visualization technologies. The first iteration of the technology will be optimized for personal computers, but the Slingshot Orbital Laboratory will be built with multi-platform AR/VR solutions in mind.

“We are designing a tool for the Space Force to better prepare teams for the complexities of space and to maintain superiority in this contested domain,” said Melanie Stricklan, Co-Founder and Chief Strategy Officer, Slingshot Aerospace. “The goal of the Slingshot Orbital Laboratory as an educational tool is to help forge the next generation of Space Force leaders, and it will also be designed with real-world capabilities that can help Space Force operational centers nationwide with scenario planning.”

Slingshot Orbital Laboratory will leverage capabilities from the Slingshot Platform and Slingshot Orbital products to provide students with the ability to govern their own virtual universe, allowing them to learn foundational theories that will lead to better and faster decision making. The tool will allow students to manage time, adjust the orbital elements of real or synthetic satellites or other objects, and toggle various aspects of the physics to be on or off. Additionally, users will have the ability to explore orbital and satellite parameters streaming across the interface in real-time, allowing students to visualize and analyze orbit characteristics.

These features can be used to easily create orbits; gain intuition of orbital mechanics governed by complex physics; quickly and easily design complex scenarios like launch profiles and spacecraft-to-spacecraft rendezvous; draw connections to multi-domain factors such as land and sea coverage and geopolitical influences, and more -- all within a state-of-the-art, immersive visualization environment.

“It is an honor to team up with the leading company in space situational awareness, and work alongside Slingshot Aerospace’s esteemed data experts to deliver the most accurate space training system the world has ever seen,” said Chris Edwards, CEO of THE THIRD FLOOR. “We are known for visualizing many of the most incredible Hollywood productions, but this seminal U.S. Space Force project gives us an opportunity to make a real-world impact on our country’s national security.”

Slingshot Aerospace aims to disrupt a $51.5 billion market by significantly improving the value of data with proprietary advanced analytics and computer vision. The company delivers a situational intelligence platform that provides a customizable solution to quickly navigate, analyze, and leverage data from earth and space to enable informed decision making. 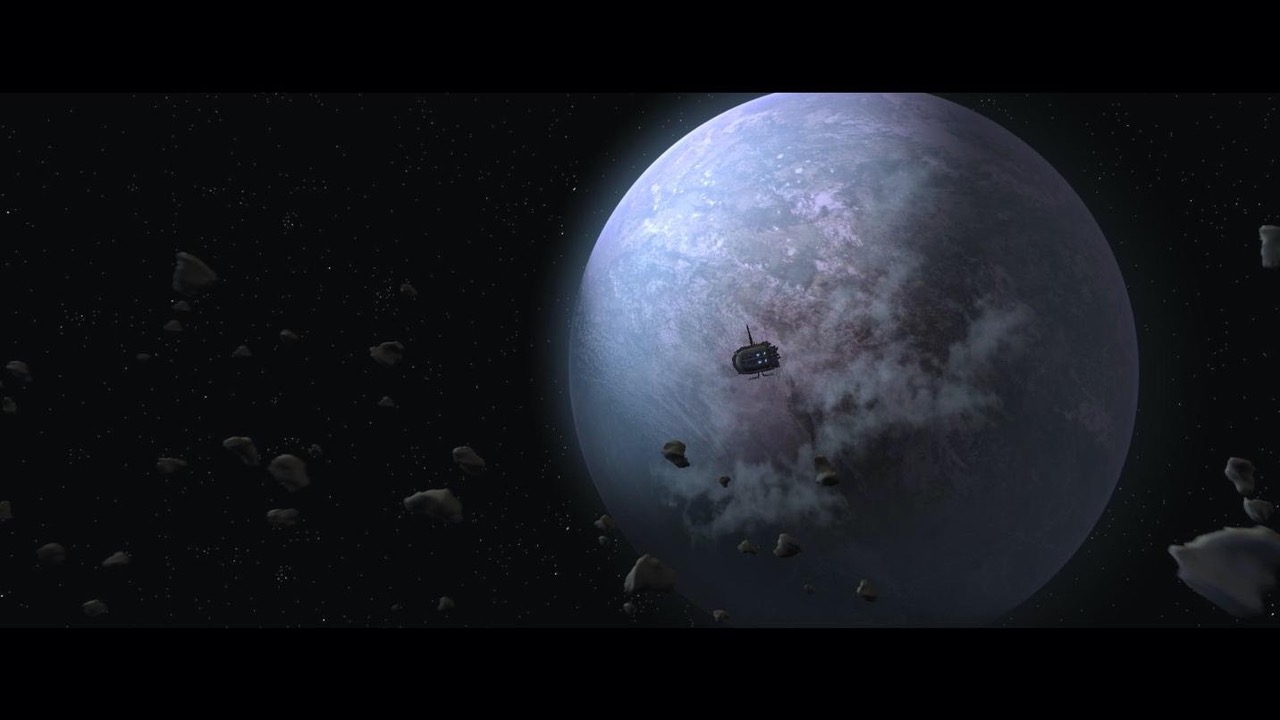 Slingshot Aerospace, Inc. aims to change the way organizations across industries leverage data from earth and space with its situational intelligence platform. The company empowers organizations to quickly navigate, analyze, and leverage data from different sources - such as satellites, airplanes, drones, and ground-based sensors - and applies advanced analytics, machine learning, and collaboration tools to provide clarity in complex environments. Launched in 2017 and based in Austin, TX, and Los Angeles, CA, Slingshot Aerospace seeks to help government, commercial, and emergency management customers build a safer and more sustainable world. Visit slingshotaerospace.com and follow Slingshot Aerospace on Twitter, Facebook and LinkedIn.

About THE THIRD FLOOR

Since its founding in 2004, THE THIRD FLOOR has contributed to breakthrough projects from Avatar to The Mandalorian.  Recent credits include Black Widow, Avengers: Endgame, Joker, Alita: Battle Angel and Spider-Man: Far From Home, series such as Watchmen, The Boys and Game of Thrones, and projects across commercial advertising, interactive media and video games. THE THIRD FLOOR has received five Emmy Awards, multiple Visual Effect Society (VES) awards, a Lumiere Award and a Clio.  For further information and credits, please visit thethirdfloorinc.com.